of the Coldsnap Martyrs were concepted as spellcasters blowing dust from their palms into magical energy. The transforming dust represents the card’s activated ability going off, giving a visual cue to the similarities of the mechanical cycle. Each Martyr was illustrated by a different artist: Martyr of Sands, Martyr of Frost, Martyr of Ashes, Martyr of Bones, and Martyr of Spores.

Dan Scott chose to hide a little Easter egg in his finished art of Martyr of Spores. It’s a subtle reference to Coldsnap’s inclusion in Ice Age block. Can you find it? 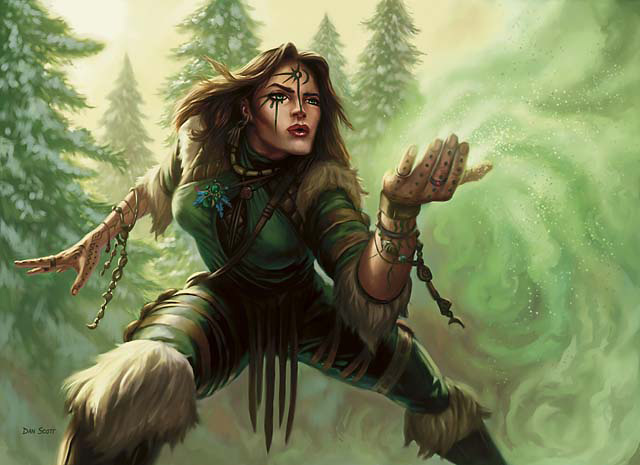 The shaman in the picture is wearing a Malachite Talisman, an Ice Age artifact that triggers on green spells, around her neck.