that I've had a chance to say hello, let's start hitting the books.

Heads up from the world of Vintage:

A bit of tournament rules history 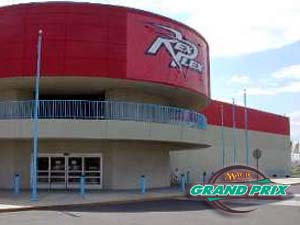 Alright class, it's time to hop on the Magic bus! Our first Saturday School field trip takes us to Elizabeth, New Jersey for Grand Prix New Jersey. The GPNJ venue has hosted Regionals as well as the NJ prereleases, but it's better known as a recreational sports complex. From the GP room we could overlook bumper cars and indoor soccer fields with paintball and rock climbing as well. David Vogin was flown in from France to head judge, and here are the types of questions that pro players and up-and-comers threw at the staff last weekend.

The second most important rules document is the Universal Tournament Rules. The Comprehensive Rules cover Magic as a game. The UTR covers tournaments in general. Shortly after that is the MtG Floor Rules in specific. And for the highest level events, there is the High Level Tournament Information document. Should these rules be broken, the Penalty Guidelines will then offer ideas on what to do.

The most commonly referenced document, however, is the Oracle Card Database, but it is just a “dictionary” of cards and doesn't contain any actual rules.