Fifth Dawn card Eyes of the Watcher depicts Memnarch in his scrying tower.

Eyes of the Watcher art by Ron Spears

The tower, known as the Panopticon, allows Memnarch to keep track of all of the plane of Mirrodin. Note how in the art, Memnarch can see the Oxidda mountains, a shot of the Lumengrid, and other scenes. Note that the card Darksteel Citadel shows an exterior shot of Memnarch's Panopticon.

The word "panopticon" refers to a design for a type of prison by Jeremy Bentham in the 1700s. The design called for a radial layout of cells with the prison warden at the center, allowing the warden to see all the inmates at once. The principle of the panopticon was later used as a sociopolitical metaphor by philosopher Michel Foucault.

For more on the "Watcher" depicted on Eyes of the Watcher, check out this style guide shot of Memnarch. (The term for the mind-expanding liquid derived from blinkmoths, labeled as "lymph" here, later became "serum," as referenced in cards like Serum Visions and Serum Tank.) 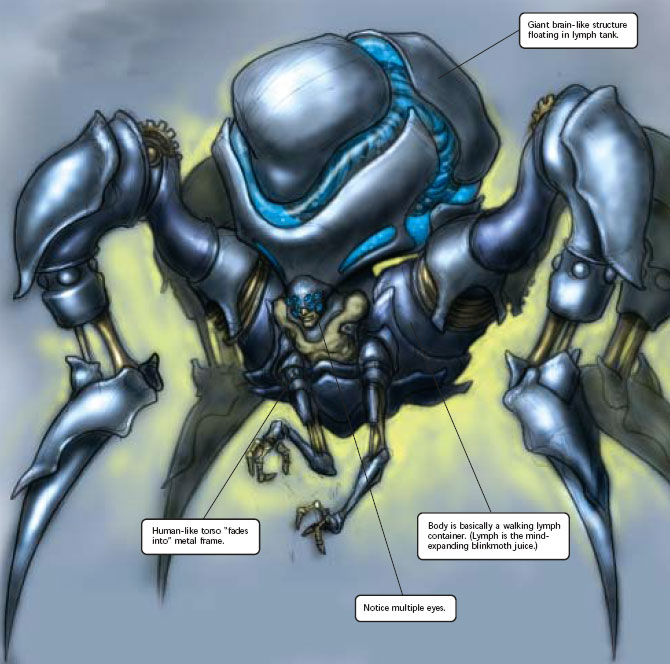