you were wondering where Swimming with Sharks was last week, it was substituted temporarily with "turkey day." That's a bit of a misnomer, however; due to my distaste for turkey, that most sandy tasting (if “tasting” can even be applied to so flavorless a bird) and dry traditional pabulum, at casa Flores, we had duck.

Even with no Swimming with Sharks to keep you updated, the Extended PTQ season has – believe it or not – rolled forward relentlessly, with strange and wonderful new developments popping up around the country and around the world. Since this is sort of a catch up week, we're going to start with some of the decks that I am absolutely, positively, 100% certain you have not seen yet from last week, and then move on to this past weekend's PTQ and GP results.

Jim “Rotting Giant” Roy has in recent months built a reputation for himself as an oddball – and oddly successful – deck designer. Advocating the idea of “threat diversity” over the more commonly held ideals of redundancy and maximum card utility, Jim's recent accomplishments include a great finish at 2005 Champs with a Gifts Ungiven / Blue Control hybrid; more impressively is his first place finish at PTQ Edmonton with a deck that defies any kind of archetype slotting.

I really like beatdown decks, “Zoo” decks, what have you. I cram Kird Apes into any sort of Red Deck Wins that I possibly can, and have even tricked top players into following suit (just ask poor Chris Manning, Billy Moreno, and Steve Sadin about Legacy in Philly); never in my career has the following thought run through my head:

“You know what would be really great in my Kird Ape / Vinelasher Kudzu beatdown deck?

And yet, there he is, there is good old Dr. Teeth in yet another successful deck. I suppose Psychatog is the best creature of all time, capable of winning games no other creature can, doing so much more than his cost of three meager mana would impy… I suppose that in a deck that is already touching for Swamps and Islands for Tribal Flames support, that Psychatog is as reasonable as any other three drop.

Jim's deck has a strong array of drops all along the curve, with about seven two-power creatures for one mana, following up with superb two drops… the hateful Kataki, War's Wage, the newly popular Great One (Dark Confidant)… But the real something special in Jim's deck is Vinelasher Kudzu. While the Kudzu has seen play in at least one successful deck since the coming of the City of Guilds, it has probably never been as impressive as it is in a deck like this one. With fifteen big Onslaught duals (the most I have ever seen in a single list), Vinelasher Kudzu can be extremely explosive extremely quickly.

Borrowing a page from Tsuyoshi Fujita's book, the Roy five color beatdown deck has only nine mana producing lands… even fewer than the count in Fujita's Boros Deck Wins. Nevertheless, the low cost of all of Jim's creatures combined with the versatility of Onslaught and Ravnica dual lands makes hitting his drops much simpler than we might initially assume.

Strange or no, this is yet another offbeat – yet surprisingly successful – build from one of Magic's up and coming theorists.

Meanwhile, in Miami the same weekend, Ben Stark finished in second place with an old favorite. Ben, who was in the Top 8 of PT Kobe with a full compliment of Skullclamps, Arcbound Ravagers, and Disciples of the Vualt, traded in his double-mana-producing artifact lands for comes-into-play-tapped cycling lands in a wholly different block (flavored) deck:

Life From the Loam is without a doubt the most important spell to come out of Ravnica so far for constructed Magic; it has redefined how we build basic archetypes and has bent even the classic B/U Psychatog deck into a Dredge-and-draw card advantage machine. The most surprising thing about Ben's Astral Slide deck is that the strategy isn't more widespread!

Everyone from U/G Madness to the CAL deck is breaking cycling lands with Life from the Loam… doesn't it just make sense for the cycling lands deck to take advantage of the most consistent card drawing engine in Extended? I mean back when Onslaught was printed, players were claiming that R&D had built the deck for them it was so synergistic!

From the beginning, the R/W Astral Slide deck has had an advantage against creature decks. Even at the height of Goblin superpowers in-block, Astral Slide had the little Red men's number. With the best of the beatdown decks crippled – Affinity missing its Disciples of the Vault, both Goblins and Affinity down their Aether Vials – the advantage that Astral Slide can press is greater than ever. At the same time, Astral Slide is in a unique position to take advantage of the rest of the format. If everyone is trying to break Tranquil Thicket… isn't the best strategy to have a Lightning Rift down on turn two? It has got to be a huge disincentive for most players to cycle when the opponent can basically tap a mana to Shock them each and every time.

“It's like Necropotence, but much, much, worse.”
-Flavor text on Lightning Rift

Overall, this deck is conditionally an unbeatable choice… depending on the metagame. Remember, Ben only finished second in his PTQ. The good match-ups are insane for Astral Slide, but the bad matches are next to impossible. At the top of the Astral Slide enemies list is Heartbeat of Spring… and it was that deck that took down Ben in the finals at Miami. Even with a lone Swamp in the deck (available via Rampant Growth, Sakura-Tribe Elder, or Krosan Tusker) just to play Cranial Extraction out of the board, the match-up against Mind's Desire remains daunting.

Lightning Rift was arguably the best card in Onslaught Block. It killed weenie creatures two-for-one turn after turn; even against a control deck like Psychatog, it represents guaranteed damage that can't be blocked, can't really be countered. The problem is that while Lightning Rift is efficient, it is also slow. A Heartbeat deck can easily win the game in the time that it takes an Astral Slide deck to Rift it to death two points at a time. Moreover, Astral Slide is a deck that thrives on interaction. It is at its best when killing creatures with Wrath of God or Lightning Rift, or making them disappear and reappear with Astral Slide itself; against a deck where its interactive elements lack good footholds, the deck itself is commensurately ineffective. 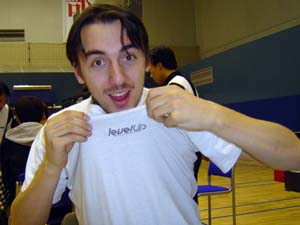 Now a deck that is quite similar in philosophy to Astral Slide, and one that has been quietly dominating the Grand Prix scene, is the CAL. When the CAL came on the scene in the Top 8 of Kitakyuushuu, it seemed another one of those odd decks that makes a splash via pure roguishness but is never heard from again. Apparently in this case, the strange rogue deck in fact becomes the dominant archetype.

Two weeks later, Level VI Mage Olivier Ruel traded in his (admittedly loyal) triple Ravagers for the CAL and upgraded himself from Top 8 to Grand Prix Champion. Most recently, Ruel repeated his Grand Prix Top 8 dominance, but it was Dong Zhong who took top honors in Beijing with his copy of the CAL. 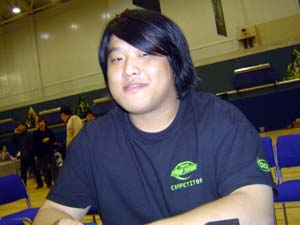 Especially with the innovation of Dark Confidant in the deck (Makihito Mihara's version in Kitakyuushuu lacked the Ravnica two drop, playing Zombie Infestation instead), the CAL can offset the downside of Solitary Confinement, as well as draw into its action early game with greater regularity. The long term power of the CAL comes from Seismic Assault, which is basically a more mana efficient Lightning Rift after you get past the whole insane colored mana requirements part. But with Onslaught and Ravnica duals again to the rescue,

becomes an easy cast for this dedicated four color deck.

Genesis / Solitary Confinement decks have been successful across different formats since Odyssey Block. Most of the ones in the past have been blue control decks with Counterspells that won with random things like decking or Spirit Cairns. The CAL's Solitary Confinements are better than any others… rather than just holding down Nantuko Shades, these Confinements hold off Duresses or Orim's Chants and keep Brain Freezes at bay.

Due to the enormous number of exciting Grand Prix events, the interloper Legacy inflicted on the Extended season, and, yes, “turkey day,” we have had fewer weekly PTQ tallies than usual. I correct this presently:

The current Extended is one of the most vibrant formats in ages. It is full of life and diversity, with the possibility of playing eight different decks in eight Swiss rounds of a PTQ a very real possibility. The only downside of a format like this is that it is difficult to prepare for every opponent exhaustively.