to another round of Morningtide sketches!

Action: A kithkin hedge-wizard crouches next to a wide stump that appears to have a rich feast laid out on its flat surface. But as the kithkin releases dust from his hand, the breeze blows the dust over the feast and reveals it for what it is: rotten fruit, moldy bread, and rocks.
Focus: the kithkin's dust-magic that dispels the illusion
Mood: If it's too good to be true, it's likely false. 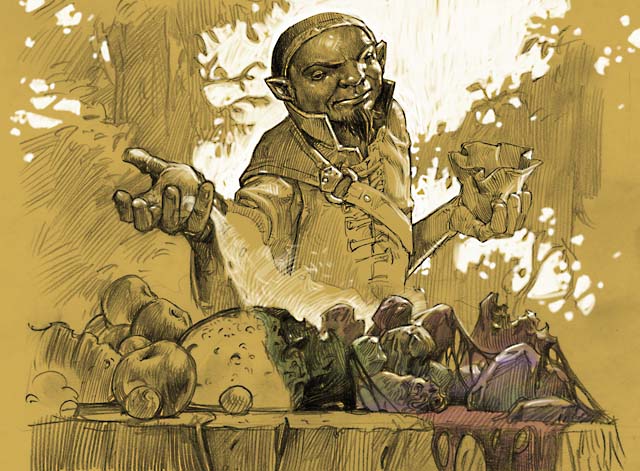 Action: Show a boggart "spymaster" (which is a pretty funny concept) leaning in to whisper in the ear of a boggart matriarch. The spymaster is picking at his fingernails with a ramshackle knife of some kind as he talks. Maybe he has an eyepatch made from a mushroom cap or something.

The original version of Auntie's Snitch was too focused on the Auntie, not her spy: 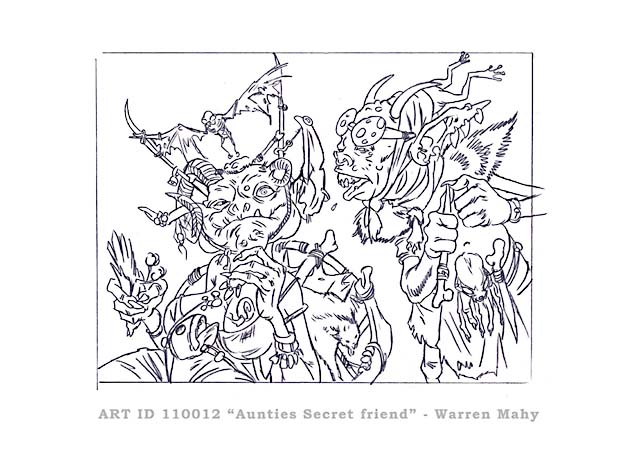 The second version redirected the eye to the subject of the card: 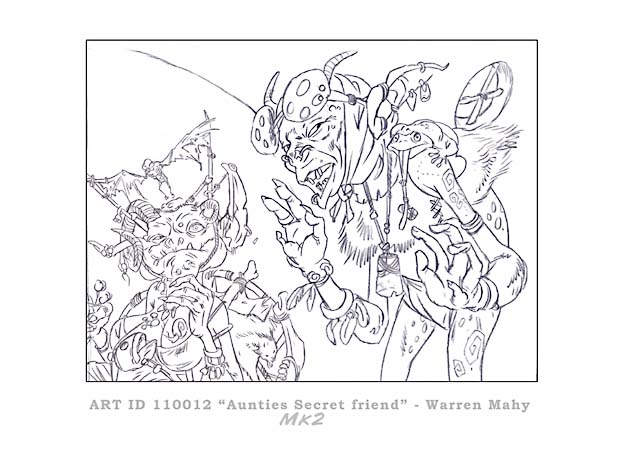 Action: This creature is an elemental, which on Lorwyn means it's a strange hybrid of surreal and animal elements that represents the "living magic" of an idea, thought, or dream. This elemental is like an enormous *flying* mudskipper -- about the same size as a whale -- and it leaves a noxious cloud of gas in its wake. It should look like it smells really bad. Show it from above in all its wet-skinned weirdness. On the ground below it, show a number of boggarts looking up at it, cheering, hooting, and hollering.

The key here turned out to be making it clear that the creature is flying, albeit not that far off the ground. 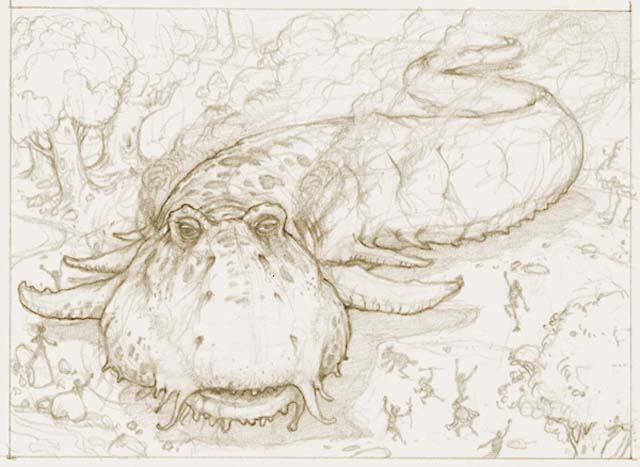 Action: Show a veteran elf who's a master (and teacher) of elven archery. He's pointing up in the sky at a giant plover (see see ref) overhead. He isn't holding his bow now, but we see a few knocked arrows cropping in from out of frame, that are targeting what he's pointing at.
Focus: The elf bowmaster
Mood: Trained expertise 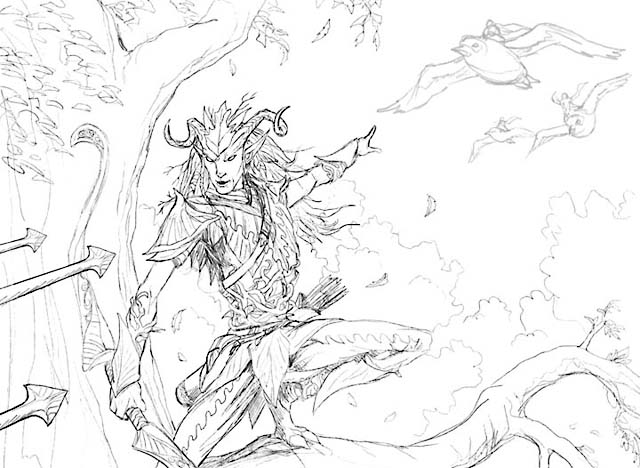 Card Concept
Color: blue spell
Action: Show a boggart 'spy' in a hay ghillie suit peering into the window of kithkin study (we see over the goblins shoulder, through the window... a kith cleric sitting completely absorbed in his studies). The gag is that the boggart spy is 'reading' the possible outcomes of his trespassing as reflected scenes on each of the 4 sections of glass in the window pane.
Notes: the important part here is a Boggart magically reading 4 possible outcomes of what he's about to do.

Zoltan Boros and Gabor Szikszai provided two interpretations of the idea of seeing four different possible futures. Mouse over to see which one won (and to get a closer look at the four futures!) 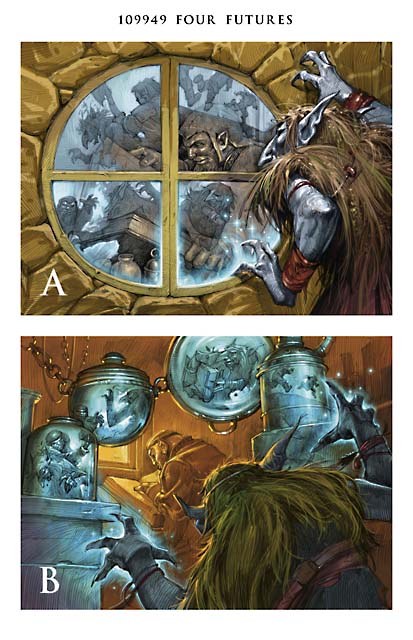