deem the Lost. Re-search the Deep. Re-vive the Fallen. Re-lease the Ants. Re-cross the Paths. Five Morningtide cards that re-cursively re-ward you for re-peatedly clashing. 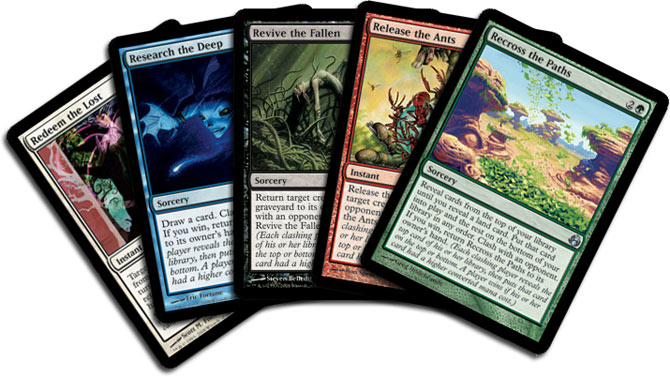 Ah, but can you name the sixth re-card that comes back to your hand if you win the clash?