FNM at Home, With Your Local Store, And on MTG Arena

Since publishing this article, we've expanded the FNM at Home program! You should continue to check with your local game store to see if they're running FNM or other events online during this time.

This week, we'll begin a regular series of weekly updates detailing how we're working to connect the community to their local game stores, how we're assisting stores, and more things we're doing to support the Magic: The Gathering community during a time when "The Gathering" part has become difficult to impossible.

In the meantime, we wanted to roll out a program to begin connecting local game stores to their players as a first step. There's more to come, but we wanted to do something fun to begin forging online connections between you and your local store. That's why this week, we're kicking off Friday Night Magic at Home.

Here's how it's going to work—for the next three weekends (and possibly beyond), we will be holding Friday Night Magic events on Magic: The Gathering Arena but letting stores give out some of the rewards by creating or utilizing existing online communities. (Don't worry—if your store doesn't have an online presence, we've begun working with stores to help set up Discord servers.)

Play at home, connect to your store, earn more rewards.

Let's start with the event details:

FNM at Home (in MTG Arena)

Ensuring the health and wellbeing of our employees, fans, and partners remains our top priority, and we will continue to support local communities and stores from the safe distance of online play. In addition to other key initiatives, we'll be continuing our FNM at Home events through the Zendikar Rising season:

As before, these events will have no in-game entry fee and will reward rare or mythic rare individual card rewards (ICRs) for your first and second win. For those of you who connect with your participating WPN stores, you'll also be eligible to receive an additional promotional code that can be redeemed for extra in-game rewards. These will take the form of a MTG Arena Promo Pack code, inspired by the (you guessed it) promo packs you receive at your local store. 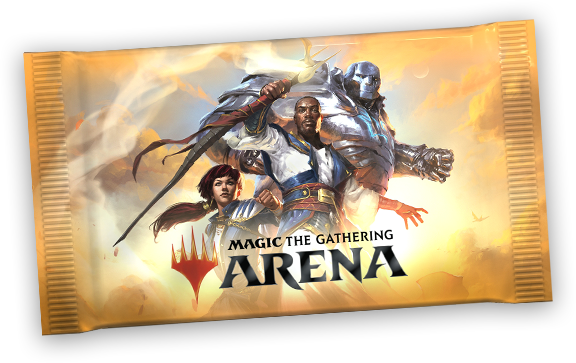 You'll be able to redeem up to one code every week, and each code redemption will reward you two in-game cosmetic items. To ensure that these rewards remain playable after the Zendikar Rising Standard rotation, the list of available rewards has been refreshed as of the September 18 FNM at Home event.

To fully experience these events, you'll need to connect online with your local game store. Here's how.

How to Get a Reward Code from Your Store

Some stores have robust online communities, and others will be forming them for the first time. If you're already part of such a community, great! Check with them and get connected.

If you aren't part of a local game store's online community, or if they don't have one set up, there are a couple ways you can get connected. One is to simply reach out to your store and ask. Another is to head to locator.wizards.com to find your local game store's website. Many of them have set up online communities through Discord, WhatsApp, and Facebook, so you may have to join or download one of those applications.

Step by step, here's how it works:

*Note: While supplies last. Not all stores are participating. Limit one code per account. Sharing a screenshot with your local game store does not guarantee you will receive a code.

There is so much more we're working on to connect players to their local stores and communities, and we're hoping this is a strong first step in laying the groundwork for more in the future. Local stores, like so many other small businesses, are going to need our help during this time. Support them however you can, but also make sure you're taking care of yourself by staying connected with friends and local communities.

Join the Strixhaven: School of Mages Prerelease Event on SpellTable by, Clayton Kroh

The halls of Strixhaven are about to open for its inaugural term, and student orientation begins with the Strixhaven: School of Mages Prerelease Event April 16–18. As a student of the el...

Commander (2021 Edition) Decklists by, Wizards of the Coast