This is a summary of the rules changes planned to come to Magic with the release of Dungeons & Dragons: Adventures in the Forgotten Realms. The most recently published rules can be found on our rules page. If there is a discrepancy between this summary and the official rules, the official rules take precedence.

The level bar on Class cards has some rules meaning, so it joins the numbers and symbols section right under chapter abilities found on Saga cards.

With the release of Adventures in the Forgotten Realms, dungeon cards joined the list of nontraditional Magic cards. To that end, the definition of traditional and nontraditional cards is changing to include them.

Dungeon and Class cards join the lists of card types and enchantment types, respectively. Dungeons also joined the list of card types that have no subtypes (205.3p).

This is the rule that tells us what happens to cards brought into the game from outside the game. It's being updated to allow dungeon cards to leave the game when they've been completed.

This rule is a dark and scary place full of traps, secret passageways, and monsters. That's right, this is the new keyword action rule for the venture into the dungeon.

The levels on Class cards don't interact with level counters and the level up ability found on older creature cards called "leveler cards," and some new subrules in those sections make that clear in case someone looks there to see how Class cards work.

A new state-based action tells us how and when to remove dungeon cards you've completed from the game.

This very classy section of the rules covers a new enchantment subtype—Class! The rest of the 700s moved down a number. (Even further than they already did for the "Rolling a Die" section, see below).

This is the rule that talks about bringing cards into a Commander game, a thing you usually can't do. It needed to be tweaked slightly to allow the same dungeon to be brought into the game multiple times by a player venturing into the dungeon. This doesn't change any other situation as it relates to bringing cards into a game of Commander.

Previously, costs paid to cast a spell or activate an ability could be paid in any order. However, this can cause some weird and nonintuitive situations when it comes to costs that involve random or unknown elements, such as the cost of rolling a die in Clay Golem's activated ability. In order to avoid those situations, this rule has been updated so that you pay these costs last. Note that this does not change when a player needs to activate mana abilities while casting a spell. All mana abilities must be activated before a player moves on to paying the costs of a spell or an ability.

Section 705 is where coin-flipping rules live, so section 706 seemed like the natural place for die-rolling rules. This section explains abilities that instruct you to roll a die and tells you how to interpret the results. Everything after that in the 700s moved down a number. That's a lot of number changes!

Flavor words are a new kind of italicized word found on some Magic cards. A new rules entry right under ability words explains that flavor words, like ability words and flavor text, have no rules meaning. 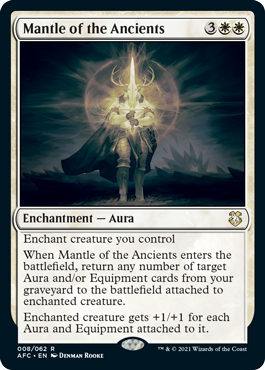 Valentin, Dean of the Vein has an interesting triggered ability that is linked to a replacement effect. In the last rules update, this rule was updated for Valentin to say that replacement effects can create reflexive triggered abilities. It turns out, however, that this caused Valentin's ability to be covered by two separate sets of rules! 607.2g (the same rule that covers the exert mechanic) already applied to it in a different way. The reflexive triggered ability rule has been reverted to its former text, and Valentin's ability is now only covered in the linked abilities section. 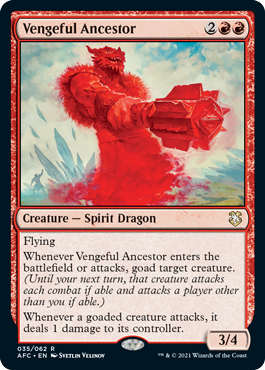 One card in this set, Vengeful Ancestor, really spurred me to action on changing a rule. You might say it provoked me. Prodded me? Hmm, can't find the right word. Anyway, this is the rule for the goad mechanic. While all the cards that already goad creatures should play functionally the same, the structure of the goad mechanic is changing somewhat dramatically. Goading a creature now gives it the "goaded" designation until your next turn. Similar to the monstrous designation, this allows spells and abilities to identify whether an object is goaded. The attacking requirements are also now built into that designation, which incidentally means that Auras which say a permanent "is goaded" now work without the special rule that existed just for them. That special rule has been removed. 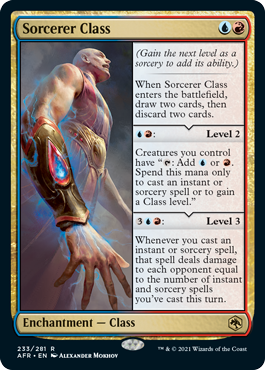