It's hard to think of two more iconic creature types in Magic than Goblins and Merfolk. (Except Turtles, obviously, but a Turtle Duel Deck would be way too powerful. The world isn't ready.) Both have been with us all the way since Limited Edition (Alpha), and have never really fallen off the radar even temporarily.

Shared history notwithstanding, these two tribes play very differently. They're not "black tea versus green tea" different—we're talking more like "a pack of angry chihuahuas versus a stately owl in a graduation cap" different.

Though they've appeared at least occasionally across all five of Magic's colors, the vast majority of Goblins are red, and they tend to exemplify red's focus on speed and heedless aggression. One Goblin left unchecked often leads to a Goblin army in a few short turns. They also aren't known for self-preservation, and have a nasty habit of exploding on opponents.

By contrast, Merfolk are tricky and slippery, and reside primarily in blue (although they, too, have technically appeared in every color). They don't generally race out of the gate quite as fast as Goblins, but can build an unstoppable advantage over a short time. With evasion, battlefield manipulation, and card advantage on their side, Merfolk have the tools to dominate the long game.

(Unnecessary fun fact: there is exactly one creature in Magic with the type "Merfolk Goblin." Biologists remain confused and kind of afraid.)

I'm a Gruul mage at heart, so I decided to pilot the mono-red Goblin deck first. Community manager Michelle took up the Merfolk. I was happy to be on the play, and while I was less happy not to have anything to play on turn one (which is like seventeen turns in Goblin time), a turn-two Krenko's Command made me feel much better. Then I felt really good when I followed that up with Goblin Rabblemaster and Goblin Chieftain on turns three and four, leading to this turn-four attack: 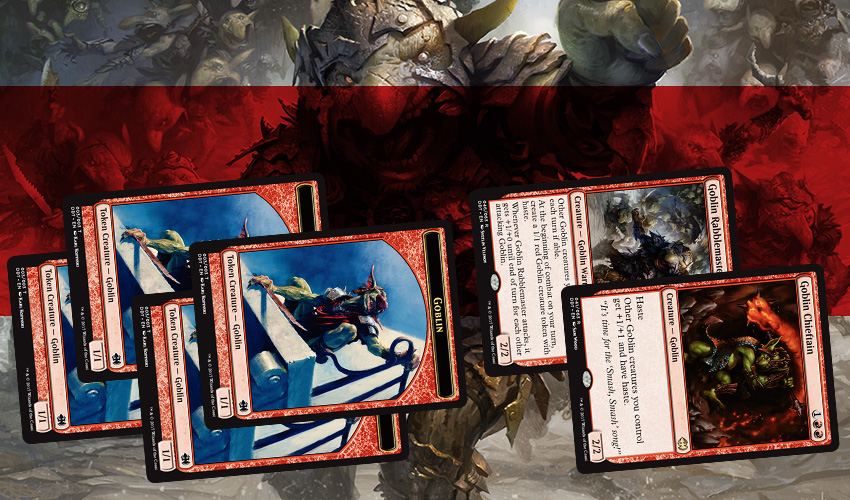 Yep, that's 18 points of screaming Goblin damage in total, and I was cackling maniacally (sorry, co-workers!) in anticipation of my crushing victory. However, Michelle is a crafty sea witch, and I maybe should have noticed all the untapped blue mana. My Rabblemaster was swallowed by a Tidal Wave, a well-timed Triton Tactics locked down two of my tokens, and I awkwardly stopped cackling.

The board stalled out for a few turns after that, with Michelle's Scroll Thief sneaking in and drawing her way too many cards. I shoved through some more damage with the help of Brute Strength, getting Michelle down to 3 life, but I was starting to fear that my Goblins had run out of momentum.

Until I topdecked Ghostfire, that is. A strangely colorless ball of flame to the face took care of those last 3 points of life, and the Goblins were victorious! (Side note on the weird power of Ghostfire: it's one of the only ways for the Goblin deck to take out Master of Waves. Ghostfire may seem red, but it's not, so it gets around the Master's protection.)

My next game wasn't so lucky, though. Pulling Tarfire with Goblin Ringleader's ability (it counts as a Goblin card!) felt great, and Boggart Brutes are good at menacing their way around Merfolk blockers, but the Merfolk tide was inexorable. I knew I was in trouble when Wake Thrasher hit the board amid a sea of tapped permanents, but I thought I could hold it off with disposable Goblins for at least a couple of turns. Then, next turn, Michelle played Master of the Pearl Trident, making Wake Thrasher unblockable thanks to an earlier Aquitect's Will, and I was thoroughly, unambiguously dead.

In the name of fairness (and getting to be the one drawing all the cards), I joined the Merfolk next, with co-worker Chris representing Team Goblin. Unsurprisingly, the Goblins hit the ground running in our first game, so I had to work hard to slow them down and stabilize the board. Fortunately, Master of the Pearl Trident plus Merfolk Sovereign made all my humble Merfolk into nice, beefy blockers, and with my hand only getting fuller, an aquatic victory started looking likely.

Chris had other ideas. Mid-combat, after I'd lined up a lovely series of profitable blocks, he cycled a Gempalm Incinerator to burn my poor Master of the Pearl Trident to a crisp. All my other Merfolk shrank, good blocks went bad, and I got punched in the face by some Goblins. But I was still alive . . . until, post-combat, Goblin Charbelcher hit the battlefield with a crash. Honestly, it was a pretty awesome way to die.

But Merfolk Nation and I got our revenge in the next game! The key? Double Rootwater Hunters coming out early. They pinged Goblin tokens to death as soon as they hit the battlefield (sniping them with blowguns from under the water, I assume) and slowed down Chris's army-building efforts marvelously. Krenko, Mob Boss threatened to turn things around, but luckily I was able to incapacitate him with Claustrophobia. I may have yelled something like "Yeah, just try and recruit your little Goblin mafia from inside that box. Oh, you can't? Nope!"

Finally, Master of Waves hit the battlefield with my devotion to blue at an all-time high, and I rode the resulting wave of Elementals to victory. 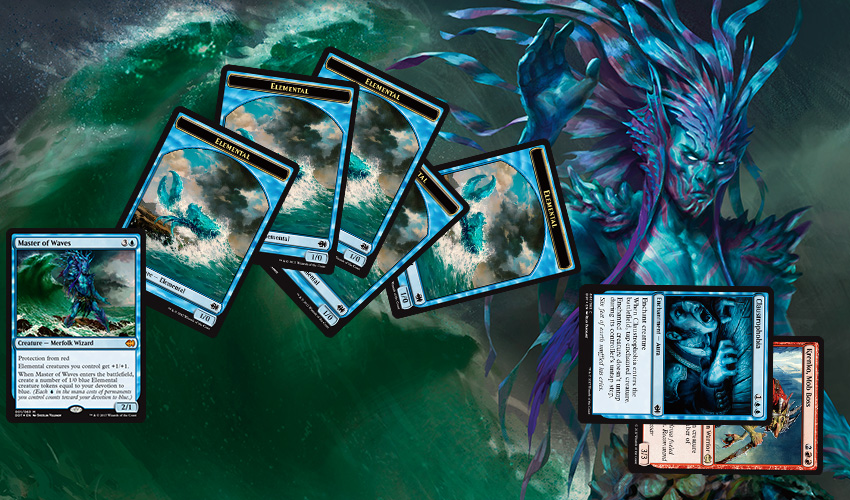 So, what did I learn from this delightfully educational experience? Well, not to get on my co-workers' bad sides, for one thing! But more importantly, momentum is important. Both these decks have multiple ways to win, and both can build up extensive synergistic board states capable of taking over the game. If you start to gain an advantage, press it. Of course, the details of that strategy will look pretty different for each deck, but when in doubt, keep the pressure on.

Duel Decks: Merfolk vs. Goblins comes out on November 10. Pick the decks up at your local game store, and happy battling! 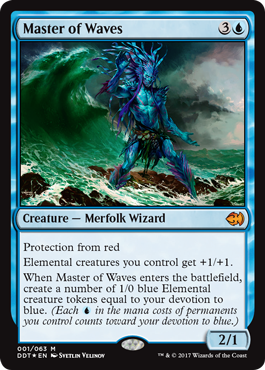 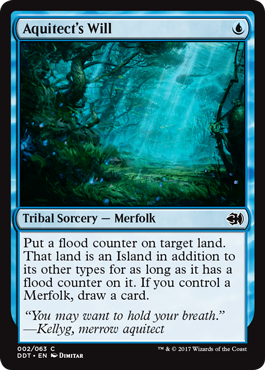 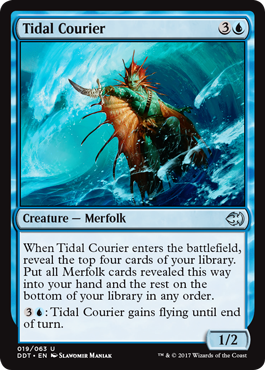 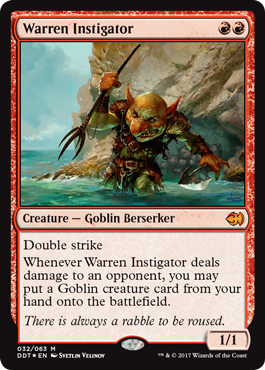 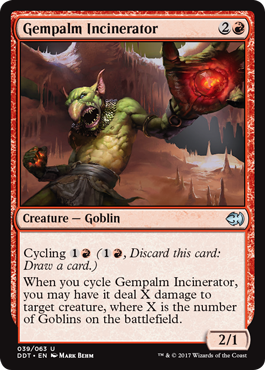 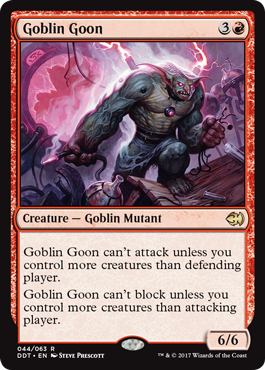 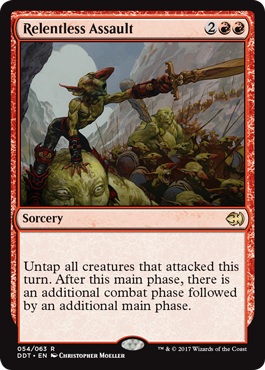 Love Your Local Game Store with More Summer of Legend Promos by, Wizards of the Coast

Love Your Local Game Store is back and bigger than before as the Summer of Legend continues! In-Store Retro Frame Promos If you've shopped in your local game store recently, you may hav...

Mystery Booster: Convention Edition Returns with In-Store Events by, Wizards of the Coast

The Summer of Legend continues with one of the most exciting features for in-store play: the return of Mystery Booster: Convention Edition! Beginning August 20, limited quantities of M...