When we revealed our Pride Across the Multiverse Secret Lair drop, a "Digital Zine" was also announced. Featuring artist interviews and a story beat starring Saheeli and Huatli, it's a digital magazine crafted in celebration of LGBTQIA2S+ creativity. 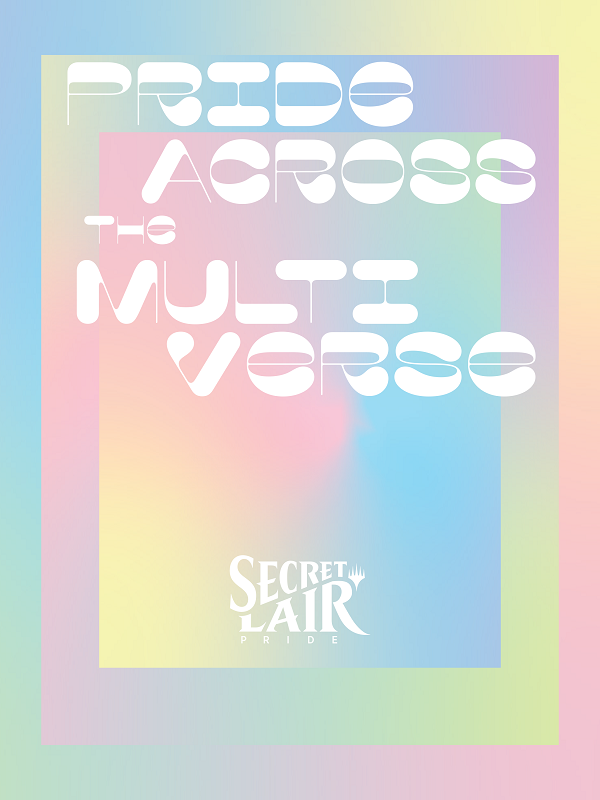 With Saheeli and Huatli's story available already, we wanted to share another part of the zine—this time an interview with Kieran Yanner about creating the artwork for Savor the Moment. 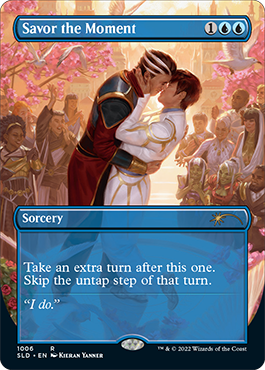 Below is the interview featured in the zine, formatted for DailyMTG. (The way it appears in the zine is a treat you'll want to see for yourself today!)

Interview with the artist Kieran Yanner

The moment came first for this card. When we talked about characters we loved and things we wanted to see, Ral and Tomik's wedding was one of the first ideas we had. Most of the time when we see these characters on Ravnica, there's some kind of conflict or distraction, but this card wasn't going to have to fight some universe-ending war for the spotlight. We wanted a card that expressed the idea that sometimes you can just let everything else fall away and savor a moment of joy.

From the start, we knew exactly who had to paint this piece. Kieran Yanner has such a history with these characters, and I am not one to say no to such a serendipitous moment.

Tell us a bit about your background!

I'm originally from Australia but have lived in the United States for the last 20 years and in the Pacific Northwest since 2008. I've been working for Wizards of the Coast since about 2005.

I had a hand in the development of Ral and Tomik's look and story several years ago, so getting the chance to illustrate their wedding was an awesome culmination of that journey.

Working with Stephanie on this project was a lot of fun! We worked through a few sketches before settling on this composition and moving to final. Being a married gay man myself, I know that ceremonies vary widely (mine was shotgun style in a converted shipping container), but I wanted to take a more "traditional" approach to elements—the flowers, the doves, the couple standing elevated and above the crowd. My last visit to Ravnica was shown in autumn so I wanted to portray a renewed springtime feel with the lighting and set.

What themes or emotions were you invoking with your piece?

Capturing the moment just before "the kiss" builds the feeling of anticipation as we know instinctively what comes next. It allows the viewer to fill in the next moments in their own mind, making it a unique personal experience to everyone.

Any specific details you want to highlight about your piece?

I hope the art is well received—there are countless ways we could have presented the union, but I felt relying on my gut and emotional investment was the right way to go.

For more from the Pride Across the Multiverse drop—available for preorder now—and its celebration for the LGBTQIA2S+ community, check out the announcement article, view the full zine today, and read the latest Magic story with Saheeli and Huatli.