Posted in Competitive Gaming on October 10, 2017

Sure, you watched the 2017 Magic World Championship this weekend. But the cameras didn't show you everything. They couldn't possibly. Fortunately, intrepid photographer Craig Gibson was on hand to document everything. I can't realistically show you every one of the hundreds of photos he took, but let me take you on a tour of the weekend through Gibson's lens. 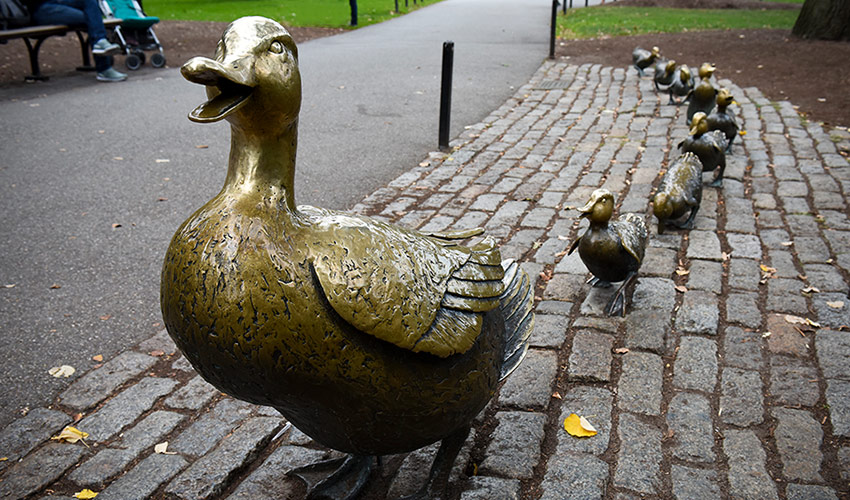 To the Castle at Park Plaza! Yes, that's a freakin' castle in the middle of Boston. 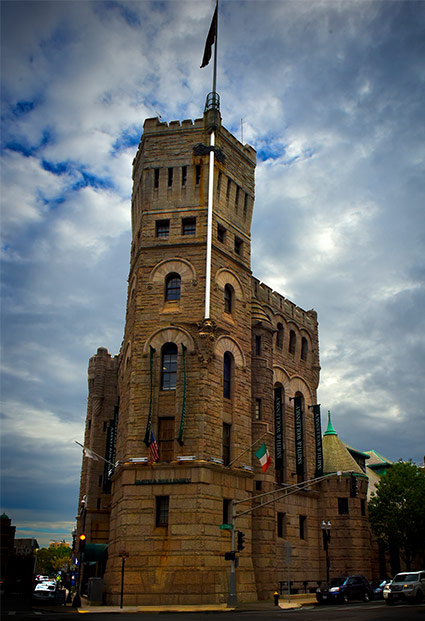 And the site of all of this—the 2017 Magic World Championship! 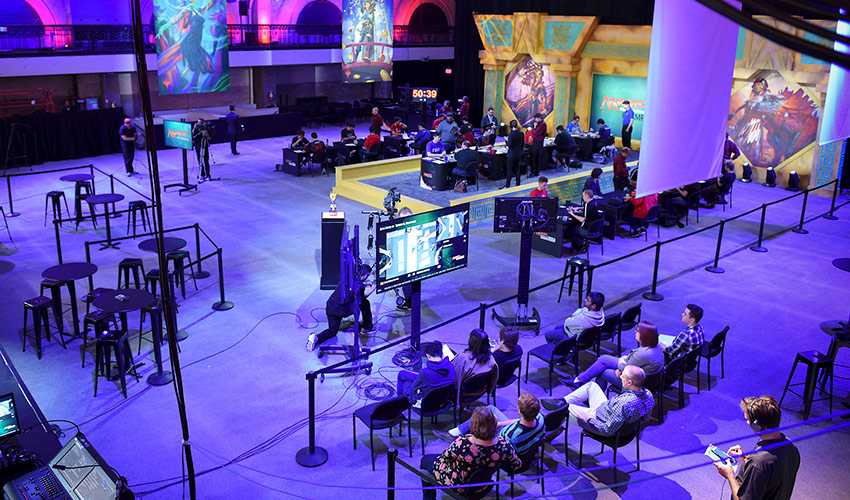 Here there be monsters! (Or scorekeepers and tournament assistants.) 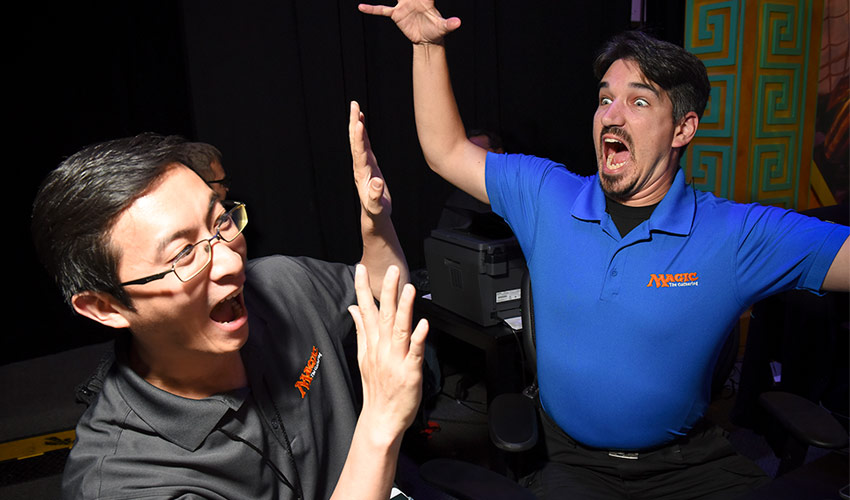 And heroes! (Or Japanese coverage staff broadcasting back to Japan.) 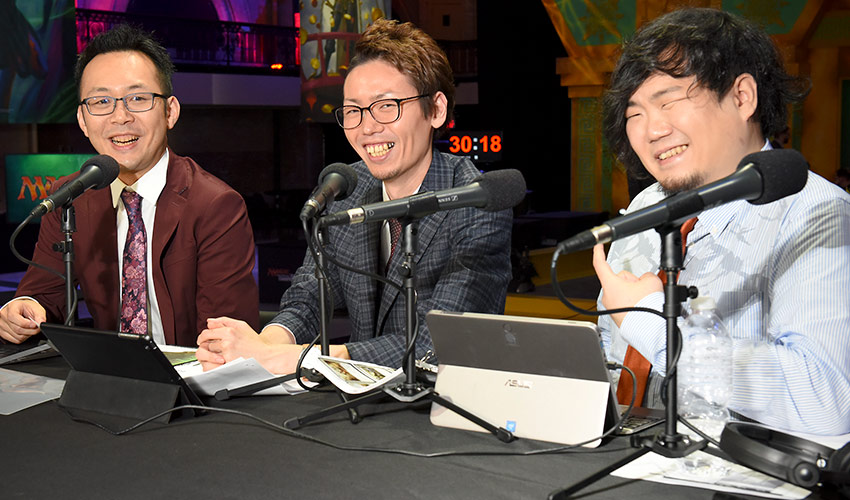 And, of course, friends (Or US broadcast professionals/bad joke aficionados). 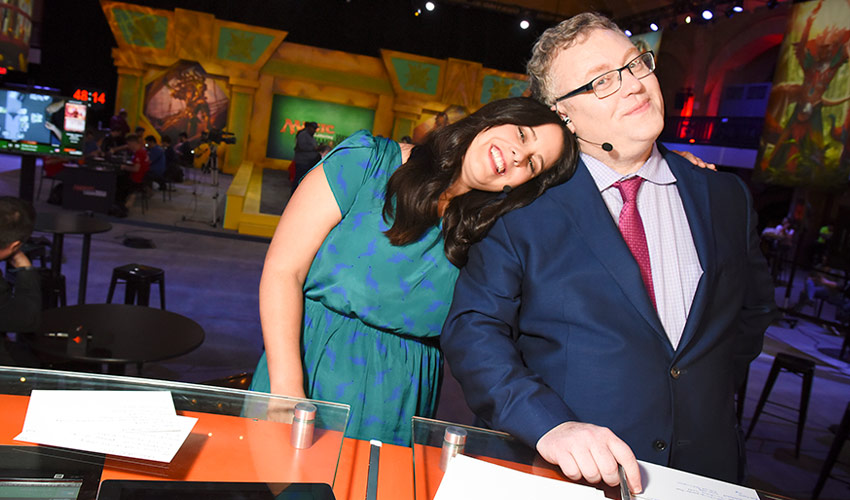 And, naturally, friendly foes. (That's Lucas Esper Berthoud on the left and Gerry Thompson on the right.) 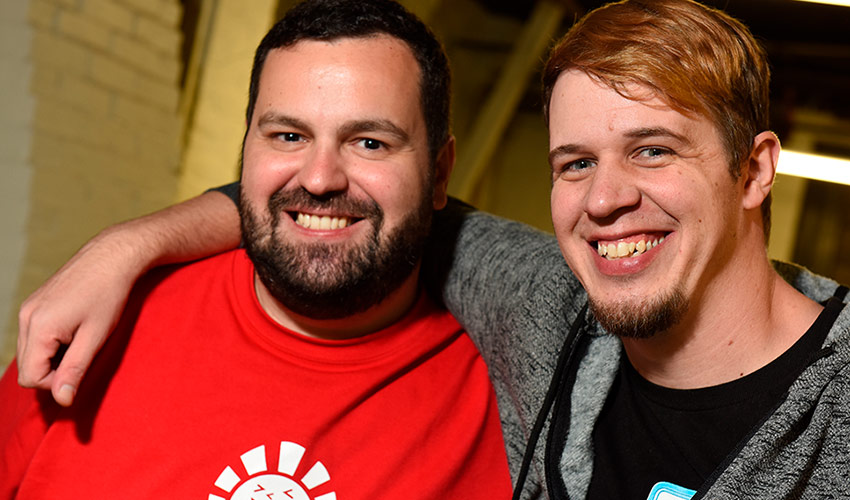 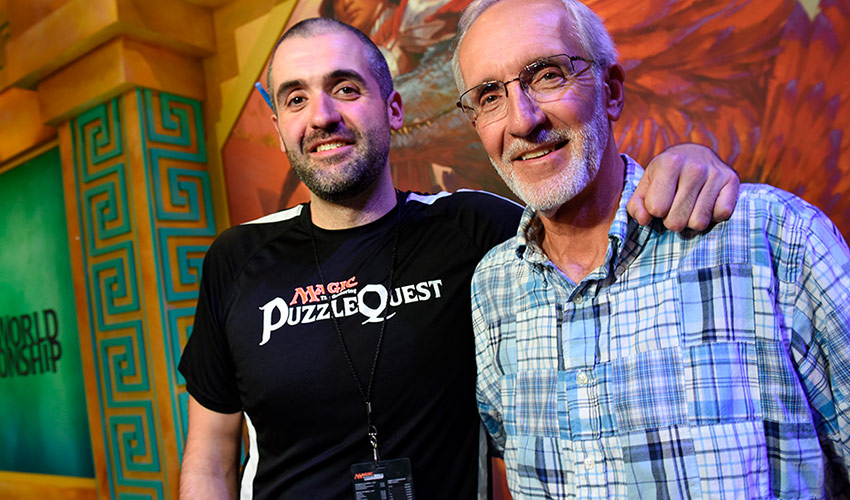 The competition started Thursday, as the two teams built their Sealed pools for the Pro Tour Team Series finals prior to the broadcast. Musashi's Yuuya Watanabe found a River's Rebuke he was pretty happy about. 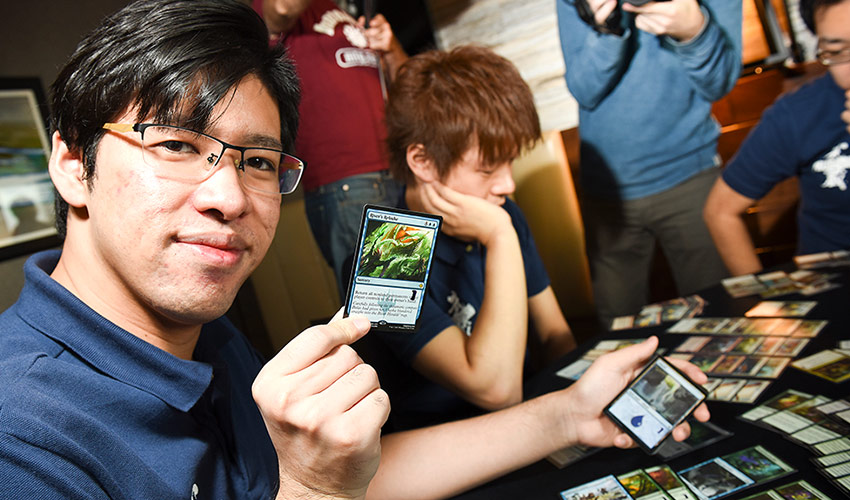 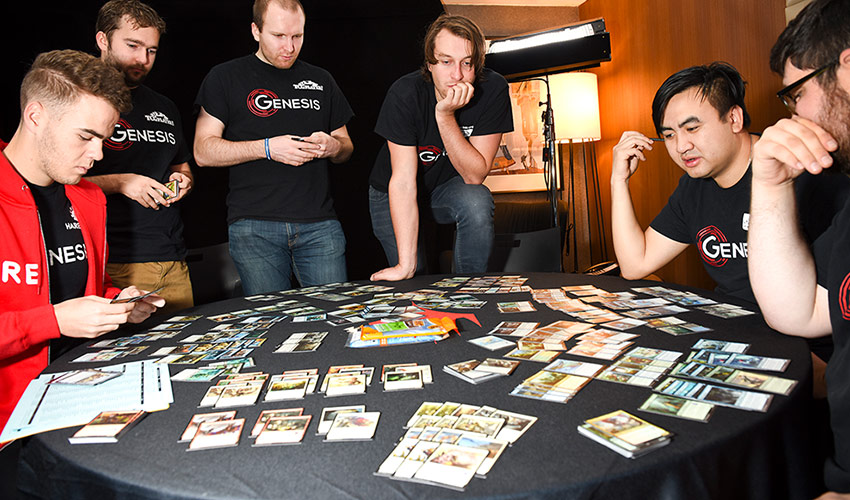 Friday started with a draft. On the left, Draft Master Martin Jůza started under the spotlight, while Javier Dominguez tried to hide from it. 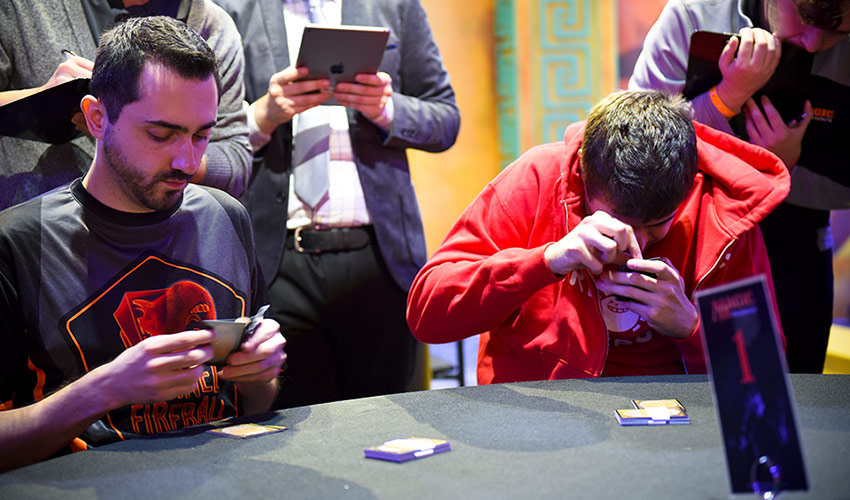 Though the competition was fierce, that didn't stop players from having a little fun . . . 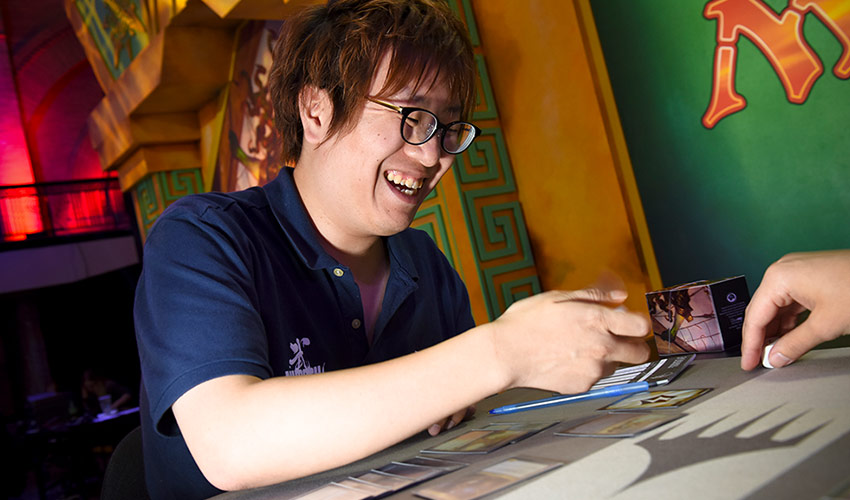 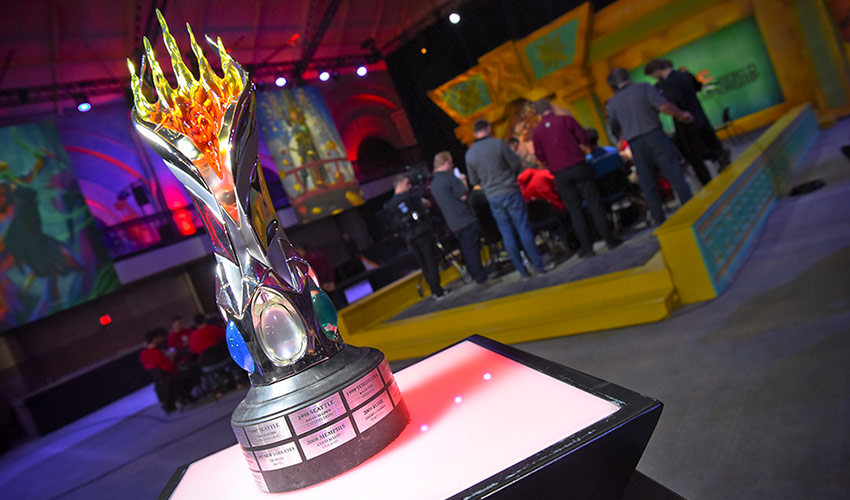 Over fourteen long rounds, things could get complicated. 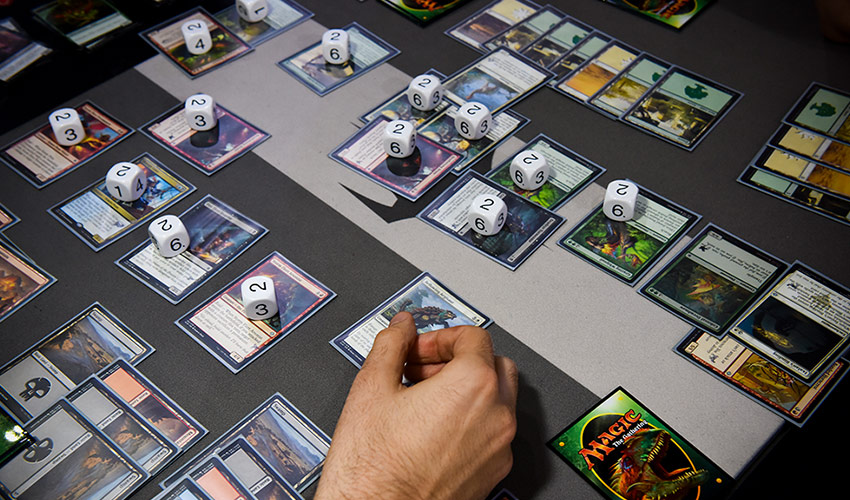 But the least complicated thing was William Jensen's path to the Top 4, as he happily dominated all weekend. 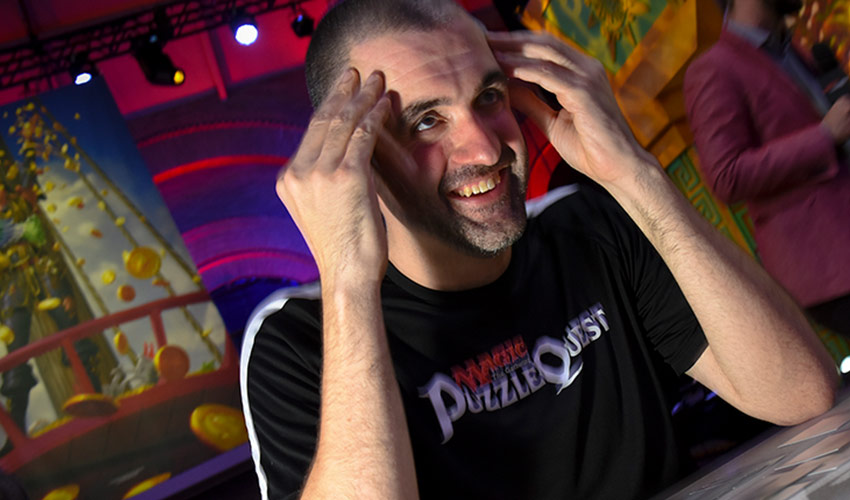 For a while, it looked like the rest of Peach Garden Oath (left to right: Reid Duke, Jensen, Owen Turtenwald) might make the Top 4 alongside Jensen. 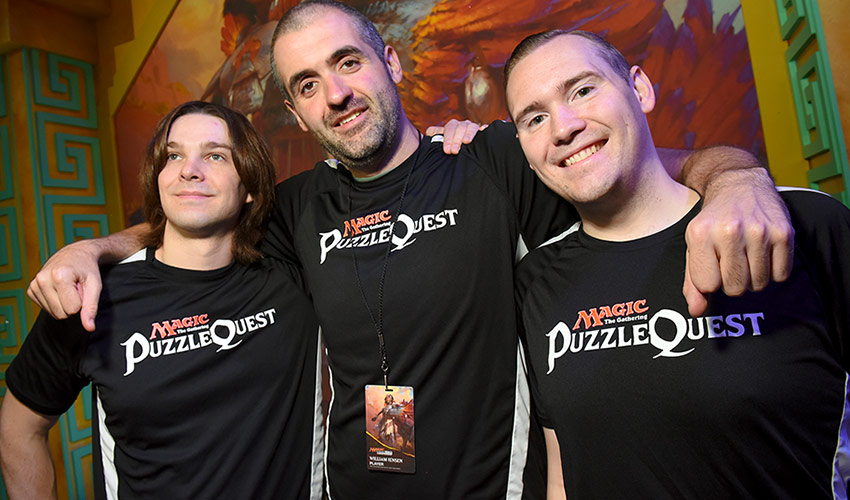 But first, Turtenwald fell, losing in the final round to fall to 8-6 on the weekend. 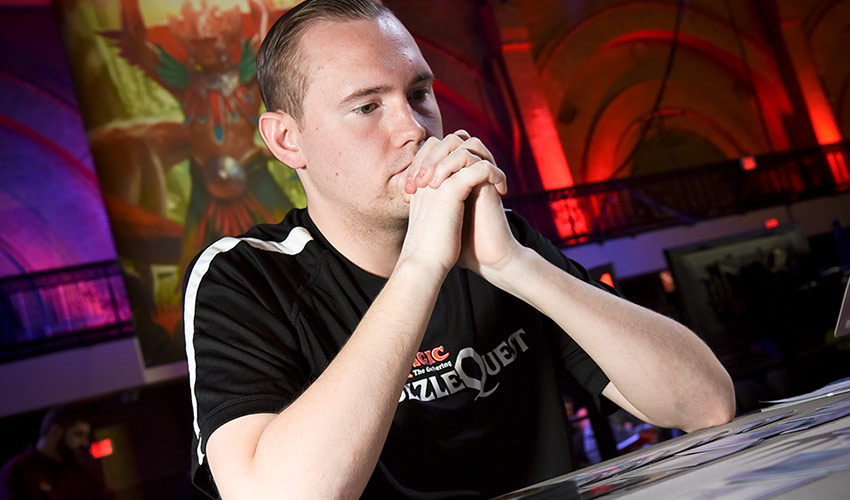 Then, down went Duke. He finished 9-5, but he had the worst tiebreakers of that group and ended up 5th. 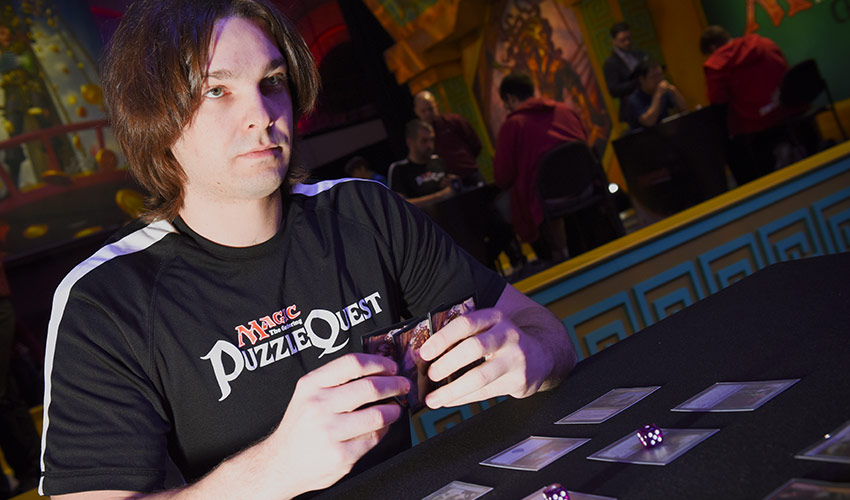 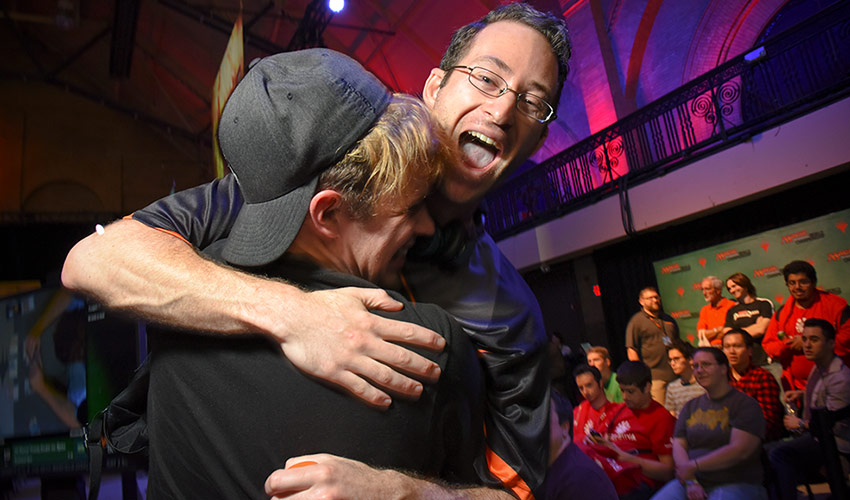 The Top 4 (from left to right) was Jensen, Utter-Leyton, Dominguez (no longer hiding), and Kelvin Chew. 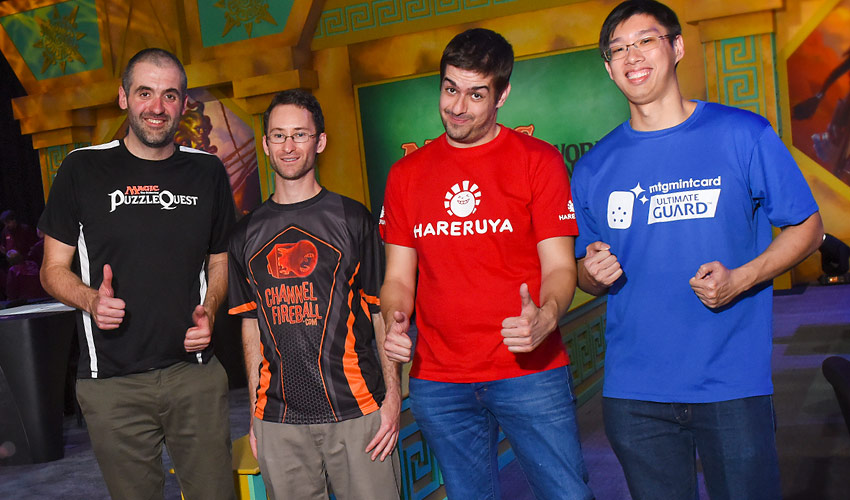 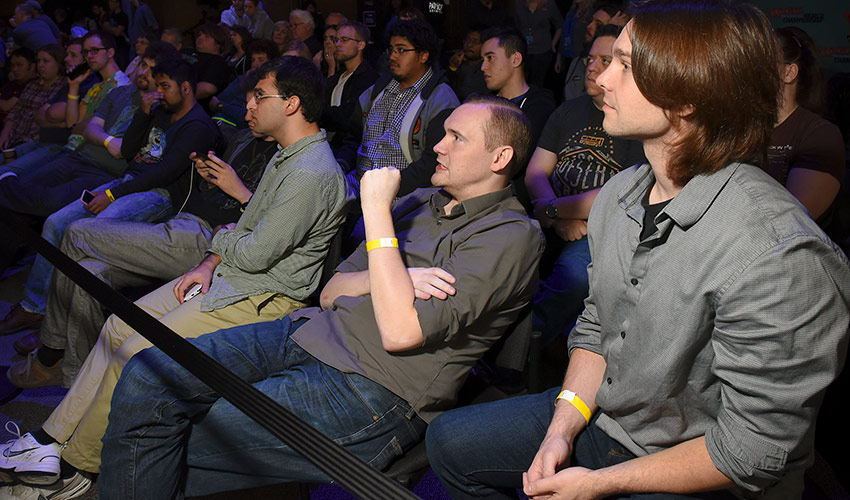 Next, Javier Dominguez quickly beat Josh Utter-Leyton 3-0. Dominguez, mind you, was the second player to beat Jensen in the Swiss rounds. 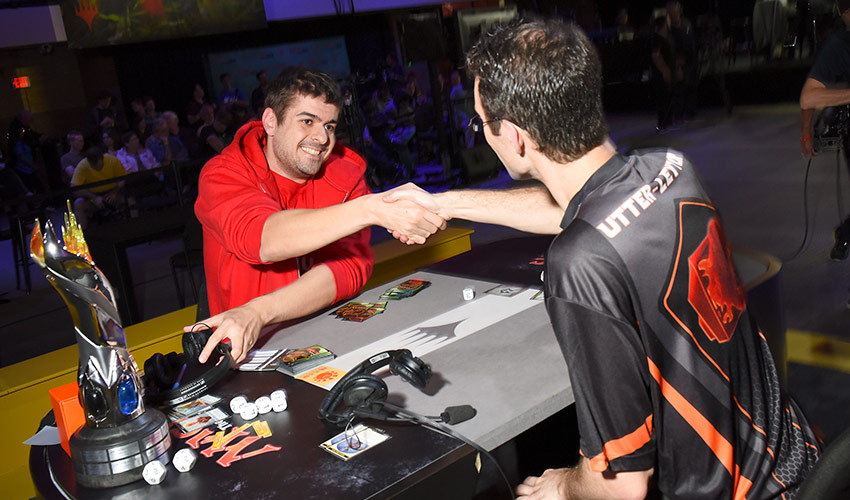 That led us to Huey Jensen Revenge Tour Stop 2: The Dominguezing. Jensen spent a good amount of time rubbing his head for the answer. Or luck. We're not sure. 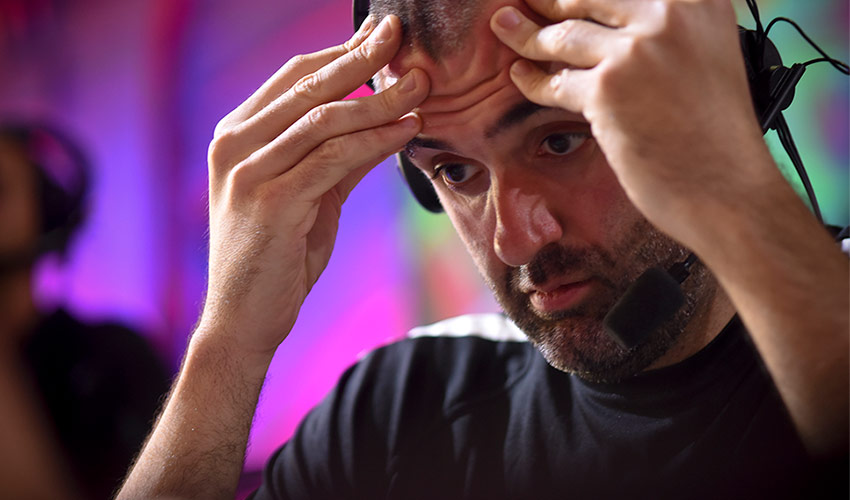 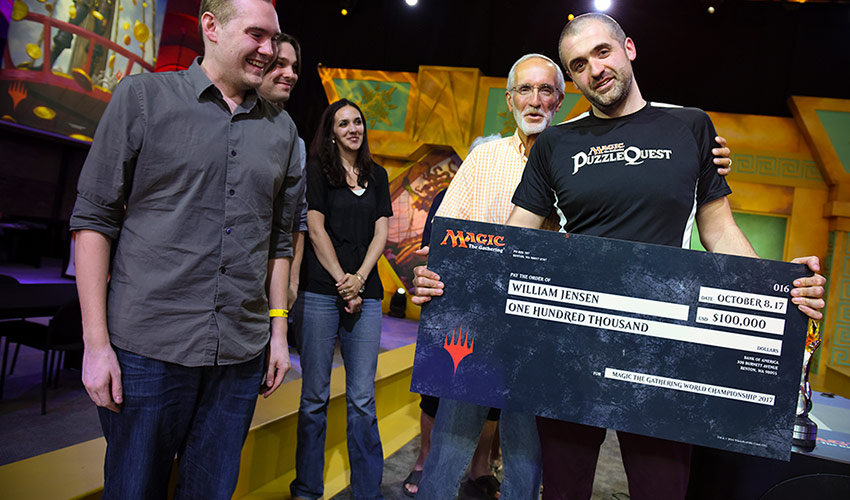 That means William "Huey" Jensen is the 2017 Magic World Champion! Congratulations to William Jensen! (And Reid. And Owen.) 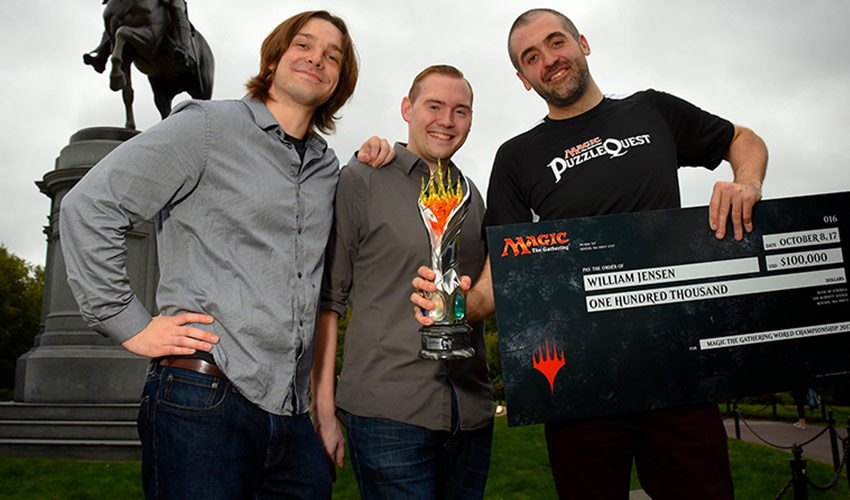 That's all from Boston! Until next time!

Posted in Competitive Gaming on October 10, 2017