Posted in Competitive Gaming on January 25, 2018

With 2018 under way, it's time to share with you some of the first details about this year's Nationals and the World Magic Cup!

The framework from last year will remain. The formats for each Nationals will be a mix of Standard Constructed and Booster Draft, with a Top 8 playoff of Standard. Players will be qualified to play for their country's Nationals by means of a Planeswalker Point threshold, ranging from 100 to 500 for each country.

Nationals events will take place on the following weekends:

We're also adjusting the Planeswalker Points requirement to play for four countries so that their Nationals are more accessible to their nation's competitive players. The following countries will see an adjustment:

Finally, we learned some lessons on what players are looking for in their respective events, and we collected a lot of feedback from various countries and players on last year's implementation. We're looking to adjust the Day One and Day Two requirements as well as the number of rounds held at each Nationals, dependent on the expected attendance for each country.

We'll have more information on these exact changes in March, when we publish the 2018 Nationals schedule and event information page. In the meantime, here's a look at what you'll be able to get for participating in your country's Nationals! 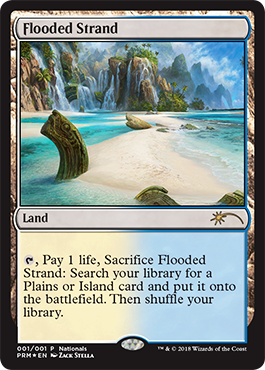 We're looking forward to our second year of Nationals after its return, and we hope to see some of you in Barcelona in December as we close out what will be an exciting 2018 with one of Magic's most unique tournament offerings!

Posted in Competitive Gaming on January 25, 2018