Posted in Competitive Gaming on August 2, 2018

That's how much prize money we will be awarding during the biggest Pro Tour weekend in Magic history. Pro Tour 25th Anniversary's $850,000 prize pool and the Silver Showcase's $150,000 in prize money makes this Magic's big million-dollar weekend, and I've got all the details that you need to know so you can tune in, sit back, relax, and enjoy the dozens of hours of live coverage we've got lined up for you. 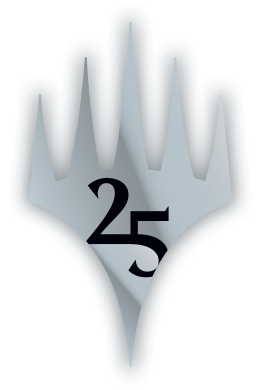 Here are the key details to know about Pro Tour 25th Anniversary, and whether you're a Pro Tour coverage veteran or a newcomer to competitive Magic, you should review all the details because this tournament differs significantly from the events you may be accustomed to!

Pro Tour 25th Anniversary is definitely not your average Pro Tour; it's the first team Pro Tour in over a decade, and there's significantly more money on the line than usual. I recommend checking out Rich Hagon's Pro Tour preview for a deeper dive into the whole weekend.

Key Stories for this Pro Tour

Outside of crowning Pro Tour Champions—three to be exact—a few big stories will emerge from this event.

Don't miss a minute of Pro Tour 25th Anniversary on twitch.tv/magic as we bring you a very special preview and the Rochester Draft of the Silver Showcase—featuring three packs of Beta and one pack each of Arabian Nights, Antiquities, and Legends—on Thursday at 4 p.m. local time. That's 2 p.m. PT/5 p.m. ET/9 p.m. UTC.

Then you'll be able to catch coverage of Pro Tour 25th Anniversary on Friday, Saturday, and Sunday at 7 a.m. PT/10 a.m. ET/2 p.m. UTC. Sunday, we will be bringing you the best-of-five finals of the Silver Showcase to start off the day, and then we'll transition into the Top 4 matches to see who will win the largest share of the $850,000 prize pool.

If you can't watch the broadcast live, we got you! We'll be replaying the broadcast once each day concludes. In addition to that, VODs (videos on demand) of each round and segment will be available on our Twitch page, so if you can't catch it all live, see it all on your own time.

Here's who you will see on Twitch this weekend bringing you live coverage.

Round-by-round content, decklists, articles, pairings, results, and standings, and more can be found on the Pro Tour 25th Anniversary coverage page, so save that link for the weekend to find the latest news.

The Pro Tour will also be broadcast in Japanese on Nico Nico and on Twitch, with Pro Tour Champion Tomohiro Kaji and many other Japanese coverage mainstays bringing you all you need to know if you're following along from Japan.

For such a special Pro Tour, we have a very special batch of decks for you: all of them! We'll be publishing each and every decklist registered for Pro Tour 25th Anniversary on Sunday, August 5. That's a whole lot of Standard, Modern, and Legacy for you to dive in to see!

If you can't watch the live broadcast but still want to keep up on the latest, follow @magicprotour on Twitter. Join in on the conversation using the hashtag #PT25A.

This Pro Tour will make history, and we'd be delighted to have you be part of it. So, tune in TODAY—yes, later today—for the Silver Showcase Rochester Draft and a preview of Pro Tour 25th Anniversary on twitch.tv/magic starting at 2 p.m. PT/5 p.m. ET/9 p.m. UTC.

Posted in Competitive Gaming on August 2, 2018