Posted in Competitive Gaming on October 12, 2017

The 2017 Magic: The Gathering World Championship is now behind us (congratulations, William Jensen!), and in just a few short weeks, Pro Tour Ixalan will be coming to Albuquerque, New Mexico, to showcase the latest in Standard and Booster Draft as players compete for their share of a $250,000 prize pool.

While competitors get ready for the event, we've got some exciting things to show you that will be tied to Pro Tour Ixalan, including some goodies that you can get for yourself once the Pro Tour is under way!

First up is the event-exclusive playmat that will only be available on-site at the Pro Tour venue in limited quantities. This one features the enchanting landscape of Albuquerque and a very, very mean dino in Burning Sun's Avatar. 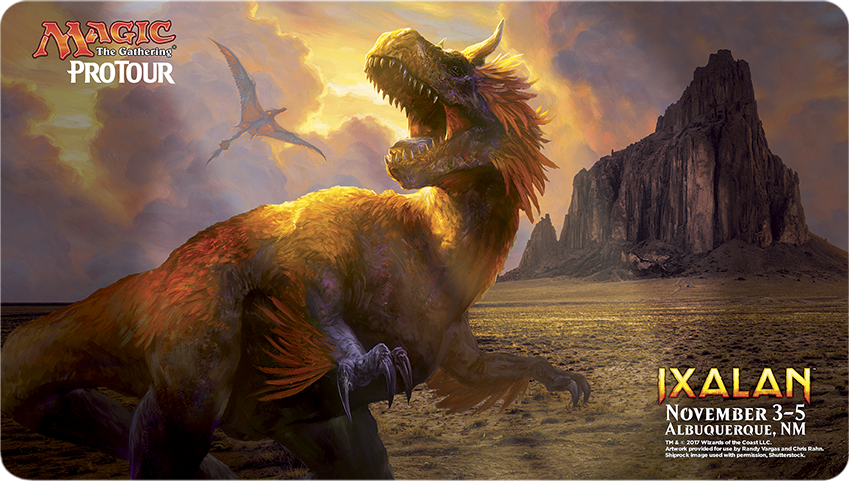 These playmats typically sell out quickly on-site, so if you want one, hit up a friend who's going to the Pro Tour—or come by if you're a local!

New season, new T-shirt. Folks will find this new shirt for sale at the venue for the 2017–18 Pro Tour season, featuring design by Hydro74. 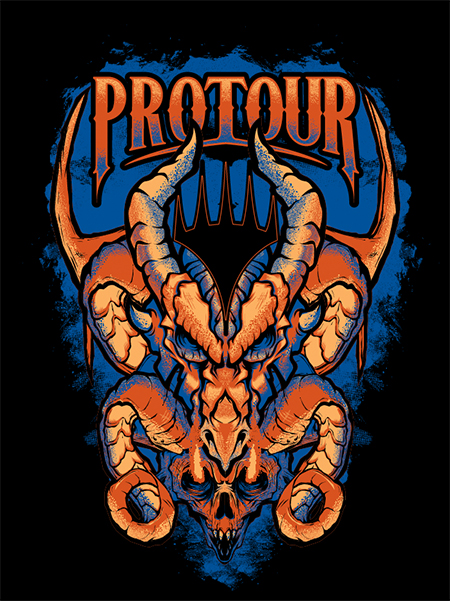 It's a sweet design, and will be available only for this season. In addition to that, though, is a new shirt that you'll also find on MTGProShop.com starting with this Pro Tour: a sweet new design with Vraska, featuring design from Pamela Anesman-Wolfe! 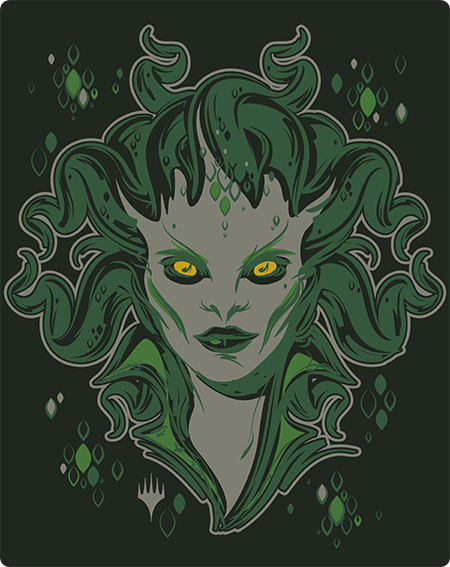 Finally, this Pro Tour will feature a very special shirt that was produced by one of Wizards of the Coast's very own. This sweet Ixalan-inspired design was created by James Arnold, senior graphic designer of Magic R&D, and you'll see him at the Pro Tour if you're going! 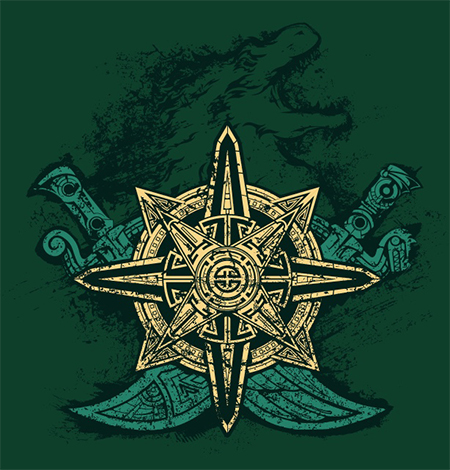 This shirt will also be available in the Pro Shop starting with the upcoming Pro Tour.

A few Magic pins will also be available at the Pro Tour and on MTGProShop.com starting with Pro Tour Ixalan. You can get a look at them below. The designs feature the Planeswalker symbol, the Pro Tour logo, and Vraska. 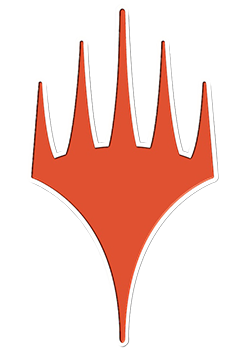 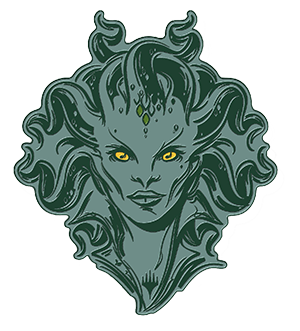 Finally, a new Ixalan messenger bag will be available starting with this Pro Tour. 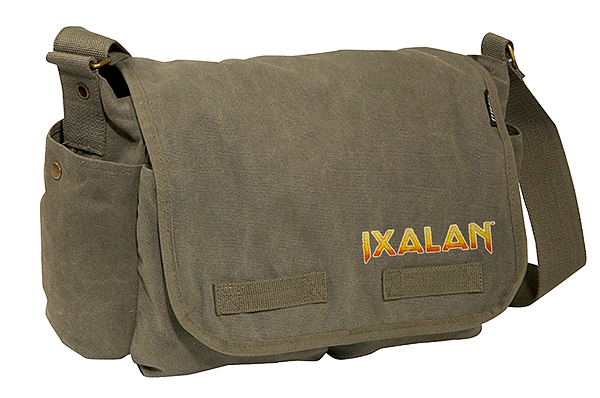 Hit up the Pro Shop come Pro Tour time if you're interested in picking a few of these up, and be sure to tune in to twitch.tv/magic November 3–5 to watch it unfold live!

The last round of 2017 Nationals takes place October 14–15, which is this weekend! This will also determine the remaining teams for the 73 countries that will be represented at the 2017 World Magic Cup.

This round of Nationals is unique in that the Booster Draft and Standard formats have shifted. Ixalan Draft is the Limited format, and Standard has seen a rotation. We'll be collecting Top 8 decklists from many of the Nationals events taking place, so check back next Thursday to get a look at the Standard format all over the world.

Posted in Competitive Gaming on October 12, 2017