Posted in Competitive Gaming on November 9, 2016

Here's the picture: It is the third game of the finals. The two countries facing off have been considered underdogs through most the tournament. Greece, in particular, had a tough climb to the Top 8, having to face off against Owen Turtenwald and Team USA in the semifinals along the way.

The game starts off with Simon Nielsen from Denmark mulliganing to six and Panagiotis Savvidis from Greece keeping a land-light hand. He is able to curve a turn-two Sylvan Caryatid into a turn-three Courser of Kruphix, but continues to be constrained on mana through the rest of the game. Eventually, Savvidis fires off an Ashiok, Nightmare Weaver ultimate on Nielsen, which leaves him empty handed and Ashiok at 1 loyalty.

Nielsen untaps, and draws a Siege Rhino. Savvidis cannot counter it, but has multiple high-toughness creatures that can protect Ashiok from the Rhino. On the immediate turn after, Nielsen rips a Duneblast (hence "Daneblast") that allows Siege Rhino to eventually take down that Ashiok, and in due time, the match and championship title.

This is remarkable, especially when you consider that the team's expectation was to simply make Day Two. They finished Day One with a record of 4-3 and squeaked in on tiebreakers. After winning back-to-back on Saturday, they clinched their spot in the Top 8 and eventually took down the whole tournament. In 2012, Team USA faced off against Chinese Taipei while both teams were still in Top 16 contention. This event is perhaps better known as one of the most incredible topdecks in all of Magic's history.

Brian Kibler had been behind most of the game but was finally able to get an Olivia Voldaren to stick on the table against Cheng Tung-Yi. Using Olivia's ability to ping other creatures, Kibler was able to raze his opponent's board and establish control of the game. At that point, Olivia had grown into a 9/9 that could attack for lethal next turn. Chinese Taipei had one draw step to get out of this situation, and they drew...

A miracle indeed. The Bonfire of the Damned knocked Team USA out of contention. Team Chinese Taipei, captained by Tzu Ching Kuo went on to win the entire tournament.

Team Japan Makes it to the 2012 World Magic Cup

Not all the highlights of World Magic Cups happen in games. In 2012, the World Magic Cup was held at Gen Con in Indianapolis, USA. Team Japan was comprised of Yuuya Watanabe, Yuuta Takahashi, Akira Tanaka, and Sunao Nakai. Coming along with them as a coach and cheerleader was Hall of Famer Shuhei Nakamura.

The team's original flight plans involved them making a connection in Washington, D.C., to reach Indiana. After both a flight delay in Tokyo and a customs delay in Washington, the team missed their connection to Indianapolis and the only flight that could get them there on time.

After considering all their alternatives and quickly running out of time, Nakamura concocted a desperate plan. It included renting a car and having Nakamura drive 600 miles since he was the only one with an international driver's license. Luckily, his standby number had come up and he had the opportunity to fly ahead to Gen Con and acquire the team's missing cards. Nakamura went on ahead, and team Japan found a cab driver who was willing to drive them all the way to Indianapolis.

After a detour clocking in at 600 miles, 10 hours, and $1,400 dollars, team Japan managed to make it to the tournament in time to compete, with all the cards they needed thanks to Nakamura. 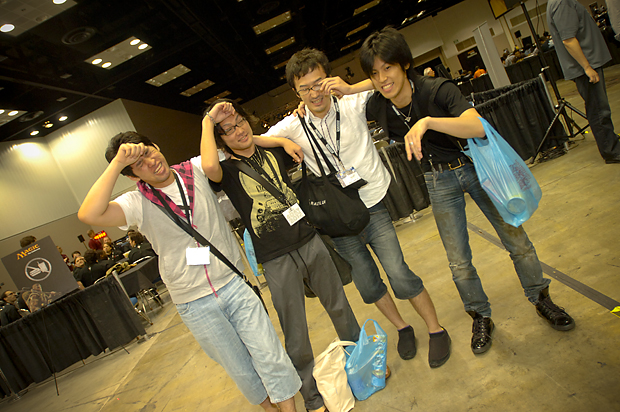 During the 2013 World Magic Cup, Timothée Simonot from France was battling against Adorjan Korbl from Hungary in the finals. The game started out with France having a commanding position in the game, and attacking Hungary down to 3 life. Even though Hungary was at a precarious life total, they have an active Olivia Voldaren (she likes to wreak havoc, doesn't she?) that was able to dwindle France's attackers down to two Wolf tokens.

In a last desperate attack, France managed to put Hungary down to 1 life. Unfortunately for France, this Olivia was enormous, and with no blockers they knew they'd be taking lethal from her the following turn.

Knowing this was their last draw step, they flip the top card of their deck and...it's Rakdos's Return! They slam it down, and immediately Korbl reaches out to congratulate the new World Champions.

Playing in the World Magic Cup is more than just competing in a high-level tournament. It's an opportunity to showcase to the world your heritage, your community, and the friendships that Magic has helped forge in your country.

Every year, Wizards honors the teams that best exemplify this by giving out Spirit Awards. Below is a collection of some of the most memorable Spirit Award winners in 2015 and 2014.

These are just a few of the most memorable moments in the history of the World Magic Cup. Are there any moments that are near and dear to your heart that I missed? Let me know on Twitter @gabyspartz, or on my stream at twitch.tv/gabyspartz.

Posted in Competitive Gaming on November 9, 2016