he Phyrexian symbol has been around for a long time, as established in Arcanas in 2004, 2005, and 2009. In the distant past, it tended to show up as a background element in card art, like the Seventh Edition version of Yawgmoth's Edict: 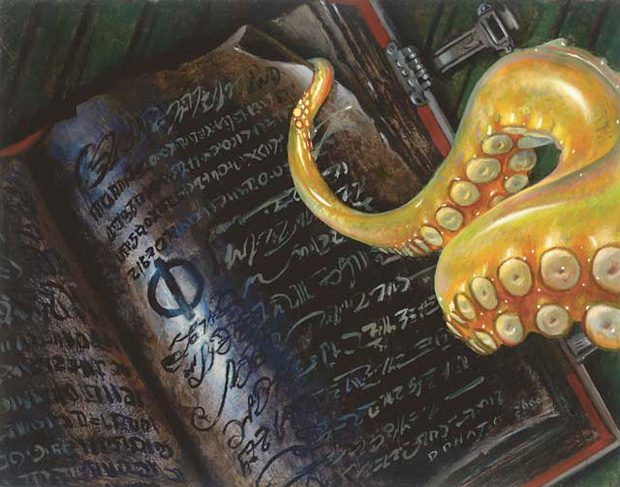 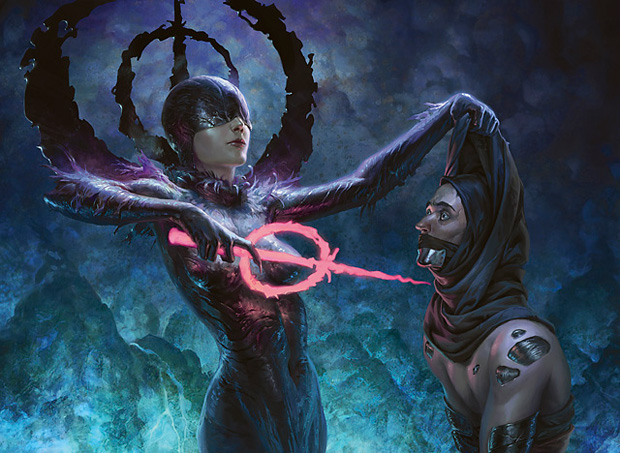 See, it's not as much fun to point out things that are in the foreground of the art. It's like saying "Did you know that there's a goblin in the art of Bloodcrazed Goblin?" If everyone just says, "Yeah, I did. It's right there," then the Arcana hasn't done its job. 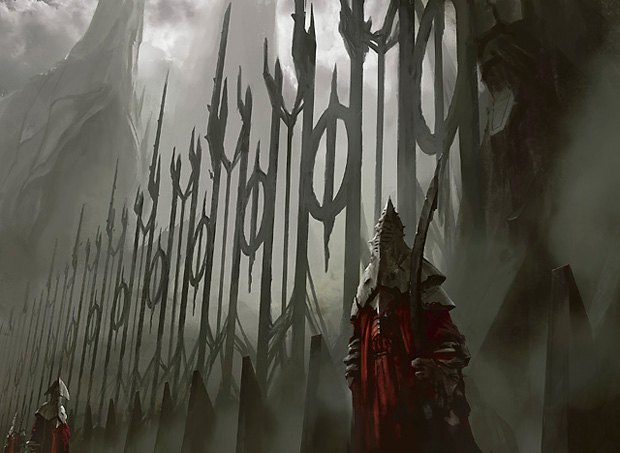 See? The fence is made up of a lot of Phyrexian symbols!

...Okay, some of you aren't impressed. "We saw that right away," you say. Try this on for size: 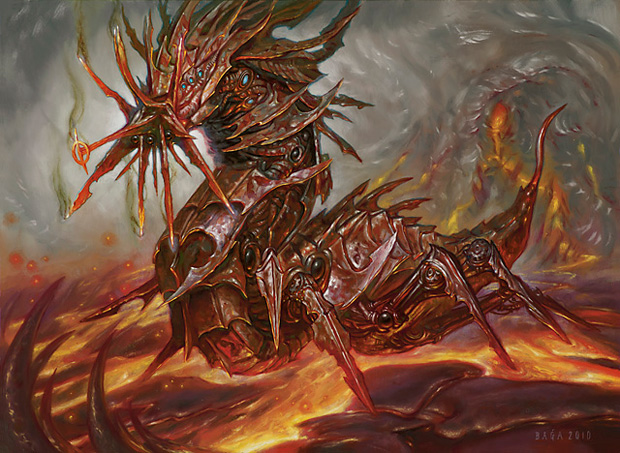 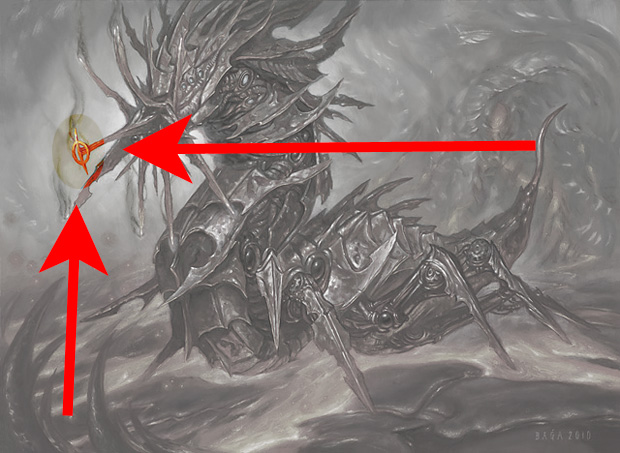 That, of course, is Kiln Walker. Oh, what's that? You don't see the hidden Phyrexian symbol? You've come crawling back in apology? Okay, then. To see the symbol, go ahead and click the picture. There you go!