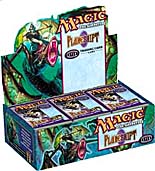 The invasion has begun. Plague ships drop disease-infested spores on every square inch of Dominaria. Gerrard and the band of heroes that crews the flying ship Weatherlight have had some major victories, but the fighting rages on.

(For the Planeshift FAQ, see the Magic Set FAQs page.)

Once you experience the Planeshift, there's no turning back. And the Phyrexians are taking no prisoners. Will you survive?

Well, Gating allows you to play the biggest, baddest creatures, without the heavy cost. And Familiars give spell cost-reduction a new spin.

Factor in tricolor mana Dragon Lairs and double-Kicker Battlemages, and it's easy to see how the Planeshift expansion adds up to major carnage.

Arm yourself with Planeshift and live to fight another day... Or not.

Two worlds. Many ways to perish. 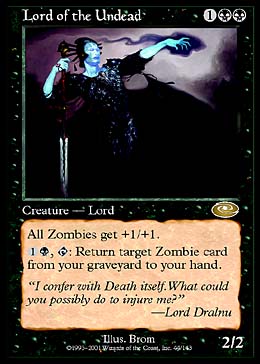