Takeaways from the Rivals of Ixalan Pre-Prerelease

Hello everyone! Last weekend I was fortunate enough to attend the Rivals of Ixalan Pre-Prerelease, an event hosted by our friends at LoadingReadyRun in Victoria, British Columbia. The Pre-Prerelease is exactly what it sounds like—a Prerelease that happens before the actual Prerelease. The participants were myself, Chris VanMeter (a streamer who is most well known for his content at StarCityGames.com), Evan Erwin and Reuben Bresler (hosts of the Magic Mics podcast), and Kathleen, Graham, Adam, and Cameron from LoadingReadyRun. A recording of the event can be found here, but for today's article I'm going to talk about some Rivals cards and mechanics that brought up some interesting discussion among the players at the Pre-Prerelease.

I arrived to the LRR studio on Thursday afternoon, and most of the players were already there and building their Sealed decks. The first question I got, right as I was walking in, was "Why so many reprints?"

We decided to reprint a handful of commons from Ixalan to help balance Limited in Rivals of Ixalan. Years ago, small sets were drafted as the third pack in a draft, following two packs of the large set from that block (large-large-small). The small set always felt like it didn't add enough. For example, in Innistrad block, Dark Ascension added a deeper tribal element. Since you were only drafting one pack of Dark Ascension, and doing so after you already solidified your Draft archetype, the Dark Ascension themes often didn't come through.

Drafting the small set as the first booster with the large set following it was one way to solve that problem (small-large-large), but players found that the small set still wasn't adding enough to make the Draft format feel different from drafting three boosters of the large set.

It wasn't long before we tried adding a second small set to the booster draft (small-small-large). This definitely helped make the format feel different from the triple-large-set environment, but players were still missing the staple commons that the large set provided. To solve that, we can either print very similar cards in the small set, or just reprint the commons that were necessary to make the Draft format work. We decided to try the reprints as an experiment, but since Rivals is the last small set for the foreseeable future, it looks like we will not be able to continue the experiment.

Reprinting the staple commons in Rivals also reduces overall set complexity. There are fewer cards players have to process and evaluate while drafting, as players are already familiar with some of the commons. Limited has gotten more and more complex over the years, and these reprints were a way to tone things down a bit.

After I explained this to the Pre-Prerelease players, and after a day of playtesting the Sealed decks they built, they thought it made a lot of sense. For example, the blue ascend deck functions much differently without Sailor of Means providing two permanents for three mana. We could have made a Sailor of Means functional reprint, maybe changed a stat or two, but just having the same card is a little easier on players, and it is the card that a controlling ascend, Pirate, or Treasure deck wants. Plus, they are in the same block and it makes sense that the same creatures are in the same world from one set to the next.

I was the "table friend" for the first match of the day. In this role, I was to provide commentary on one of the matches and interact with the chat. Graham and Kathleen were paired in round one, and that's when the questions started rolling in about the ascend mechanic. Ascend is the only new mechanic in Rivals of Ixalan, and it's a pretty simple one at that. You ascend when you a) have an ascend card in play or resolve an instant or sorcery with ascend, and b) control ten or more permanents. You must meet both requirements to ascend, and the result is your ascend card is "turned on." Your ascend cards will be on for the rest of the game; you won't lose the city's blessing if you go below ten permanents.

You can't ascend if you have ten permanents and no ascend card, which caused the most confusion. The chat comments of "Kathleen has the city's blessing" kept rolling in while she had nothing with ascend in play—and since everyone in chat assumed chat was correct, that caused even more confusion among everyone watching.

There are some corner cases with the ability, but it's very intuitive. It works the way you think it does, and there is some room for counterplay. If your opponent's tenth permanent is on the stack, you can remove another permanent to make ascend not happen. However, since most of the ascend cards have static abilities, it is often hard to counter the city's blessing. You can't respond to playing a land, so if the opponent's tenth permanent comes from a land drop, you can't stop them from ascending.

Ascend is a simple mechanic, but it's also a deep one. There is lots of design space for the mechanic to go on a variety of card types. This was something that Rivals needed to give the format depth and replayability. Ixalan's complexity was powered way down, and most players felt like the overall card quality and Draft format were powered down as a result. The ascend mechanic, while simple, allows for dynamic deck building and gameplay, and that shined through as the weekend went on.

Both Kathleen and Cameron built tribal Vampire decks, and as they played, it was clear that the tribal synergies in Rivals of Ixalan were stronger than they were in Ixalan. We definitely tried to give better payoffs to players for sticking to their tribes. The two-mana tribal lords and the Forerunners are clean, simple, and powerful cards that tell you to play as many of that tribe as possible. Both are huge payoffs if you're playing that tribe.

The Forerunners are great for Limited. They make your deck play out consistently and give you tons of options. My Pre-Prerelease deck had a Forerunner of the Legion, and it was very useful in helping my deck curve out. I could play it on turn three and find my four-drop, or find a two-drop that allowed me to play two two-drops on turn four. I could even find my bomb rare (spoiler—I didn't have one). The ceilings on the Forerunners are very high. If you draft a bomb rare, the forerunners go way up in value. In our end-of-weekend drafts, Chris VanMeter had Twilight Prophet and the Forerunner to go with it, while another player (Graham, I think) had Forerunner of the Empire with Polyraptor*. Since it's an uncommon, you won't open a Forerunner all the time—but when you do, games of Limited will play out much more consistently. Tutoring aside, the Forerunners also provide value every time you play a creature of the appropriate type, adding even more power to your Limited deck if you are heavily into a tribe.

Another mechanic that we wanted to power up in Rivals was enrage. In Ixalan, enrage had strong payoffs at uncommon and rare, but none at common. This made it undesirable to draft a dedicated enrage deck. Rivals has one excellent payoff at common, Overgrown Armasaur, and Needletooth Raptor as a strong uncommon. With rewards at common that provide card advantage, cards like Rile and Tilonalli's Crown become much more desirable.

The Pre-Prerelease was a fun event for everyone involved. I was the only player there who was not seeing the set for the first time, and it was great to see everyone's reactions and learn about what cards made people excited, happy, angry, or confused. While this weekend was supposed to be "fun" for me, there were also some valuable takeaways that I will bring back to the Play Design team and help us make Magic better. Thanks for reading! 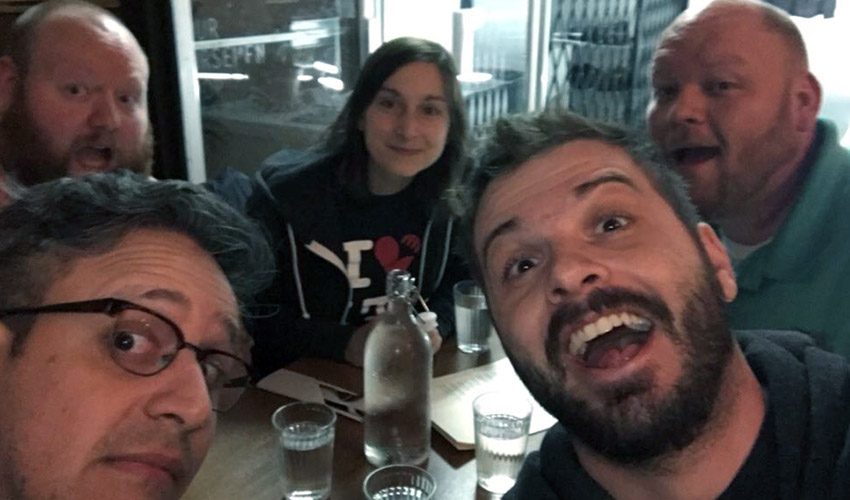 *How many Polyraptors can you make when you have a Forerunner of the Empire in play? Post your answer on reddit or send it to @MelissaDeTora!