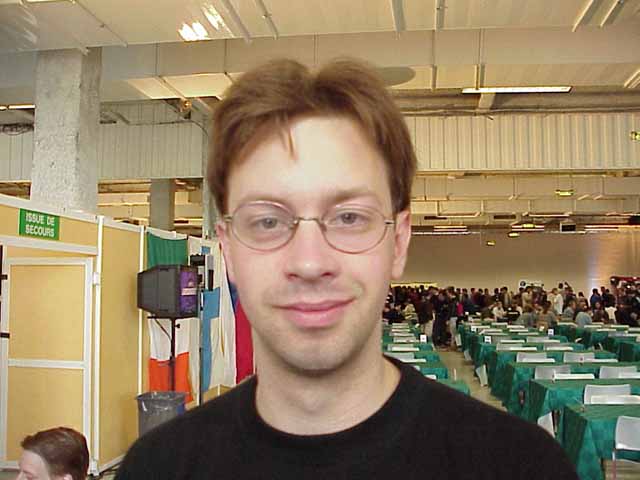 "Some of my school friends taught me how to play Magic and we played together in our spare time. I started playing in tournaments a little later after I saw an announcement at a local game store."

"I thought Colossus of Sardia was amazing... actually, it was pretty good at the time. I won a lot of games with my Colossus deck.

"In the city I played in, there weren't any other good players. I really wasn't influenced by anyone; rather, I got better by playing in a lot of tournaments.

"My favorite format is Booster Draft; it's a really skill-testing format. There is very little of the randomness of Sealed Deck, because after your first pick, you're on your own to construct a good deck.

"Prosperous Bloom. It was the first combo deck to really get some attention, and I built a version of it myself for the Dutch Nationals in 1997. I've become less excited about combos as time has passed, but I'll never forget the excitement I got out of first playing this deck.

"I really enjoyed myself during the last match of the 1997 Dutch championship. My opponent, Hans Eijmaal, played a first turn Hypnotic Specter on two of our three games, but I still beat him. He was a good sport about it, though.

"Impulse is probably the most versatile card for Extended. I forgot to play it in my first Bloom deck-what a mistake!"

"Fading; I like the concept of the cards being strong but going away after awhile."

"I was really excited to see my friend from Utrecht, Jeroen Weyden, make the semifinals at Pro Tour New York 1997."

"The Dutch 1997 Nationals was a week before PT Paris, while most National championships were held afterwards. Since Paris was the first major tournament to see the Prosperous Bloom deck, nobody in Holland had ever heard of it. I came up with the deck entirely on my own and took the tournament by surprise."

"London. Except for the food, I really liked the place. It's not too far from where I live, and it's a beautiful city.

"I've built a lot of decks, although not many of them have done well. The first deck I built entirely myself was a Necropotence-Land's Edge deck, which managed top 8 at several PTQ tournaments.

"I was really excited at PT Los Angeles, because during the 13th round I was in contention for Top 8. I didn't quite make it, but I'm proud that I got that far.

"I play in two or three tournaments a week, and I also play at least once a week with my friends."

"Jos Schreurs and Robert Smink are my playtesting partners, along with some others."

"I was happy to see the introduction of the Pro Tour to Europe, starting with PT Paris. There are a lot of good players on this continent, and we deserve a chance to have cheap travel expenses.

"I know the rules really well, and this sometimes helps me pull off tricks and combinations that other people wouldn't see."

"I used to play chess, but I don't really have time for that now. I also play numerous board games in my spare time."