Primal Clay Through the Ages

This is a card that can be any of three things:

How do you depict that? The art description for the Magic 2013 version says this:

Focus: The helix of animated earth

Notes: You can play with how to solve this, its living clay that can take various forms. we just dont want to too strongly commit to one form over others.

So the artist was given plenty of leeway.

Before we look closer at Lucas Graciano's Magic 2013 art, let's see what the earlier versions looked like.

The first version was in Antiquities and created by Kaja Foglio. In shows a lump of clay from which two humanoid figures are forming. But there's something you might not have seen before! 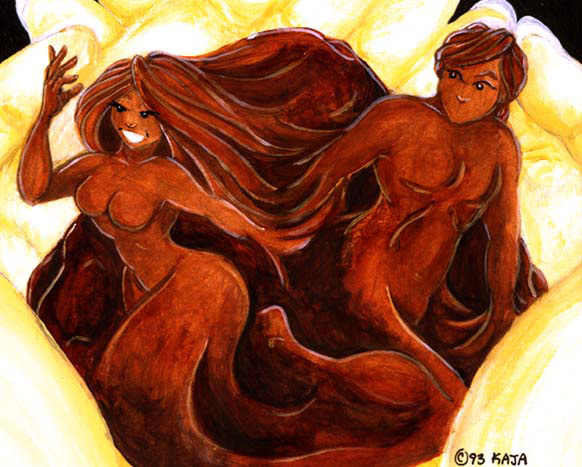 See the light area around the clay? It's someone's hands! The clay is actually very small in this version.

For Fifth Edition, a more abstract version was created by Adam Rex. 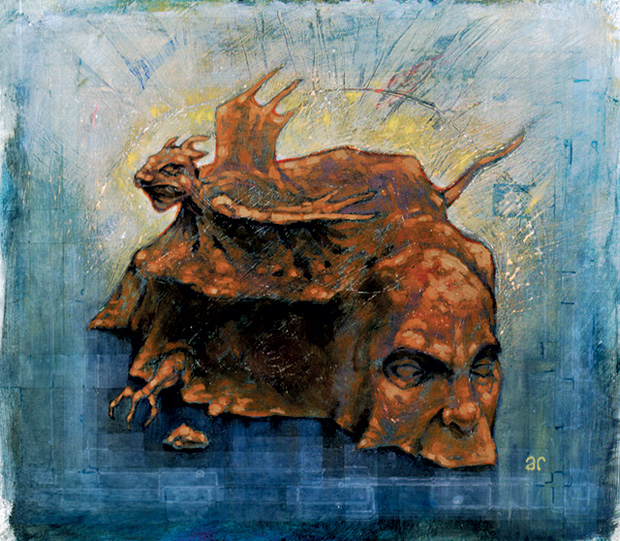 In this version, different areas are pushing out creatures. There's a dragon coming out the top and a face coming out the front. And on the left, there's a hand reaching out. 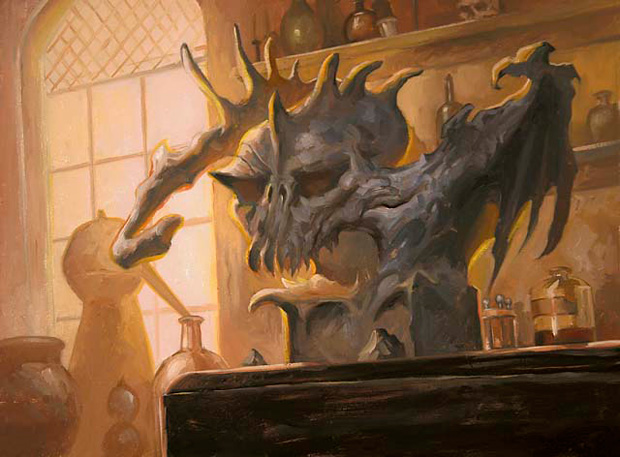 The most recent version has a less abstract setting: some sort of wizard's laboratory. And instead of having smaller individual creatures being formed, it appears to be trying to turn itself into two different things!