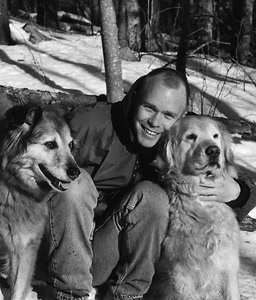 Lars Grant-West was born in Brooklyn, New York in 1968.

Childhood trips to the American Museum of Natural History, the Bronx Zoo and the Brooklyn Aquarium made an indelible mark on Lars' vision, instilling a deep affection for the natural world. He spent hours gazing at the giant skeletons of long-dead behemoths, and being amazed at the diversity of their modern successors.

He studied at the School of Visual Arts in New York City and graduated with a BFA (Bachelor of Fine Arts) in Illustration in 1990.

He began his illustration career doing work for Cricket and Asimov's Science fiction Magazine Lars ended up getting connected with a Zoo in New England where he got a full time position as exhibit designer and builder. He then started a graphics department and became Art Director for the Zoo, where he stayed for a total of twelve years. His responsibilities there included Illustration, sculpting and graphic design. He got to work fairly closely with the exotic animals there as a photographer, and would cast the feet of anesthetized animals. He also maintained a beetle colony for skeletal preparation (harkening back to his days wandering amongst the bones of extinct mammals and dinosaurs).

During his Zoo career, Lars always kept one foot in the illustration world, working on Dungeons & Dragons, The Harry Potter TCG, Magic: The Gathering, and eventually National Geographic Magazine.

Now a full time freelance illustrator, Lars still keeps one eye on the natural world, using his observations there to bring life to creatures and places in the realms of fantasy.

His work has been represented several times in "Spectrum: The Best in Contemporary Fantastic Art".

Lars lives with his wife in the Massachusetts. They spend as much of their time as possible caring for whatever non-human orphans come their way.

Want to see all Lars's cards via Gatherer? 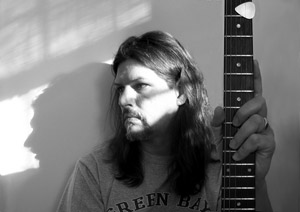 Alan Pollack was born in New Jersey. He began drawing at an early age. Influenced by artists such as Frazetta, Boris ,The Hildebrandts and Michael Whelan, Alan decided that fantasy illustration was to be his career of choice.

After graduating from high school. He studied at several colleges. At the School of Visual Arts in NYC, the illustration team of Martucci and Greisbach convinced Alan to dabble in oils. He was so inspired by his first attempts that he began developing a portfolio of fantasy illustration.

In his early 20's, while living with his parents, Alan worked part time as a silk screener and a photo retoucher while continuing to build his portfolio. In 1991, after much rejection from New York publishers, Alan Pollack was assigned his first cover illustration for Dungeon magazine with TSR.

In 1994, the work became steady and he left his part time job. Alan then found an agent in NYC, but shortly thereafter was offered a job at TSR. He spent the next couple of years surrounded by great artists and continued to hone his skills.

In 1997,Pollack went out on his own once again-but this time with some experience and much needed skills under his belt. Since then he has worked for most of the RPG and book publishers in the industry. His client list includes companies such as Hasbro, WizKids, Del –Rey, Penguin/Putnam, Tor books, Upper Deck, Daw books, MK3 International, Baen books and the Science Fiction Book Club. His art has also appeared on the cover of Spectrum 8, an annual collection of the best of science fiction and fantasy art.

Want to see all Alan's cards via Gatherer?