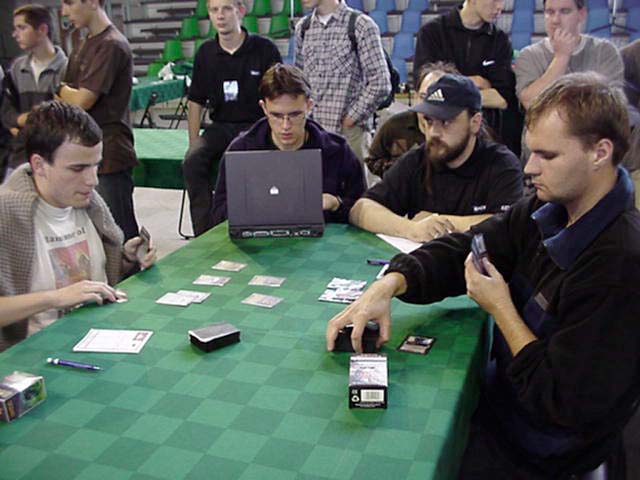 Roman won the roll and elected to go first, of course. He did not have a second turn drop while his opponent did - a Blurred Mongoose he promptly started attacking with. He then added another one to the assault taking Roman down to 14. Martin could now safely sit behind his Mystic Snake, while Roman was forced to discard a Meddling Mage as he had no mana to cast. 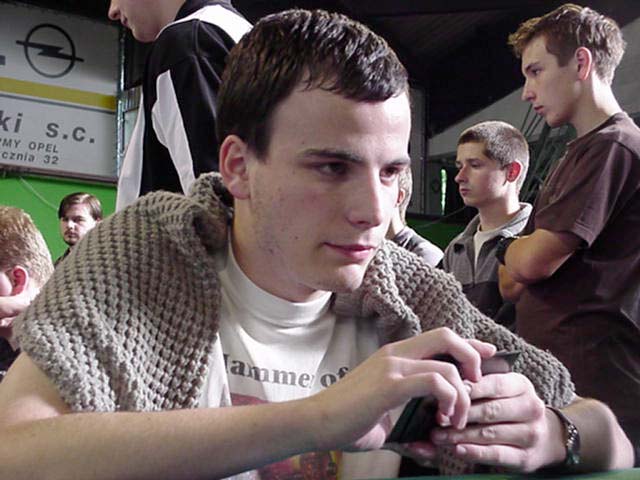 He desperately searched for lands, Icing Marcik's Shivan Oasis and finally found a Battlefield Forge. It was a little late tough. He already was at six life. He cast Fact or Fiction at the end of opponent's turn and it revealed an Absorb, Fire/Ice and a Lashknife Barrier along with two land. He chose the pile with the Barrier and a Fire/Ice. Marcik allowed him to play despite the fact that Roman was tapped out and couldn't do anything about the Prophetic Bolt Michal had on his hand. Roman still tried to defend himself with the Goblin Legionnaire but it was too little, too late. Michal used the Snake to counter it and Fired Roman who then conceded.

Roman sided in some Gainsays, Jilts, Goblin Trenches and a Flametongue Kavu while Michal added four Flametongue Kavus, three Jade Leeches and a lonely Gainsay, taking out some of the Mystic Snakes, Fire/Ices, Prophetic Bolts and Fact or Fictions. 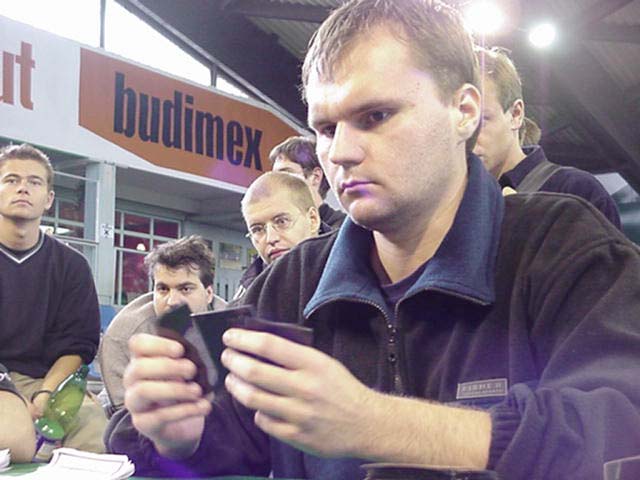 Kubera opened with the Goblin Legionnaire his opponent matched with a Gaea's Skyfolk. Roman Fired the flying elf and attacked. Marcik's next play was a Blurred Mongoose he didn't choose to trade with the Goblin and instead started attacking with it. Michal then tried to Repulse the Goblin, but it was sacrificed in response dealing two damage to Michal's dome. Marcin got out a kicked Kavu Titan that died to Roman's Fire and Urza's Rage. Still having no blue mana sources, the one thing Roman could produce was another Legionnaire. He summoned it only to see it Excluded. Facing Mongoose beatdown he was taken down to seven when he tried to cast a Lashknife Barrier which Marcik Snaked. After drawing a card, Roman still couldn't do anything, especially as a kicked Kavu Titan joined the pressure. He conceded.