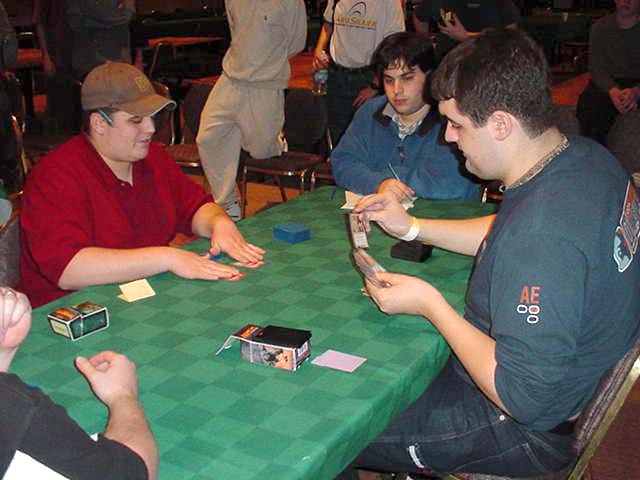 William Jensen needs no introduction. With a Masters Series win, a Pro Tour Top 8, and other great results in Grand Prix and Pro Tour events he has established a name for himself as one of the most solid pros in the game. His opponent, Jonathan Job, is on the other hand an amateur who will win at least $1800 for his efforts this weekend.

In addition to the experience factor, Jensen also has a matchup advantage. His metagame Oath of Druids deck has torn through the sea of Miracle Grow decks in this Grand Prix. Job, sporting a traditional Miracle Grow build, is at a fairly significant disadvantage. 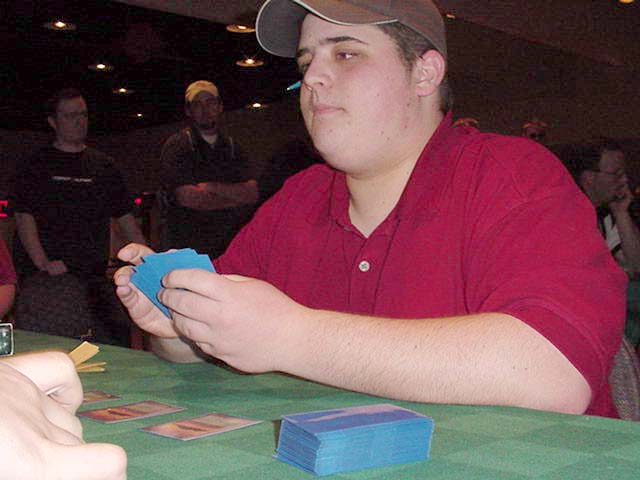 Unfortunately for Job, this game was not very competitive because he drew only one land. He cast three Sleight of Hand and a Brainstorm during the course of the game but there was still not land to be found. Once Jensen placed a kill mechanism on the board Job promptly scooped.

Jensen took out much of his countermagic to add Pyroblasts, an Oath of Druids, and a
Seal of Cleansing. Job added two Emerald Charms from his sideboard. This game was almost as bloody as the first as Job was forced to mulligan to five due to lack of lands. Jensen quickly asked the table judge what the penalty is for taking a victory lap around the room. Job's five card hand contained three islands but no source of green. He was unable to muster any sort of offense while in the meantime Jensen played out Oath of Druids and Accumulated Knowledges for three and four. Eventually Oath brought out a Morphling which did over twenty points of damage by itself.