Tuesday, July 19, Magic lost a beloved member of its community. Artist Glen Angus suffered an unexpected health problem and passed away suddenly and far, far too early. He was only in his mid-thirties and is survived by his wife and two children. He also leaves behind a trail as far as the eye can see of heartbroken friends. I am both lucky and unlucky to have known Glen—lucky to have spent time with him and enjoyed the subtle circus of his presence, and unlucky to now know what the world is now missing.

I was not a close friend, but rather a comrade in arts, spending time with him when art work or art play happened to bring us together. There are many others who could tell you more about Glen than I, but I feel the need to use this column to tell you what I know of him.

Glen made friends easily. I liked him from the first conversation we ever had. He had a dry wit as sharp as a throwing star, and just as quick. Whenever I was with him, even though I was laughing my ass off, I always felt like I had to keep up. His humor and intelligence rolled off easy, like a world-class sprinter going out for a jog. I remember being drawn in by the warm, slow delivery of his words, a little bit of a drawl even. But the thought behind the words was keen and quick. Without effort he kept everyone around him thinking, laughing, and chugging hard to keep up with his pace. But he was not a showboater. Glen, despite his prodigious talent and sharp mind, revved his motor slow and low. He was humble. He was generous with smiles and compliments. That, people, is what you call charisma.

Glen was not admired only because he was great company. He was an artist who constantly wowed and inspired me. Each time I saw Glen I would gape at the amount of work he produced and at the leaps and bounds he'd made since our last meeting. Like his humor, Glen's artwork tore up the pavement while he seemed to be cruising in first gear. I always walked away feeling like I needed to get it in gear myself. It reminds me of when, years ago, Wizards had let a bunch of artists know that they were planning on updating the old Deities & Demigods book with all new art. The D&D goober in all of us rejoiced and many of us leapt at the chance to live our nerdly dreams and pay homage to the book that inspired us when we were tykes. Secretly (or not so secretly) we were all bent on bringing our A-game. When it all came together, it was obvious to us all that Glen had thoroughly kicked all of our asses. He had delivered art that, for me, encapsulates the rare tandem of power and beauty that would befit the illustration of "gods."

When the world loses an artist it suffers twofold. It loses the artist, and it also loses all of the wondrous creations that were still swirling around in his imagination. Given that Glen made a steady practice of improving his work, I can say without hesitation that the future will be greyer now.

But an artist also leaves a tangible legacy. Glen's work can be seen all throughout the world on Magic cards, in gaming books, in video games, and on the walls of art fans of discerning taste. In Glen's case, he also leaves a horde of people, like me, who are proud to tell the world about the man they were lucky enough to know.

I have not seen Glen in a few years. Throughout that time I have had thoughts about the next time we might cross paths. Perhaps he'd show up at another Gen Con art show. Perhaps I'd end up in Wisconsin again for who-knows-what. I would surely pay him a visit—to join his one-man circus, if just for a short time, and to soak in his energy, be inspired by his work, maybe osmose a little of his talent.

It pains me to write this, to have written these words with the finality of past tense. I wish it were not so. 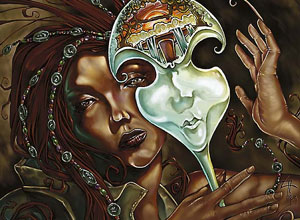 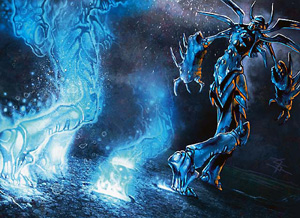 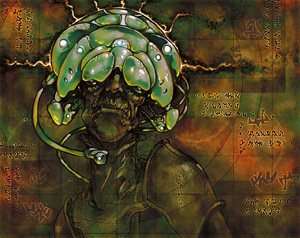 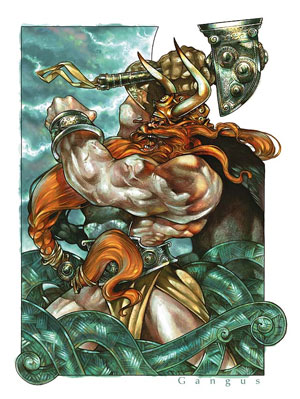 Some of Glen's non-Magic art: 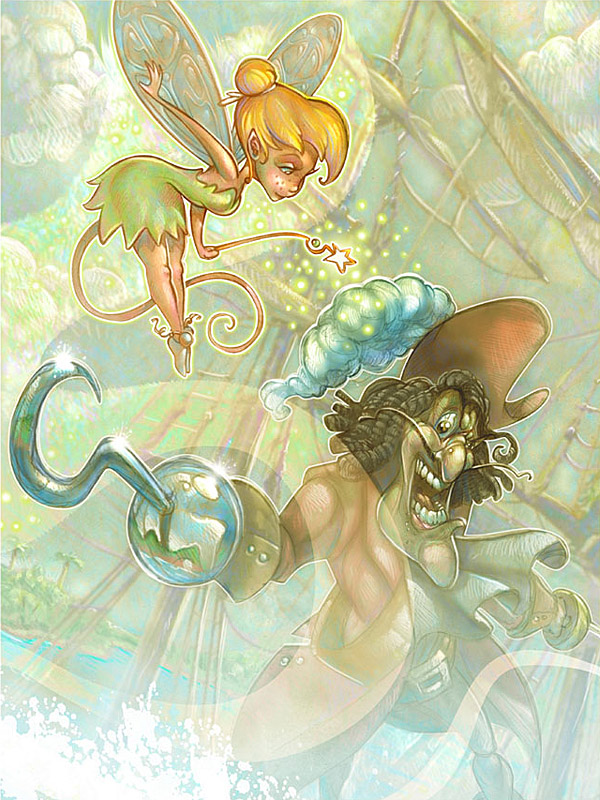 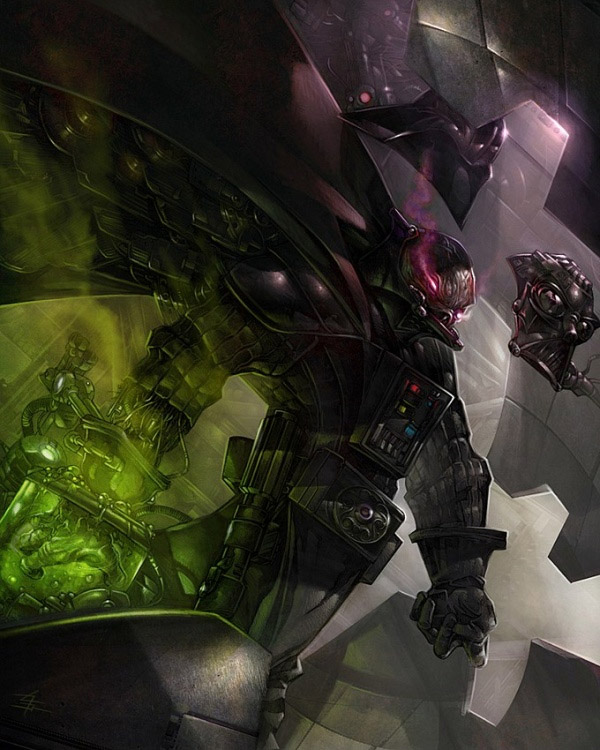 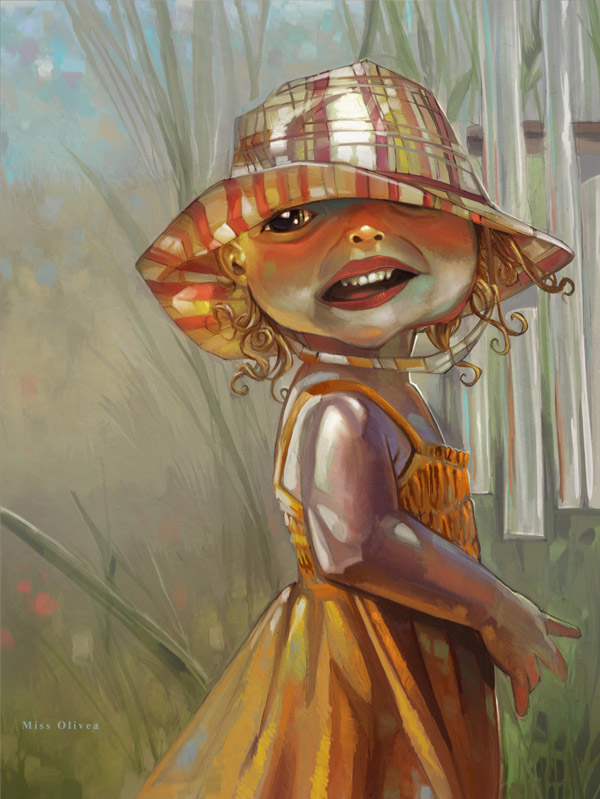 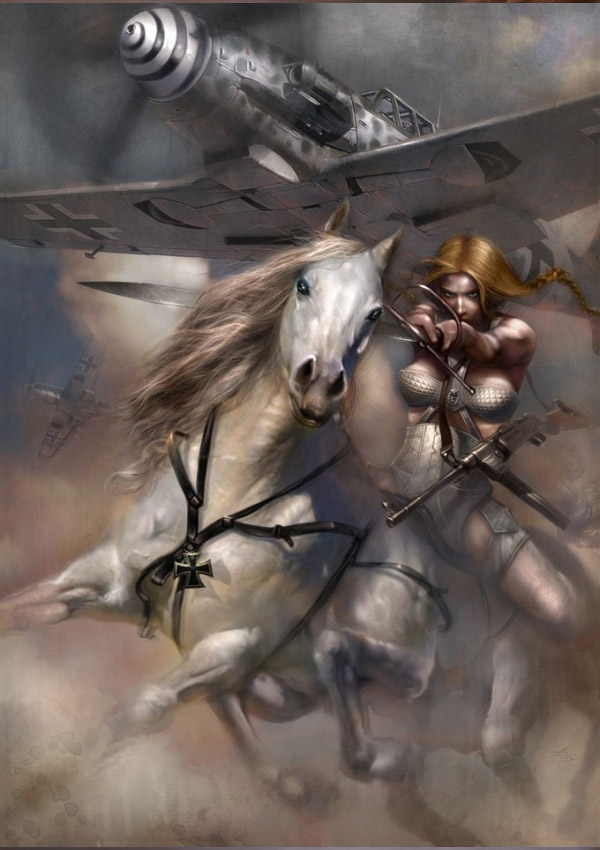 More of his Magic art:

Glen played a part in Magic's long tradition, contributing to the art of the game, engaging its fans, and acting as an ambassador at the events at which he appeared. For years he gave his creativity, sweat, and time to us. I think it would be a sign of appreciation and support for us all to consider giving to the Glen Angus Memorial Fund that has been set up to help his family. Giving would show Glen's wife and children what an impact he had on those he touched, whether personally or through his art.