The Return of the Attack of the Bombos

aron Forsythe based his last column on a particularly harsh email that I got. Let me assure you, that message was unusual. Nearly all of the mail I get is positive. Some are very positive:

I understand you’ve been getting some unpleasant fan mail lately. I can assure you there is at least one (1) fan who would totally have tried to ask you out by now if she weren’t already married. I suspect the people who write in and dis you can’t say the same. 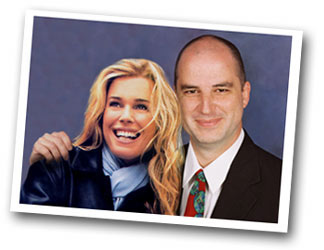 Wow. I warned Anthony not to spend too much time with Rebecca Romijn. Unfortunately, all of the messages I get like that are from married women or 13-year-olds. But interspersed with all the love, the crazy combos, and the occasional rudeness are the insidious seeds of ruination…

As a supervillain, I am often pestered by Captain Obvious. But even worse than him is his twin brother: Captain Oblivious! He sends me emails under many different names in order to confuse me, but I know it’s him. Superheroes are on the side of “good.” Supervillains are on the side of “right”—er, I mean “evil.” Captain Oblivious is a superneutral. He just gets in the way for no good reason. His weapon of choice? Why, it’s so obvious even Captain Obvious would say it’s obvious. Bombos!

10. Captain Oblivious tries to improve my deck from last week!

After reading the deck “Rat Extraction,” I came up with this deck idea. Get a lot of Relentless Rats and combine them with Cranial Extraction and Patriarch’s Bidding.

Wrong! Cranial Extraction removes the Rats from the game. It doesn’t put them in the graveyard.

Wrong! After you attack with your Spellbinder-equipped creature, you can play a copy of Dream’s Grip and untap your creature. But you can’t attack with it again; you don’t have another combat phase.

I feel like an idiot. My combo was a bombo. So to make up for it I have been thinking of a new one. I hope this works: Triskelion + Dream’s Grip + Spellbinder = You see where that is going. :)

8.5. Captain Oblivious has a farm!

On the table you have Aluren, Concordant Crossroads, and any creature. You drop an Ovinomancer, and put the “destroy it” ability on the stack. In response, you tap it to turn your creature into a Sheep. Ovinomancer is now in your hand, and you respond by playing it and targeting your creature again. In theory, when these abilities all resolve, the game tries to destroy your Ovinomancer for each comes-into-play ability, and then the game destroys your other creature, puts a Sheep into play, and attempts to destroy it again. Basically the combo was meant to include an Echoing Courage for the win. How cool is it to swing with an infinite number of sheep?

Really cool. I mean Wrong! To be fair, this time Captain Oblivious asked whether this combo works, rather than stating it as a fact. It’s less fun when he’s not overbearingly pompous. I started counting how many Sheep this would create, and *yawn* it’s *yawn* only going to *yawn* make one. Since Ovinomancer’s Sheepifying ability has a target, it will be countered if the targeted creature is gone when it tries to resolve. Stacking up a million redundant Sheep Rays will just make one Sheep.

The way this deck works is to slap down an An-Zerrin Ruins, naming something like Slivers and Imagecrafting your opponent’s creatures into Slivers on their turn so all their creatures are tapped for the turn.

Wrong! Imagecrafter + An-Zerrin Ruins is not a combo. No player can play spells or abilities before the untap step. Therefore, you can’t change your opponent’s creatures into Slivers (or anything else) with Imagecrafter before he gets a chance to untap them as normal.

Try this for a nice trick: Kiki-Jiki, Mirror Breaker + one of the legendary Dragon Spirits in Champions. Take the black Dragon for example: Tap Kiki-Jiki targeting the black Dragon (preferably after having attacked successfully). Ideally, you should be able to make an opponent lose 15 life. Not bad for only two creatures. Also, consider using Kiki-Jiki with a single Brothers Yamazaki. Try making this combo infinite just to bug the opponent.

6. Captain Oblivious goes on a date with Phage!

I was reading your “Kill ’Em All” Online Prismatic deck, and if you put a Phage the Untouchable in there as the only creature, when your opponent used Bribery they would have to take Phage and automatically lose the game.

Wrong! I got this one a lot, but to no avail. Your opponent wouldn’t be forced to take Phage. He can choose to “find” no creature at all. The Comp Rules sez: “If you’re required to search a zone not revealed to all players for cards matching some criteria, you aren’t required to find those cards even if they’re present.” The combo did halfway work, though, if you could rely on your opponent not knowing this rule. He might think he had to take Phage, and therefore would. This is all moot now, though: Bribery has been banned in the format.

Wrong! Changing controllers is not the same as coming into play. When you carry out your plan, Phage is already in play and stays in play. Your opponent doesn’t lose the game when he takes control of Phage. Heck, he probably kills you with it.

I’ve been toying with the idea of a Leveler deck. Basically the plan is to cast Custody Battle on the Leveler and then phase it out (we even use banding cards) after I let it change teams. At the beginning of my opponent’s turn it would phase in, remove his library and then he would have no card to draw for the draw step. It’s not a killer deck, but thinking about removing my opponent’s library in this fashion just makes me grin when I think about it.

Ever since Mirrodin came out there have been two cards that I’ve scratched my head over for a long time. These cards were Fatespinner and Leveler. Fatespinner gave up a crucial component of your (and your opponent’s) turn, and, if not in a combo with something, Leveler might as well have read: “You lose next turn”. I thought Fate Spinner would be perfect with Leveler because it allows you to skip your draw step after the Leveler hits play. Is this a killer combo or a disastrous bombo? I’ll let you decide.

With this build, you still have some action after the Yosei-Whispers lock. Playing an artifact land or a Chrome Mox untaps the Battered Golems so they can attack. Playing a land and a Mox on the same turn can enable a Mana Seism, which can enable a Golem, Skullcage, Reactor, or Phyrexian Colossus. You have the time to draw these cards. You’re not going anywhere fast.