e've seen before that art and flavor text can function as very early previews of future Magic sets.

One of the most splashy examples of a piece of art giving away future information was the art of the Onslaught card, Riptide Replicator:

In the art, cephalid wizards activate a creature-molding device as part of the Riptide Project. The cephalid in the foreground operates some controls while his colleague drips genetic goo into the mold. It's the shape of the mold that reveals the secret: 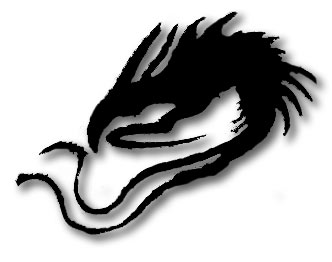 Long, tapered head with hornlike projections? One large clawed arm? A slithery body ending in a split tail? Why, that's the characteristic shape of a sliver: 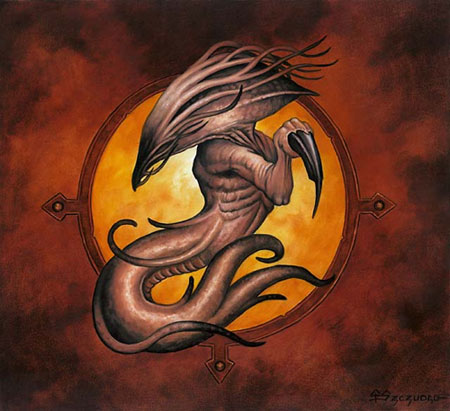 Were the wizards of Riptide really trying to revivify the ancient slivers? Check out the flavor text of Onslaught's Graxiplon:

“Attempts to revive this ancient species have not been entirely successful, but results indicate potential for future development.”
—Riptide Project researcher

As we now know, there was quite a buzz when the slivers indeed returned in the very next set: Legions.

And what became of the Riptide Project? Surely they celebrated their cloning success?