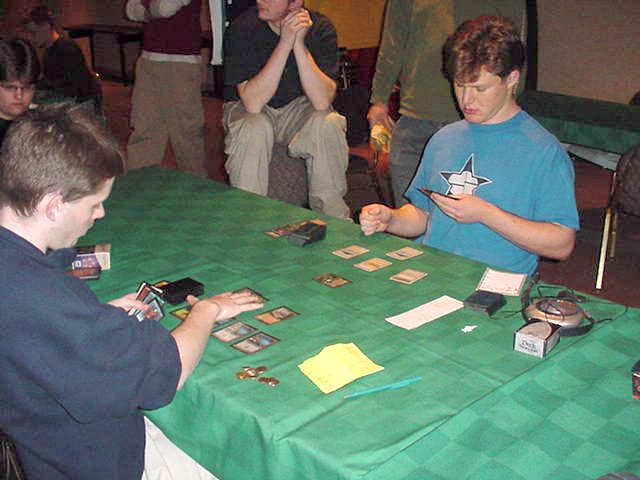 In this feature match, experienced Pro Tour player Ben Rubin, playing a Miracle Grow deck of his and Brian Kibler's design, faced off against Dan Flood, creator of the Song of Flood deck from PT: New Orleans, who was playing his own variant of TurboLand. Rubin was 9-1-1 and Flood was 9-2; while Rubin could afford a loss here and still probably Top 8, Flood needed a win here in order to have a realistic shot at the Top 8. 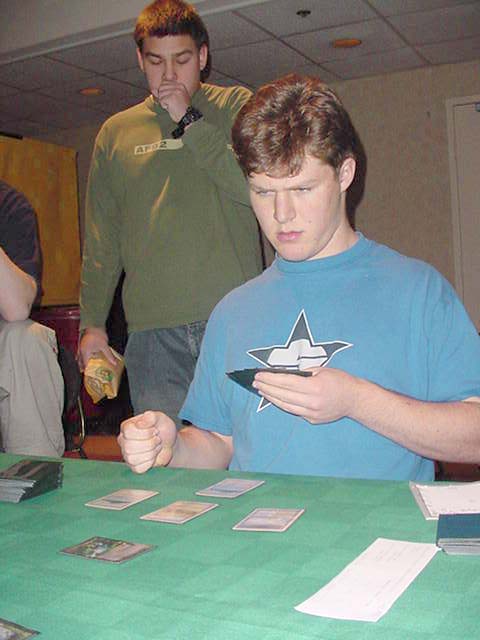 Flood didn't have a land drop to follow up his Thaw, and Rubin cast a Werebear the following turn. Flood again missed his land drop, and Rubin cast a 2nd Werebear. Flood finally drew into a Tropical Island, but Rubin was already pretty far ahead; he cast a Winter Orb on the next turn, and used the Werebears to cast a Quirion Dryad. Flood drew a Tropical Island and played it along with an Exploration, while Rubin continued to cast Quirion Dryads. Flood could not overcome the Winter Orb and conceded a few turns later.

Flood sided in Carpets of Flowers, Powder Kegs, and Submerges, taking out Intuitions, Accumulated Knowledges, a Horn of Greed, and an Upheaval, while Rubin brought in Annuls and Wax/Wanes for Werebears and Plows.

Flood again chose to play first for Game 2, and led with a Carpet of Flowers. On his second turn, he cast an Exploration, and then played 2 lands and cast a Powder Keg. Rubin's Turn 2 wasn't quite as explosive, as he only played a Quirion Dryad. Flood played a second Carpet of Flowers, but he had nothing to abuse it with, while Rubin's Quirion Dryad grew from a Merfolk Looter and a Brainstorm. 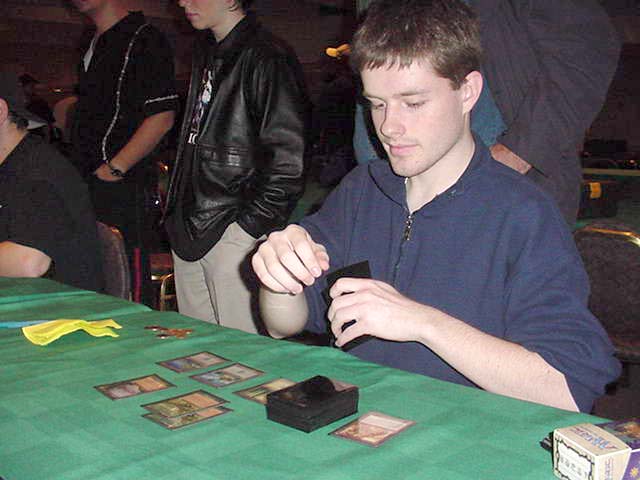 Flood used the Keg to destroy the Looter and the Dryad, but Ben responded with a Mystic Enforcer; Flood used the Carpet of Flowers for the first time on his next turn to cast a Scroll Rack, but Rubin Annulled it, which also gave his Mystic Enforcer threshold. He swung for 6, bringing Flood down to 8, and Flood used his next turn to cast a Time Warp and a Back to Basics. This didn't stop the threats on the table, however, and Rubin swung for the win on the following turn.

4 Horn of Greed 2 Intuition 2 Back to Basics