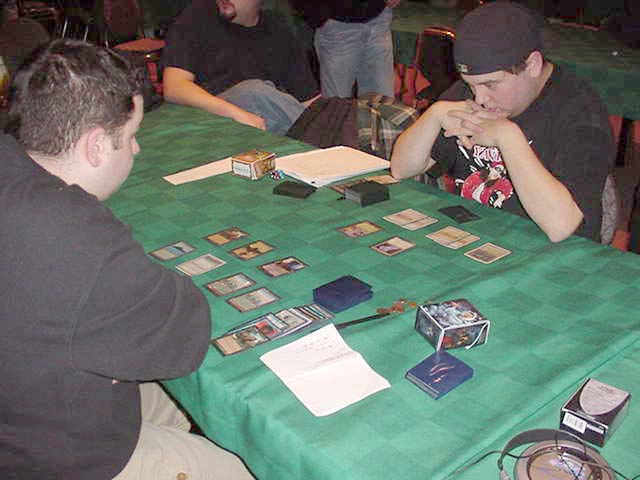 DanOMS started out with a mulligan but he still possessed the necessary land to cast his creatures. Pechon had a strong start as well as he played a second turn Spectral Lynx which was countered by DanO's Force Of Will (pitching Merfolk Looter). DanO then played out his second Looter on the following turn. Pechon followed with Call of the Herd, but Dan had a Quirion Dryad that started to grow with the aid of Gush. Pechon then Vindicated the one land that DanO played after Gushing. A River Boa on the next turn was countered by a Force of Will (pitching Force of Will).

The seemingly never-ending supply of threats continued as Spiritmonger resolved, and DanO was in deep trouble. A newly-produced Werebear did not help protect against the massive Spiritmonger either. Pechon brought out a River Boa, which was very dangerous since DanO was at three life. DanO scooped very shortly thereafter. 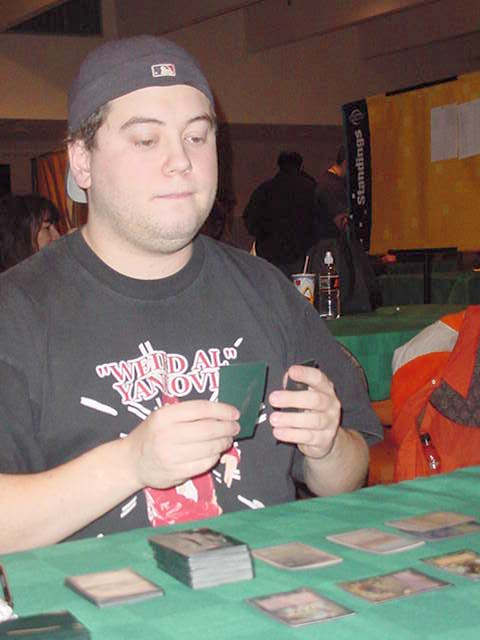 DanOMS sideboarded in Legacy's Allure, Swords to Plowshares, and Meddling Mage. Surprisingly, he took out Winter Orbs which often provide a path to victory in a difficult matchup. Pechon, on the other hand, had some sideboard technology in the form of Sphere of Resistance. He also brought in Seal of Cleansing and Reprisal. To make these changes he reduced his creature count and may have sideboarded too many cards.

DanO's first turn Tropical Island became the target of a Wasteland. Pechon's Duress then netted Gush while revealing Quirion Dryad, Swords to Plowshares, Meddling Mage, and Land Grant. Meddling Mage came out the following turn, naming Sphere of Resistance. While quite surprising to some, this decision was quite clever and indicated that DanO had done his homework about his opponent. Pechon played a Gerrard's Verdict but DanO still had a Quirion Dryad and a Swords to Plowshares for the Spectral Lynx that Pechon summoned next.

Fortunately for Pechon, a second Spectral Lynx resolved and held the fort. After many turns DanO eventually drew a Legacy's Allure which served to solve the Spectral Lynx problem. A 6/6 Mystic Enforcer helped further break the stalemate, as did another freshly-drawn Legacy's Allure. Pechon then scooped in response to a Meddling Mage taking away his one escape, Pernicious Deed. 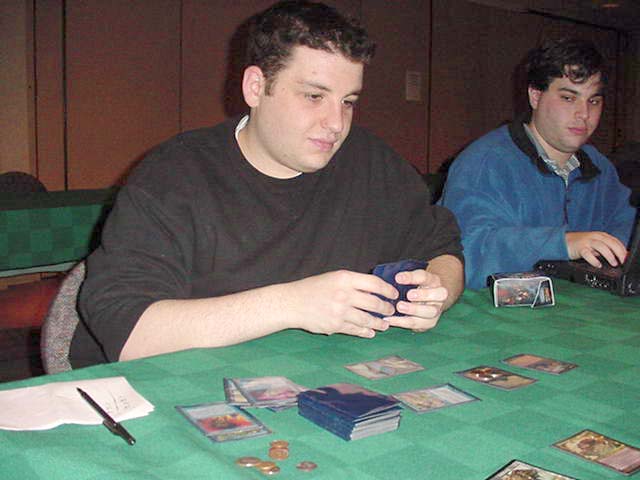 Seeing that DanOMS was wise to his Sphere of Resistance plan, Pechon took them back out and added some creatures and Slay before Game 3.

With seven minutes to go, it did not look like this match would be able to reach its natural conclusion. Pechon began with a River Boa which entered play and played another one after casting Swords to Plowshares on DanO's Meddling Mage. DanO then Plowed one of the River Boas and Pechon kept the gas flowing with Pernicious Deed. On the next turn a Duress netted Swords to Plowshares and revealed Mystic Enforcer, Legacy's Allure, and Werebear. Pechon blew the Deed taking out the Allure and Werebear, and now DanO's only hope rested on Mystic Enforcer.

When it got Plowed, the two Treetop Villages that Pechon had drawn started to wreak havoc on DanO's life total. A topdecked Gush led to another Gush which provided no answers to the Villages. DanO was forced to scoop on turn three of extra time.