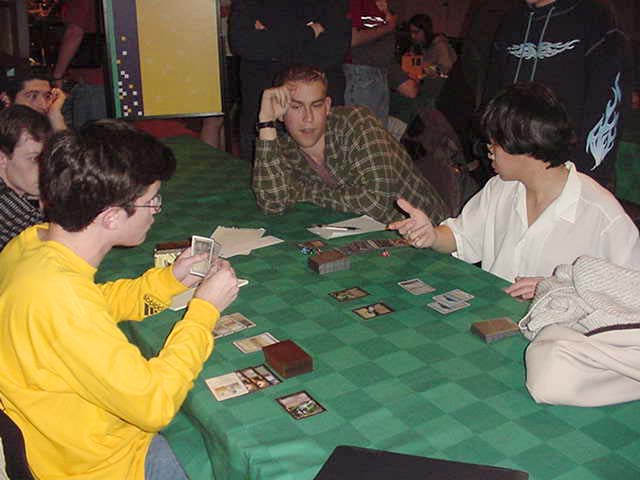 Can it be true? Is the irrepressible Lan D. Ho finally being repressed? After skipping New Orleans thanks to an acute case of the "I don't want to's", Ho shelved his Magic collection, and hadn't touched it until Friday. So, in the antithesis of a comeback, he has declared this his last sanctioned tournament. First in line to have their dreams crushed is local favorite Shawn Kiernan. Kiernan is with Junk today, and Ho is running a modified Miracle-Gro with white for Swords to Plowshares.

An early Boa from Kiernan meant Ho needed one of those Plows in a hurry. Ho used Flood Plains and Sleight of Hand to balance his mana, before starting to grow his Dryad. Meanwhile, Kiernan had missed his third land drop. His Spectral Lynx was countered. It looked like his Boa would have to go the distance. Ho Plowed it.

Kiernan found a third land, Treetop Village, and tried a second Boa. It walked right into Ho's Daze. From there, Ho added Winter Orb and Werebear to the mix, sealing the deal. Kiernan's lack of black mana had him short on options. Treetop Village bought him a turn, so he was well rested for scooping. 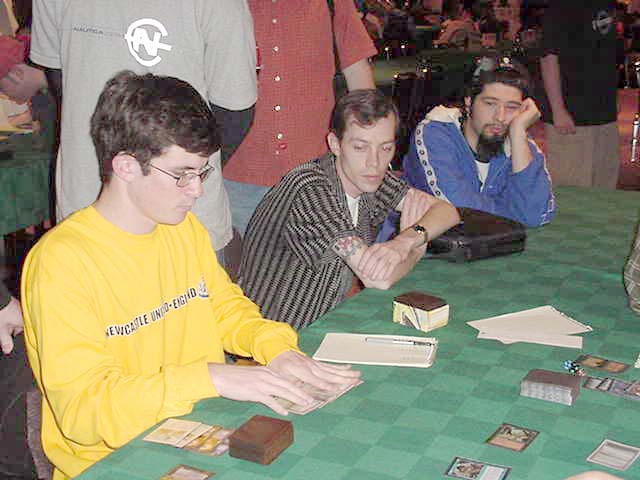 Boa resolved early in game 2. Ho matched it with Legacy's Allure. He had to protect his investment with Gush into Foil when Kiernan tried Vindicate. A second Vindicate earned a similar fate. Six for two is rather "okay".

However, Kiernan was suffering from a bittersweet excess of lands, leaving him with very little business. He had a Plow for Ho's Werebear, and an Enforcer with just four cards in the graveyard. Ho Plowed back. Another Plow took down Ho's Dryad.

But then things started to turn around. Gerrard's Verdict paved the way for Pernicious Deed. Then two Boas to match Ho's singleton. Werebear from Ho forced a stalemate. Turns passed. Kiernan found a Powder Keg and set the board back to Boas. He attacked once, and Duressed. Ho Plowed one Boa and Submerged the other, showing a Dryad and land in hand. 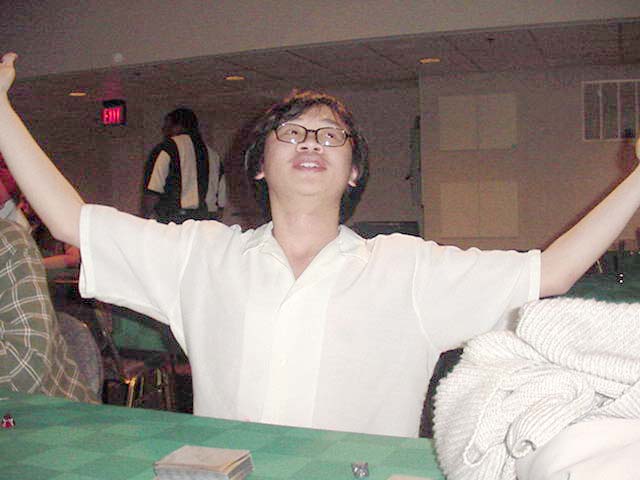 Slay took out Ho's Boa. Ho came back with a Dryad. Kiernan dropped a Deed, and Ho forced him to use it by making his Dryad a 4/4. Then he went crazy, playing Legacy's Allure, Winter Orb, and Werebear. Kiernan tried to stabilize behind two Lynxes, but the Allure snagged one. Ho made a second Werebear and started swinging.

Kiernan was ready with a third Lynx. Ho Forced it. River Boa came to the rescue, but Ho Dazed to tap Kiernan out. Kiernan was forced to eat eight damage, falling to six. From there, the road was short to a Ho victory.