Round 5: Eric Taylor vs. Alan Comer 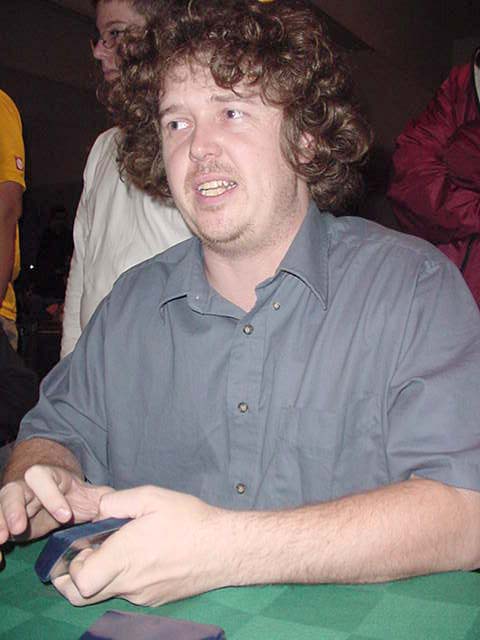 This round, two evil geniuses sat across from one another, piloting their most recent "signature" decks. Eric Taylor with his "Raisin Bran" Aluren combodeck and streetclothes, versus Alan Comer and Miracle-Gro.

Comer led with Island, and evaded a Duress from Taylor with Brainstorm. Taylor snagged a Curiosity, seeing a hand chock full of goodies. Comer Sleighted into a second land, and then tried a Winter Orb. Taylor pitched Force to Force. Comer Gushed and Brainstormed before letting it go.

Taylor's draw was less than insane. He had a Man-o-war to put back Comer's Bouncer, and another to stall Quirion Dryad, but little else. He found a Gush, which gave him Vampiric Tutor. That in turn fetched Cavern Harpy, but Comer had Force of Will.

Comer's now-Curious Dryad swung for five. Even though Comer forgot to draw for it, he was in control of the game. Taylor's draws continued to yield lands and Land Grants. His Aluren got double-Dazed, and Taylor never got a chance to play his second.

Comer mulliganed in Game 2, and Taylor kept an island, Brainstorm, Brainstorm draw. He soon found himself locked into two unproductive draw steps. Comer saw his plight, and remarked "So, it's going to be one of those games is it?", missing his second land drop as well. Taylor thanked him for his sympathy. 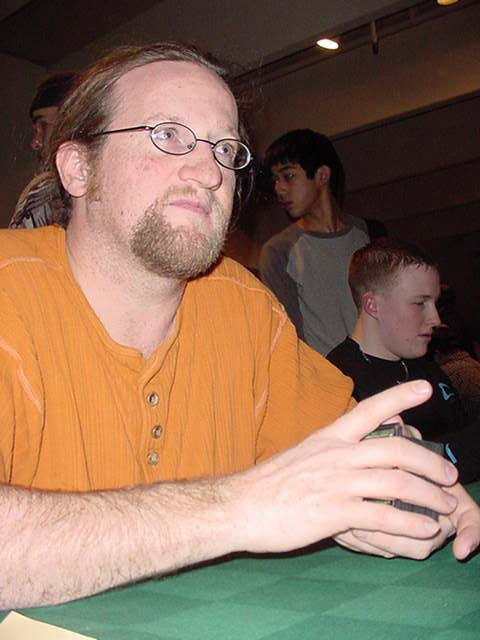 Unfortunately for him, Comer's deck is better equipped to operate off the one-land draw. He pulled a Sleight of Hand, which Taylor had to Force. Comer Dazed. Taylor paid. Comer did a double-take. Chagrinned, he Forced back. He found a second land.

Taylor held back on his Contagion in hand. He Forced Comer's Quirion Dryad. Comer pressed with Curiosity on his Looter. Taylor played Contagion, but Comer had another Force. He did not forget to draw for Curiosity.

But Taylor's deck was kind, giving a second land to fuel Impulse. Unfortunately, he didn't see a black card to go with his second Contagion. He took and played Hidden Gibbons, then found a land to get a Call of the Herd token. He was on the verge of taking the offensive.

Comer smiled as he played a Skyfolk and a second Curiosity. He came over the top, and stopped Taylor's elephants with back-to-back Werebears. Winter Orb was the nail in the coffin.