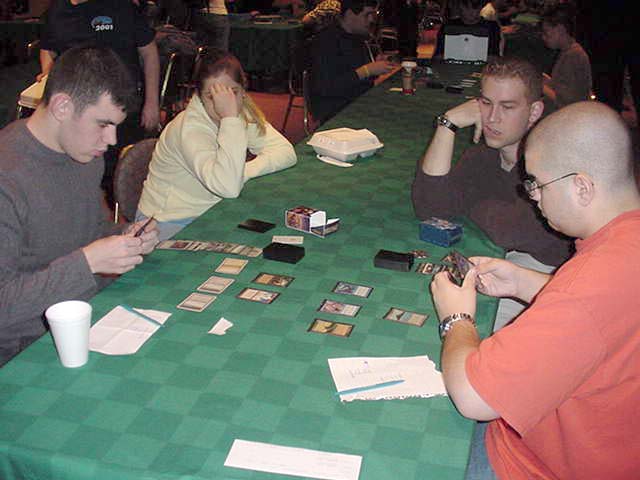 Masters Finalist and Invitationalist Chris Benafel can be seen at the top tables of most Grand Prix, identifiable by his trademark smugness. He entered Day two comfortably high in the standings, as did his opponent, Worlds Finalist Alex Borteh. Both work their game with a quiet intensity and a great deal of focus.

Borteh started off with a Tropical Island and Land Grant. Benafel followed suit, but not before Plowing Borteh's Gaea's Skyfolk. He added Winter Orb, but neither player seemed concerned. Borteh's Waterfront Bouncer entered play unopposed, and held off a Werebear from Benafel.

Benafel stopped a Manta Riders with Daze, but a second one resolved. A turn later, Borteh added a Quirion Dryad. Benafel searched desperately for something to deal with the Bouncer. He found nothing. Borteh then resolved a Quirion Dryad. Gush and Brainstorm gave Benafel no answers. He scooped in short order. 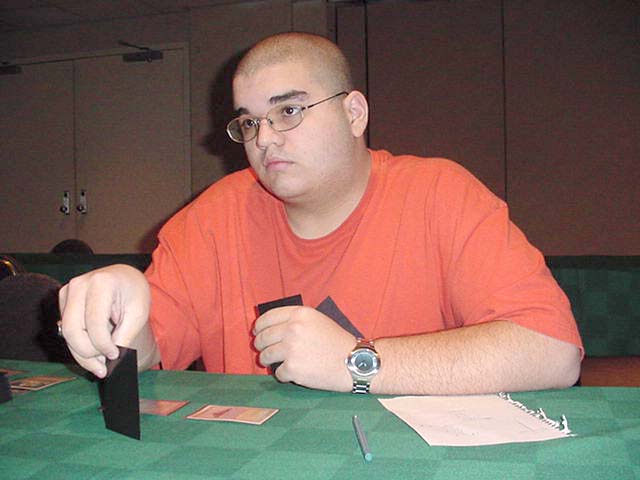 Benafel got a leg up early in Game 2, with Legacy's Allure. Borteh's Land Grant revealed Submerge, Disrupt and some creatures. Nothing that helped him stop a second Allure from Benafel. With two Allures, Benafel was free to wait. Eventually, he played out a Dryad and Werebear.

Borteh was against the wall. He Submerged the Dryad. He played a Gaea's Skyfolk, which Benafel promptly stole. When a pair of Disrupts failed to dig up anything of significance, Borteh scooped.

With just six minutes left for Game 3, Benafel had to mulligan a hand of green cards but no green sources. Borteh, on the other hand, was ready to brawl. Land Grant got him a Tropical, and showed the Dryad that was to follow. Benafel Plowed it, missing his second land drop. 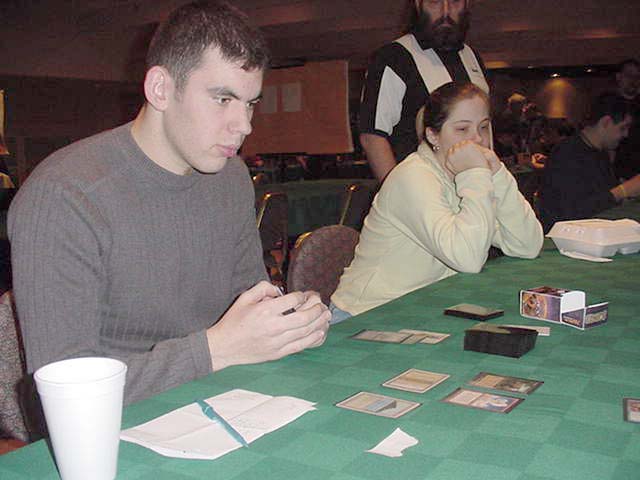 However, fate was kind, and Benafel ripped a Tropical of his own. This enabled a pair of Legacy's Allures. Again, Benafel was in a ridiculous position. Time was called, and on the fifth turn, Benafel had four creatures to Borteh's none, but was unable to deal enough damage.