n Magic, lands—places, environments, terrains—are the ultimate source of mana. The type of terrain determines the color of mana they generate. I wanted to show off some of this mana generation in action by stepping out my door, but from my desk at Wizards of the Coast I can only see a little courtyard and a concrete parking lot. I think I can only generate, like, dishwater gray mana around here. 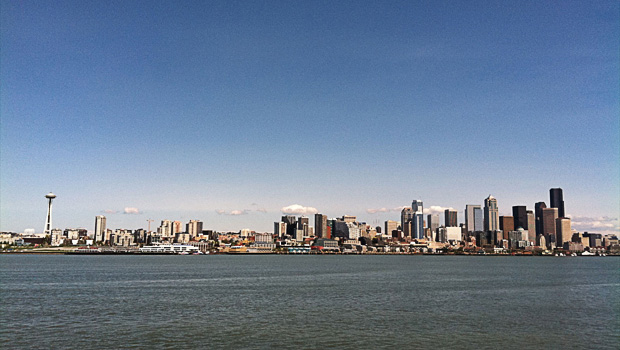 Luckily the Pacific Northwest and Seattle in particular are home to a dazzling variety of environments. So I decided on a mana-flavored mission: In honor of Mana Week, I would visit all five of the basic land types in one day. 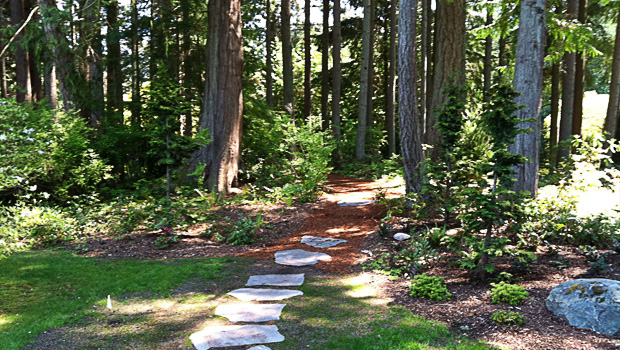 I took some time off from work on a gorgeous spring day, climbed in my car, and began my grand mana tour. And to prove I actually went to these places, I took photos. 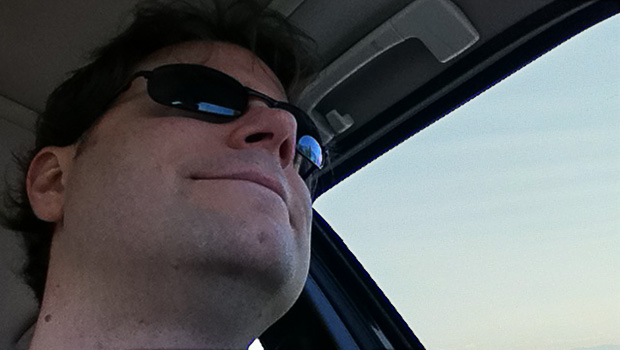 Apologies in advance for my hair.

First things first—I had to get on an island. Seattle lies alongside Puget Sound, a body of saltwater that connects to the Pacific Ocean, and the Sound cradles several islands—a perfect spot to hunt for some blue mana. I drove to the ferry terminal and got on one of the enormous car-shuttling boats.

I've lived in Seattle for more than a decade now, and I am still enamored of riding the ferry. There are people who just sit in their cars on the parking decks, dozing or listening to iPods or whatever, but I never do. I stroll the boat and take in the views. I'm addicted to the sensation of being in a moving room surrounded by water.

I tried to study the landmasses and make out which islands are which. It's odd—from the vantage point of a boat, islands do not look like islands. It's not like they look on basic land cards—at least not with the islands that are big enough to drive onto and that have their own ferry terminal. They just look like—well, land, minus the is-. You can't get a perspective of them that's wide enough to take in the whole thing. You don't get that classic view of a sandy splat of land with a palm tree stuck in it, with water visible on all sides. Maybe from thirty thousand feet this land would have its is-, but from here it just looked like a landmass.

Even before the ferry hit the far terminal, it became clear that I was already on an island—an artificial, moving island, with blue mana all around me. Why is it that Islands and blue mana are associated with the mind? Is it that the water is calming and deliberate? Is it that the water surrounds and isolates the island, like the solemnity of a lone mage in his tower? Maybe that's why traveling by ferry makes me so contemplative.

At any rate, I had clearly achieved my Island goal.

The ferry arrived at its destination—Bainbridge Island in the middle of Puget Sound. Aside from actually being an island, I knew there would be good opportunities for other land type checkmarks here.

As I drove off the ferry, my GPS was very cross with me. 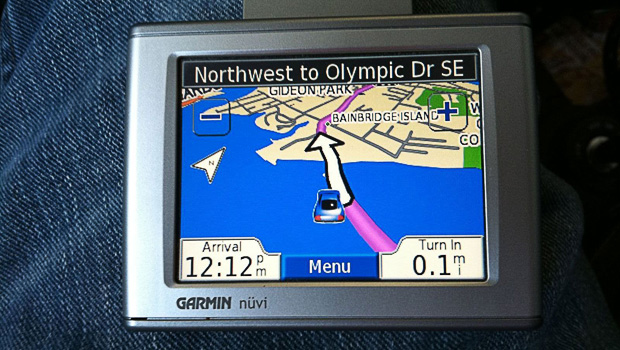 Please drive to highlighted route: GET CAR OUT OF WATER!

I visited a nature reserve, hoping to find some reserved nature. Despite being on a solo mission in the middle of the wilderness, I felt a strong sense of order and connection. Soon enough I came upon this:

White mana flowed around me. Isn't it strange that the land type most aligned with civilization and communal interdependence can feel so desolate? And yet, I found signs of habitation and agriculture. Even though this wasn't the Great Plains, it was certainly a small meadow, and open and unspoiled enough to qualify as my Plains.

Why are Plains and white mana associated with order and light? Certainly there was plenty of sunlight playing havoc with my winter-cultivated Seattle pallor—plains environments are naturally open to the sun. And maybe the association with order has to do with the symmetry and regularity of the flat expanses of grass. Every blade is unique, and yet they grow in uniform patterns across acres and acres of land, just like individuals in a community. 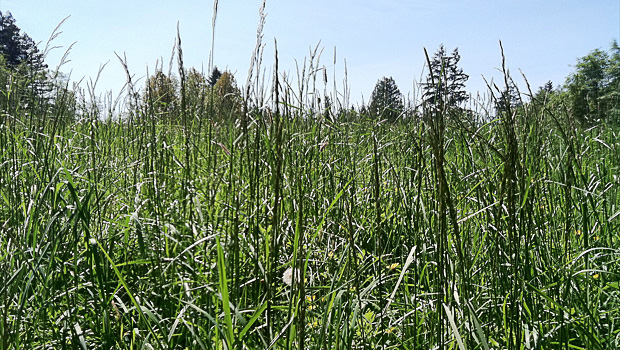 I had three more biomes to discover and it was already afternoon, so I headed on. I found a darkly forested area—but don't get ahead of the story. Despite the lush foliage and the springtime growth all around me, I didn't feel the flow of green mana. No, though the sun was high in the sky, I felt a shady chill. The smell turned from airy-fresh to stagnant and spoiled.

Algae swam over the surface of a cool, shaded pond. Trees leaned diagonally over its surface, hiding the still waters from open sky. Pooled muck supported an ecosystem of flying pests and decomposing fungi.

And then, uh, an adorable family of geese swam into my viewfinder. Do you mind? I'm trying to evoke a Swamp vibe here! BLACK MAGIC! Death and decay! Sigh. 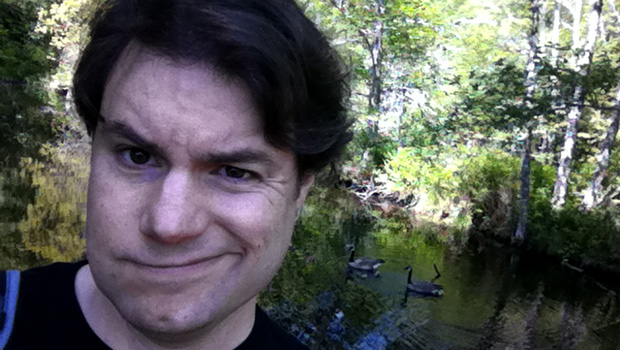 Okay, so it's not the decaying, leafless gloom-zone we so often depict on Swamp cards. It was just about the most beautiful spring day we had had in a long time, and everything was blooming. You don't know how hard I worked to keep gorgeous wildflowers out of these pictures. I did, however, find this huge mass of pitcher plants. Carnivorous plants! That's sort of creepy, right? They grow in poorly nitrogenated soil, such as in swamps, and that's why they have to EAT ANIMAL FLESH in order to survive. 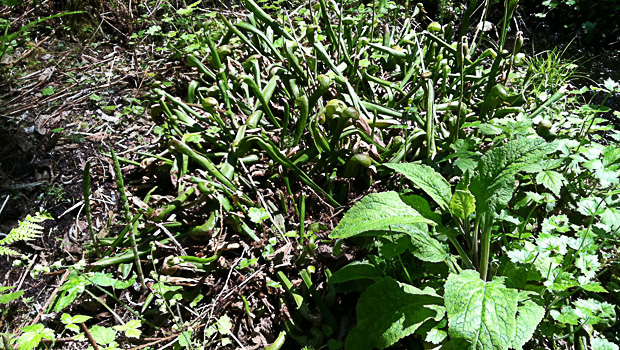 By the way, Googling for "swamps" doesn't get you much, at least in this area. The term is just too negative. Pro tip: Search for "protected wetlands." That's the term that'll get you what you're looking for: shady lowland areas with shallow, stagnant water—a biome that humans are fond of draining and paving over, apparently. Anyway, thanks to some improved search terms I found what I was looking for. Voila, basic Swamps!

It's not hard to see why the color of death and decay is associated with the Swamp. The dark, soggy forest is a mainstay of fantasy stories, especially as the lair of an ambitious, ruthless wizard who'll do whatever it takes to blah-blah-blah. It can be harder to find that kind of archetypical swamp—I mean, protected wetland—outside of the drizzly autumn or winter.

Next up was the easiest basic land type to find. I was already surrounded by a flourishing tapestry of flora and fauna, and had supplanted my GPS with my instincts. I followed a trail into the woods and found what I was looking for.

The Pacific Northwest is known for its lush evergreen forests, a biome that has held here for thousands of years. Although few old growth forests remain in the immediate Seattle area, the town is crawling with nature lovers who work hard to preserve and restore its emerald glory. Green mana, Forests, growth, abundance, living creatures—they all go together naturally. I even had a visitor in this particular forest—some sort of gnarr, I think? Looks innocuous, but it's probably an undercosted monster that can pump up to massive power and toughness.

I still had one more land type to cover: the Mountain. This was going to be tough. The day was slipping away from me, and there weren't any mountains close enough to the city that I could actually visit them by sundown. 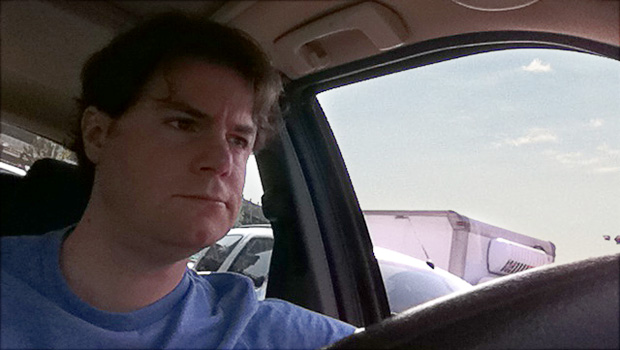 I tried heading to a state park that I knew would have views of a certain Washington landmark. Even given the wide-open beaches of the park and limitless sightlines of the sunny day, though, I knew this particular landmark would be far away enough that it probably wouldn't be captured well by my camera.

Mount Rainier is a massive, 14,411-foot-high volcano—the most topographically prominent in the contiguous United States. It's only about 50 miles away from Seattle, and people here just call it "The Mountain"—as in, "Wow, sunny day for once—I'll bet the Mountain is out today." Rainier is an active volcano, meaning it may erupt any ol' day now, spewing angry plumes of ash and rolling waves of lava into the surrounding basin. (Seattle is considered to be relatively safe from the likely path of the lava flow, but some low-lying towns nearer Mt. Rainier may not be so lucky if and when Boom Time comes.)

Taking advantage of the sunny day, I got pictures of the often-shy peak of Mt. Rainier from a variety of perspectives throughout the day.

At this distance, I don't think I was forming a mana bond with the massive volcano. And honestly, in its placid, bluish-white haziness, it didn't appear as the kind of raging ruddy summit we often depict on land cards. It stays snowy on Rainier late into summertime, and the very top stays cold year round. Although I'm sure its heart is the fury of molten stone, for most Seattleites like me, the Mountain is just a pretty backdrop to city life. I'm just not sure I got a proper connection with this basic land type on this quest. I certainly wasn't able to truly visit a mountain during my day's outing.

Still, a good quest it was, with four solid quest counters chalked up. I headed back to town, enveloping myself once more in the artificial biome of concrete, glass, and steel. Having fallen short of the full set of

mana, though, I still felt empty. I fueled up with the next best thing to red mana: caffeine. 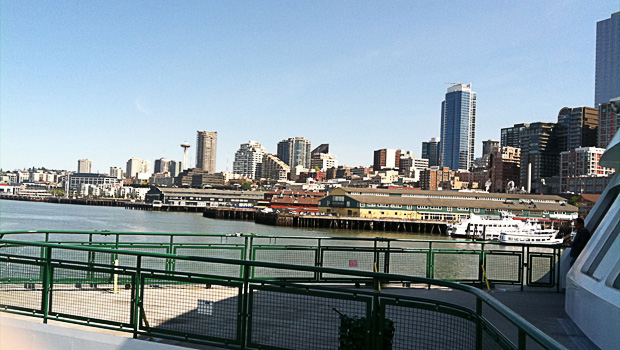 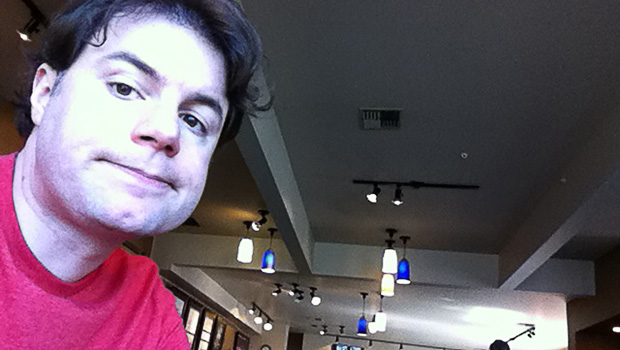 Maybe someday I'll get to do the full circuit and truly tour all five basic land types in a single day. Thanks to my trip, though, I felt like I got closer to understanding the connection between the land and the five colors of mana. It was certainly a good excuse to get out of my desk chair and into nature—not to mention five changes of t-shirt.

Kiora Atua (kee-OR-ah AH-tu-ah) is a planeswalker character you'll face in the upcoming Duels of the Planeswalkers 2012. Like Nissa Revane, Kiora makes her debut as an opponent in Duels without having previously appeared on a card. Here's some background on her.

Kiora Atua is a merfolk planeswalker who commands the powers of the depths. Kiora venerates the huge creatures of the sea—krakens, leviathans, and other denizens of the inky depths—because for her they are evidence that even the most persistent forces can be endured: time, water, predation, and darkness. Kiora is a blue- and green-aligned Planeswalker. She seems calm and wise, but her dreams are bizarre beyond imagining. 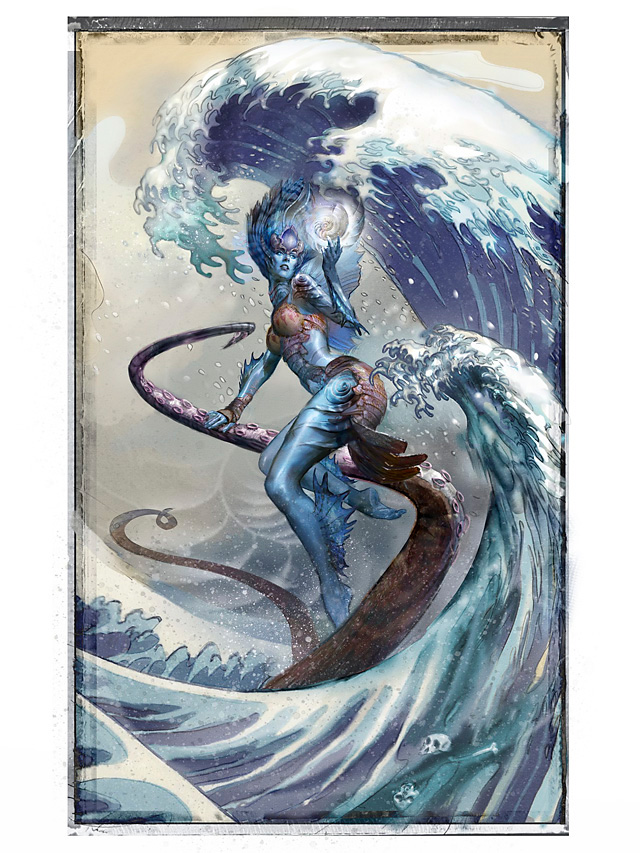 Kiora's presence in Duels 2012 doesn't mean she'll become a card immediately—or even at all. We regard Planeswalker characters in Duels as glimpses of personalities from across the vast reaches of the Multiverse. Some may turn out to play a role in the story in the near future, but others might not. For Kiora, time will tell.