ens of thousands of dead skin cells fall off of you every hour of every day. The dead cells of your outermost skin layers are replaced by new cells that are continuously generated on layers deeper down. The average age of the cells in your body may be between seven and ten years. You want transformation? There you go. You still bear the same name as when you were born, but in some sense you're not the same ship you were when you left port.

"The ship wherein Theseus and the youth of Athens returned had thirty oars, and was preserved by the Athenians... for they took away the old planks as they decayed, putting in new and stronger timber in their place, insomuch that this ship became a standing example among the philosophers... one side holding that the ship remained the same, and the other contending that it was not the same."
—Plutarch

Transformation is part of life. It is hard-wired into existence. Thinker-types have been saying that for thousands of years.

(Apparently nothing endures but paraphrasing Heraclitus. Seriously. That was clever flavor text five centuries before Jesus, guys—the rest of you are just biting Heraclitus's rhymes. At least Fifth Edition Energy Flux had the decency to cite him.)

As a species, we're a little obsessed with transformation. We enshrine it in our stories; every tale from The Very Hungry Caterpillar to Hamlet celebrates a process of casting off the status quo and emerging as something new. Tales of redemption, revenge, love, loss, adventure—all are witness to acts of metamorphosis. From soul to skin cells, transformation fascinates us.

But transformation also scares us. Change is, for very deep evolutionary reasons, icky. We are animals that, instead of relying on instincts and camouflage and venom and spring-loaded claws, use our big fat cerebral cortex to know the world around us. We survive by learning the world, and by applying expertise we've gained from our thinky bits. But when something transforms in our world, it steals that expertise away from us. Change sweeps in and alters the parameters, so that we can't rely on our smug primate noggins anymore. The theme of horrific transformation is rooted in that darkest and most archetypical of fears: fear of the unknown.

Consider the werewolf. What do you lose when your trusted, loyal, and church-attending fellow villager becomes a ravening, irrational beast? You lose your personal safety, sure. But why? Because his pants don't fit anymore? No, because he's something else now. He's the Other. He's an unpredictable, impenetrable X-factor that no longer conforms to the same rules you've painstakingly learned and come to depend on. Lycanthropy is scary because it turns the comfortingly familiar into the primal, the murky, the unknown. You could almost imagine some Village Bell-Ringer in some Gavony belltower yelling the dire news to a chorus of bloodcurdling screams. 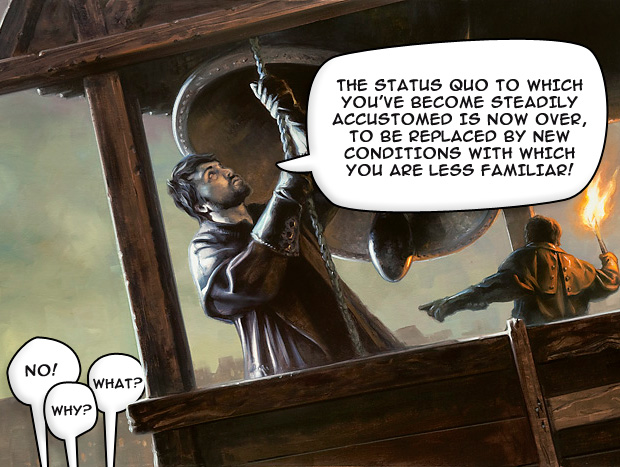 Transformation in Art: The Single-Cel Problem

Magic has represented plenty of transformation tropes on cards, of course. Threshold makes Werebear "bear arms" and kicker lets a little Kavu Titan become a really big Kavu Titan. Rise of the Eldrazi's "level up" mechanic let creatures grow into ever more skillful, powerful, and epic versions of themselves. But from a creative standpoint, there's always been an unfortunate missing piece. Since Magic art depicts one single freeze-frame moment, we never get to see the before and the after—just one or the other. In animation terms, we only have one hand-drawn cel to communicate the action. Sometimes we're tempted to try to write art descriptions that ask the artist to show action that blends befores and afters together, but it's tough to do well, and it can often end up looking muddy. Remember, Magic art has to look good in a two-inch box—so we don't ask for that very often. 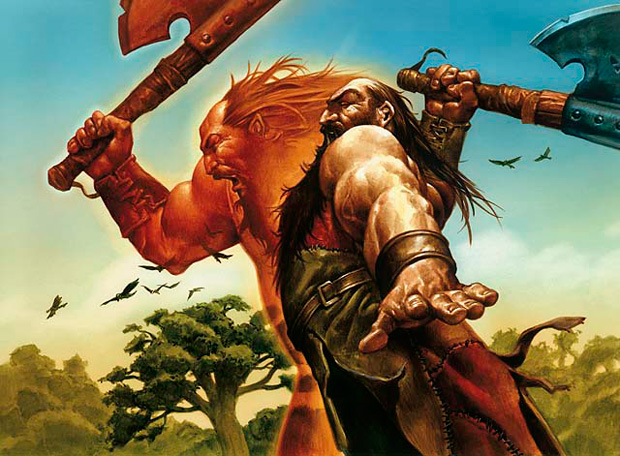 When we were commissioning art for the Rise of the Eldrazi levelers, we had to decide whether to show the low-level version of the guy (nahhh) or the powered-up, highest-level version (um, yeah, I think we'll go with that one). 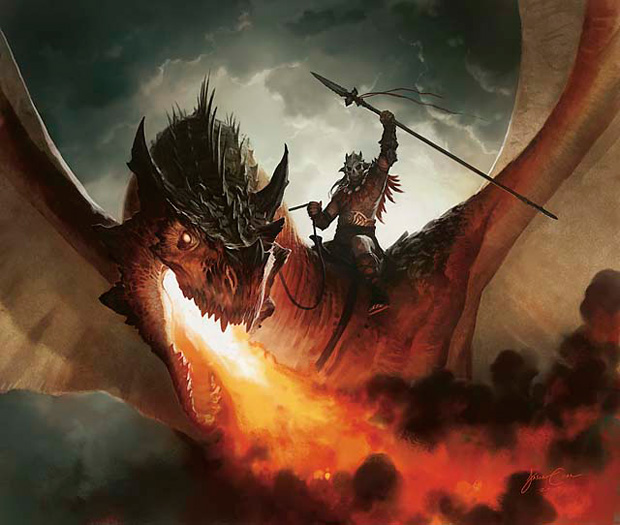 Innistrad's innovation was to give us two frames of animation. Double-faced cards were incredibly exciting to us (even though it meant that some of the cards in the set would represent double the work and double the art budget), because they meant we would be able to show a real transformation.

Transformation is a fundamental part of fantasy, horror, Magic, and life. Seven to ten years from now, you'll still be you, yet most of the cells in your body will have been replaced. If you ever feel like you're someone who can't deal with what's before you, don't worry—soon enough you'll turn yourself into someone who can.

"It may be hard for an egg to turn into a bird: it would be a jolly sight harder for it to learn to fly while remaining an egg. We are like eggs at present. And you cannot go on indefinitely being just an ordinary, decent egg. We must be hatched or go bad."
—C. S. Lewis

It is possible this question has been asked before since it seems to be a natural one. I am wondering about the provenance of instant and sorcery spells such as Disentomb, Mental Misstep and the like. This is to say, are these spells invented by some mage, and then passed on by word of mouth or through texts? Are they just natural talents that some spellcasters possess? Or are they natural parts of this universe of which spellcasters can take advantage, in the same way a NASA engineer might take advantage of universal gravitation?

In short, my question is whether spells are invented or discovered.

Certainly some spells are invented. A mage can develop his or her own signature style of channeling mana and weaving magic, creating an entirely new combination of effects that has never existed before. This mage could spend hours in her tower sanctum, poring over brittle scrolls and arcane riddles, planning and testing and devising. Once created, knowledge of this new spell might be jealously protected, recorded in magical grimoires and sealed away, or perhaps taught to others in a mage academy for many spellcasters to enjoy.

Color pie note: I don't want to give the impression that all spell research is an academic, book-readin' exercise. A blue-aligned vedalken archmage might go about inventing new spells this way, locked in a tower with scrolls and theory. But a green-aligned druid might devise new spells on the fly, from the hip in the midst of combat, channeling raw impulses and improvising wild swirls of green magic as needed. A powerful red mage might never cast the same spell twice in his whole life, preferring to let whim guide his spur-of-the-moment spellcraft.

So we know some spells are invented. And some effects might even be invented more than once across different times or on different worlds, in a kind of parallel evolution. Staple effects such as Shock or Naturalize might be found on many worlds, even worlds that planeswalkers have never visited.

Think of a dragon's fire breath. I'm not sure if anyone has determined exactly how firebreathing works, but Shivan Dragon and the card Firebreathing paint a pretty logical picture. In Magic, most dragons are not intelligent spellcasters; they're savage sky-predators, monsters of the mountains. But it seems logical to say their breath is a magical effect that involves not only a certain draconic throat anatomy, but also the channeling of mana. That, for me, is what it means for a magical effect to be a spell. If a nonsentient dragon's fire breath involves mana, then it's a spell that was not invented, but a thing that dragons happen to do that mages can replicate.

Let's think of an even more basic example. Your gravity example is a fine one, Cal, and I think it's the right direction to think about. Gravity is a natural law that would be happily bringing masses together even if there were no NASA scientists to study it. Now think about spells like Leyline of Vitality or Windstorm. The flavor here feels like they are natural phenomena that would be happening anyway, whether green mages were casting them or not.

But maybe that's just art imitating life. Maybe windstorms happen all the time without mana, but the spell Windstorm is a thing that only mages do, which is the use of mana to magically summon up the forces that create a natural-like windstorm. I would say there's room to claim that "spell" implies "caster," which implies invention rather than discovery.

But at the end of the day, I think that there are natural phenomena that manipulate mana without the input of mages. Most of the instant and sorcery cards we see in Magic booster packs represent spells that have been invented by mages to solve problems, blow up artifacts, conjure axes made of lava to inflict a lot of bodily harm to their fellow mages, transform themselves into werewolves, and so on. But a few may represent phenomena in the multiverse that warp mana without the benefit of spellcasters.