oday I'm hurling huge explosions of gratitude and appreciation at you. To everyone who has read these articles and shared this enthusiasm for Magic flavor: you are awesome. I've loved talking to you guys about Magic art, flavor text, backstory, and crazy theories of planes and Planeswalkers all these years. However, I have decided to hang up my weekly columnist spurs. Despite the fact that I believe we're in a golden age of Vorthos, this will be my last weekly Savor the Flavor article. 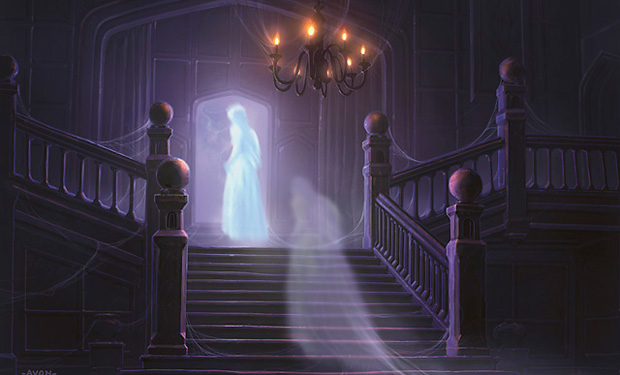 This decision was entirely my own. I'm not leaving Wizards and I'm not leaving Magic, and I'm certainly not being asked to step down or anything—I'll still be right exactly where I was, here on the Magic Creative Team, helping to churn out Magic's settings, card sets, and Planeswalker-driven stories for you guys to enjoy. But when it comes to writing the weekly Savor the Flavor column, I've decided it's time for me to be done.

Sharing this time with you guys week in and week out is an accomplishment I'm intensely proud of. It's allowed me to grow as a writer and to keep a powerful link to the people for whom we make the game. It's allowed me the honored position of being the spokesperson for the rich worlds, gorgeous art, and hand-hewn tales my colleagues create and that I'm so passionate about.

And it's allowed me to be in direct contact with you guys, the people whose excitement and enjoyment are the very reasons we show up every day, the people we have constantly in mind as we engineer Magic's twists and turns. Being able to communicate directly and share fervor with the people who consume what you create is an insanely unique gift, one that everyone who works at any business should have the honor of experiencing.

But for now, I've done my piece. I've written this column for four-and-a-half years of my life, and I've had the chance to say frankly far more than I ever expected to say. It's time for me to be done. I want to thank you all from the bottom of my little flavor-obsessed heart for the support, the enthusiasm, and the Vorthos spirit you've shared with me.

So who's the next columnist?

Unfortunately, right now the timing is not right for another writer to spring into the role of Savor the Flavor columnist. I had hoped that my departure from the column would leave a nice open cockpit ready for another flavor-obsessed pilot, but at present there isn't a perfect candidate to take up the mantle. Being a weekly columnist is a big responsibility, and my departure comes at a time when there's not an easy choice of replacement. 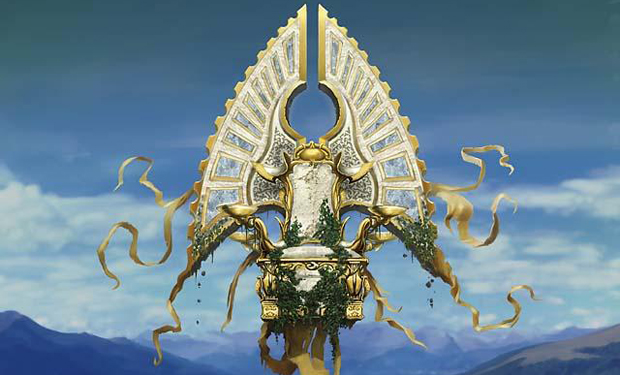 On the other hand, you will not be entirely rid of me. I will continue to write feature articles about flavor and backstory that kick off preview seasons. I will pop in to talk about projects I'm involved in (for example, I was the lead designer of the upcoming Magic 2013 set, so I will have plenty to tell you about that in a few months). In essence, I will transition into becoming one of R&D's rotating squad of occasional feature article writers, as many others have before me, rather than a weekly columnist.

What does this mean for Savor the Flavor, then?

I know many of you have come to appreciate these articles on Magic's flavor aspects, and want to know what's coming. Right now, what's coming next for Savor the Flavor is still under discussion here at Wizards. It was entirely my decision to step back from the weekly gig, and since there's not an obvious candidate to step into those column-shaped shoes, it's now the decision of other people to determine what to do about it. Smart and capable folks from the web team, R&D, and brand are hashing out the best strategy for the future of Magic flavor content on the web. 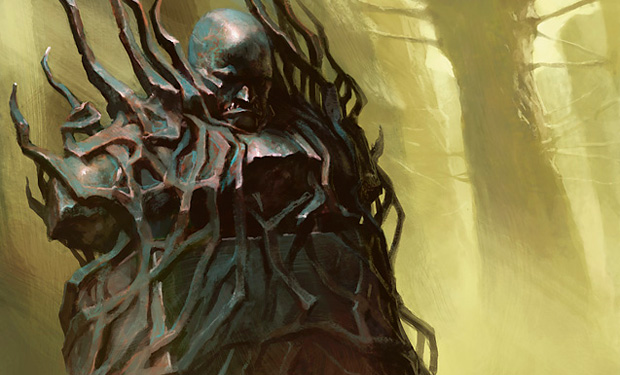 There is a strong desire to continue showcasing the art, flavor, and settings that make Magic great, and we understand the uniquely amazing privilege of getting to interact with you guys who are passionate about those aspects of Magic. We still want to do that in the smartest way possible, but the strategy for making that happen is just not ready for prime time yet. It might turn out that we'll try some new things this year for exploring Magic's flavor side. Even if the only change were a new author for the column, that author would inevitably bring his or her own style and tone and direction to the column, so change would be on its way even if we had a ready candidate. It could be, if this is what's decided, that the very mission of showcasing flavor on this site could change—we could end up emphasizing different parts of the Magic creative process, move to a different schedule, or change the format of that flavor information entirely. As I said, it's still under discussion. I would tell you more if I knew more.

So for now? What will happen in the near future is this:

That's what I can tell you for now. Everything else is up in the air while we figure out the best way to proceed.

So why are you stopping?

Couldn't I just keep writing? Why have I decided to step back from Savor the Flavor? Well, again, the reason is not because I'm leaving Wizards of the Coast. In fact, I'm not changing anything else about my job—I will still be working on building settings, composing art descriptions, helping to oversee creative text and plan stories, and just generally conjuring up cool stuff for Magic along with my other Magic Creative Team compatriots. For me personally, the only change this represents is that I won't be writing any more weekly articles. So why hang up the spurs now? 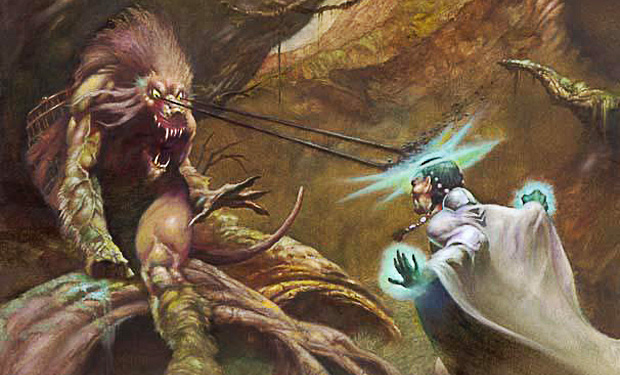 The energy commitment is significant. Writing this column is not my main job. Every week, it takes me a significant chunk of clock-time to write Savor the Flavor, and that's time I do not spend helping my team to create Magic. But it's not just about the hours in the day—it's the cost in mental energy and overall brain-space. I want my whirring brain cells to be occupied with making the game as good as it can be, and lately the column has been taking an undue amount of those cycles. It's not okay for my reporting on our work about Magic to get in the way of my doing that work.

I'd rather stop than suck. I don't actually want the column to change—frankly I would love to see it continue on indefinitely, if only so I could enjoy reading it every week myself! But I can't supply what it needs at this time—I wish I could be that guy for you forever, and I'm sorry that I can't. Maybe if I cared about Savor the Flavor less, and thought it would be okay to put less time and effort into it, I would scale back my personal commitment to it and I'd probably be able to do it for longer. But as much as it stings to pull back from the column, the prospect of dashing off half-baked articles gives me bad shuddery feelings even more. I always want it to be as cool as I can make it, and I don't have it in me right now to give it that much of me, so it's quit-while-I'm-ahead time. If that means the column has to be authorless for now, then I'm afraid that's how it must be.

To grow, kill your darlings. I'm intensely proud of what Savor the Flavor has become, especially over the last year or so. From my perspective, it's earned its place as a key part of the site, and I've personally appreciated what I've learned from writing it. But weirdly enough, sometimes you have to do the opposite of the status quo, even when the status quo is trundling along just fine. One of the most challenging lessons I've learned by helping to create Magic, and about being a creative professional in general, is that you have to change things that are known to be working. You have to look at proven successes, and then, however tempting it would be to just continue churning out those easy wins, you have to not do those things. You have to keep tearing old muscle fibers to build new ones. I am looking for new ways to work on Magic, and unfortunately my article-writing time is what is getting the boot to make room for it. Again, this was my decision—I hope you will not take others to task for my choices.

Thank you all for reading this column, for sending in your comments on the forums and in my inbox, and, most of all, for being dedicated aficionados of Magic's worlds and stories. Year by year, world by world, and story expression by story expression, we've seen Magic grow by embracing the Vorthos spirit. 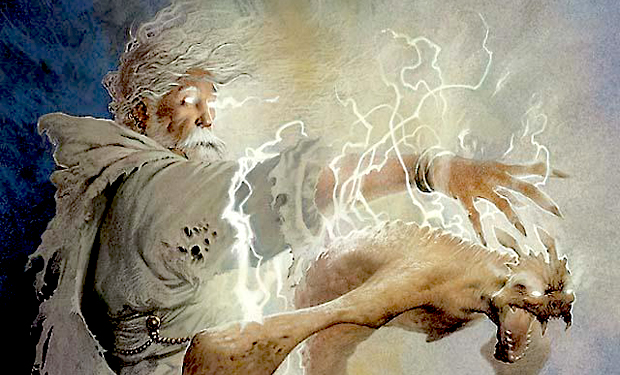 Planeswalkers have taken center stage, both in the planar milieu and in tournament halls. World detail and setting material such as the Planeswalker's Guide is sought-after content, even independent of card mechanics. The marketing of Magic's card sets relies crucially on the unfolding of its story, to the point that we are opening freaking Helvaults at Prereleases (file under: awesome). Flavor-driven core sets and evocative, thematic worlds like Innistrad have become the new norm, creating a rich sense of place, and letting Magic focus on card mechanics that feel like what they are. We're awash with examples of how flavor is center-stage in Magic these days, for reasons you and I have known all along: that the stories behind the cards matter. Whatever happens with this particular column, know that we in R&D have taken this lesson to heart.

In closing, I'd like to raise my glass to my fellow columnists on this site, and to thank all of you who contribute to the body of Magic writing on the web. I can honestly say that it's not easy to keep rolling out the awesome week after week. You guys are doing a great service, and I applaud you for your passion and dedication. Whether you're working on your first article or your five-hundred-and-first, you are amazing, and I thank you for making Magic better.

Thanks again, you guys. I'll see you around.