elcome, ladies and gentlemen. On today's Jeopardy! round, your categories are as follows: 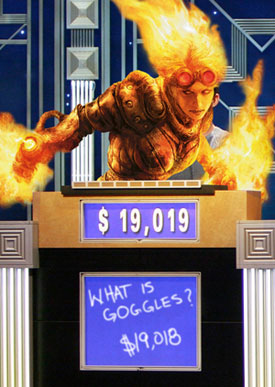 I hope you've been checking out the full-art Zendikar lands in Magic Arcana this week. They are follicle-tinglingly exciting even just seeing them in the web browser, and I can tell you that they look even more fantastic laid out on the table. (There was a draft with real cards in the Wizards offices recently. But afterwards they took back all the cards and sealed them away in a dungeon vault or something. So even we in R&D don't have any of the lands yet. Must. Possess.)

I'll say more about them and the setting of Zendikar in coming weeks, but for now, I want to call attention to another set of basic lands: those in Magic 2010. Our mission for M10 basic lands was to present the new and returning player some of the best, most representative illustrations for each basic land type. Although we're fond of mixing it up in expansions like the metal-infused realms of metal-infused realms of Mirrodin or the cityscapes of cityscapes of Ravnica, for the core set we wanted to play it straight-ahead and archetypal. Out of the twenty basic land versions in Magic 2010, ten of them were lovelies cherry-picked from past sets. The other ten feature all-new art—by some of Magic's top-shelf artists and landscape specialists, no less.

IT IS TIME TO SEE SOME HI-RES ART YAY 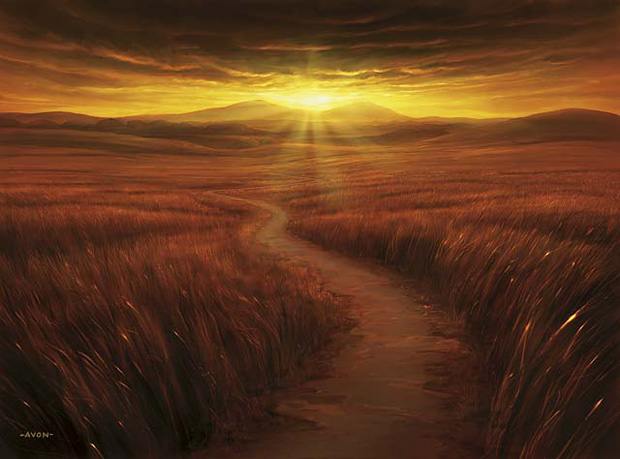 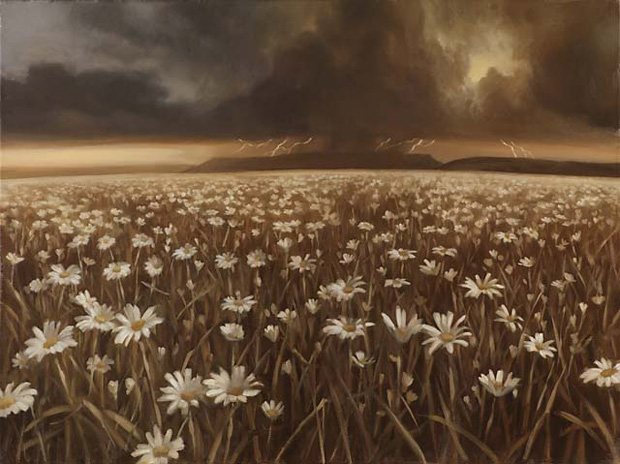 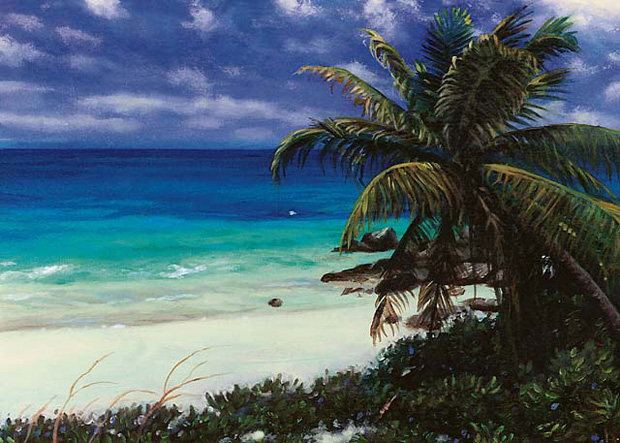 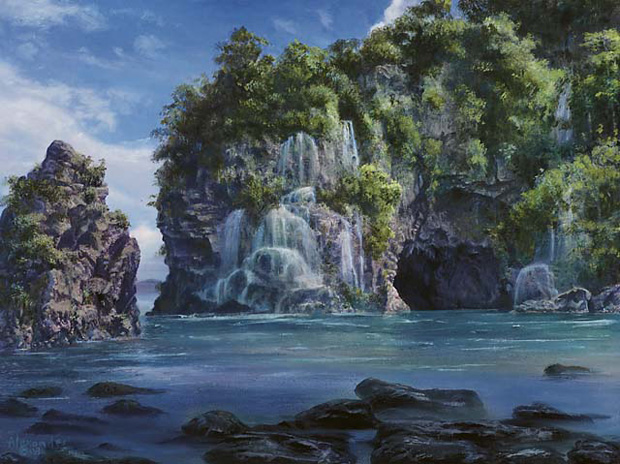 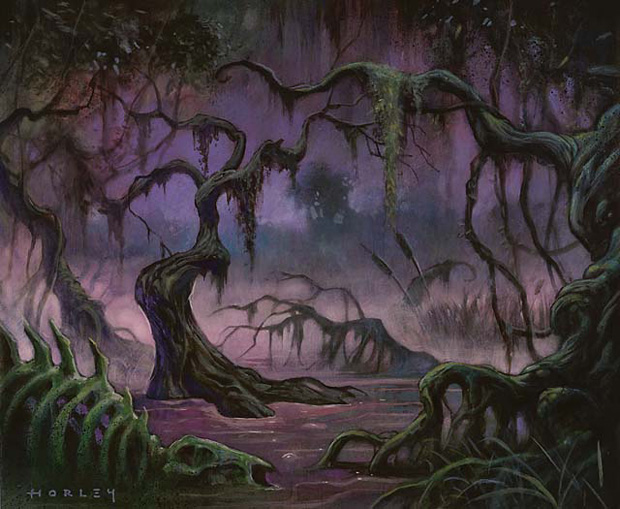 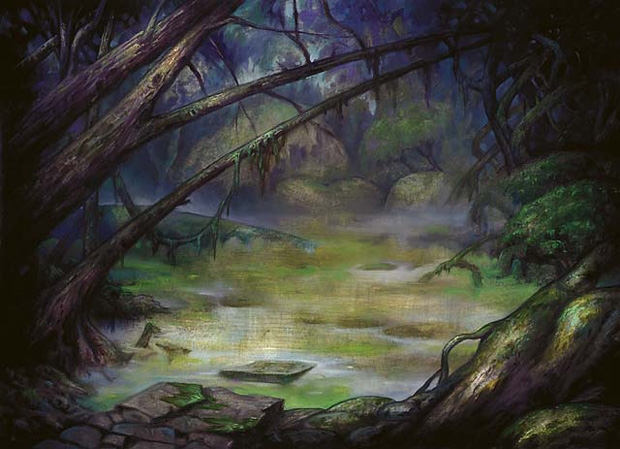 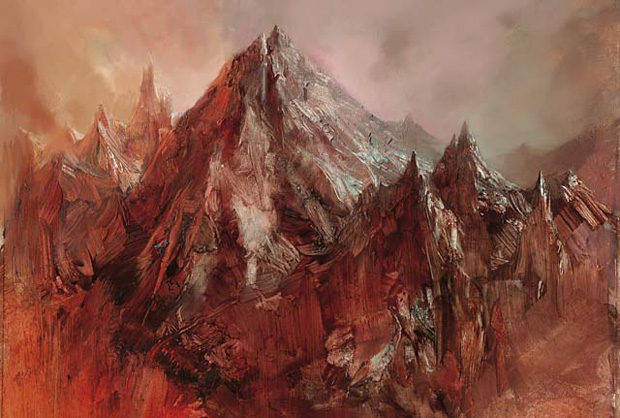 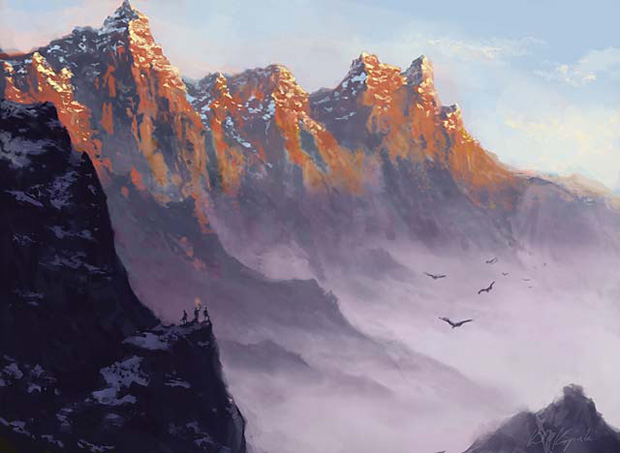 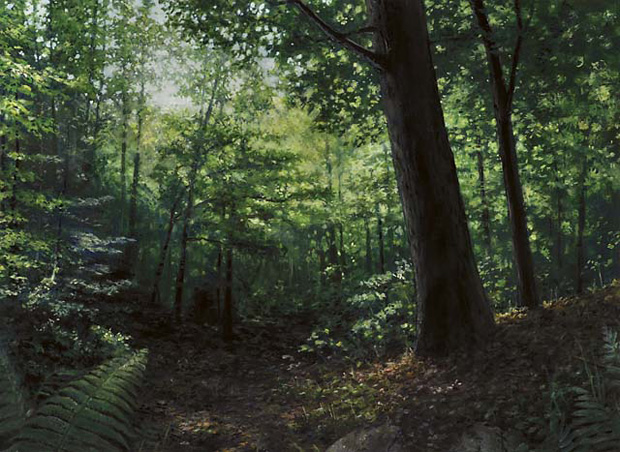 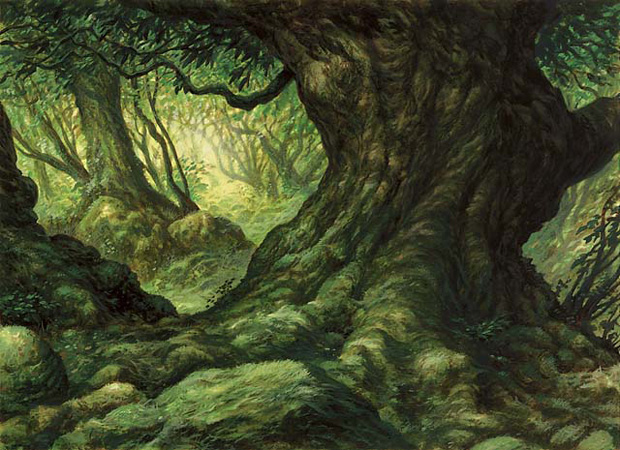 We take special pains to make lands look lush, inviting, and appealing. They may not be game-bulldozing mythic rares or envy-stirring chase promos, but they're in front of you more than any other kind of card, and we want them to be hot.

Okay, the Zendikar full-art ones will be envy-stirring. Those things would make Gollum toss that old ring, they're so preciousss. There's a Mountain illustrated by Vincent Proce that I think is my favorite. I think?

Lately I've been obsessed with how planeswalkers, and magic in general, are seen by the civilizations and worlds around them. On most worlds in most planes of existence, magic is commonplace, but planeswalkers are rare and barely known, if at all. There must be some corners of the Multiverse, however, in which non-planeswalkers are aware of planeswalkers, and have at least a passing familiarity with the idea that there are planes and realities beyond their own, accessible via strange forms of travel through the Blind Eternities.

It's led me to wonder. Do all civilizations in the Multiverse fall into a few categories of magical understanding? Do these categories form stages of social development, implying the possibility of a progression from stage to stage, or regression to "earlier" stages?

Civilizations of this stage are witness to no magic at all. Hard rules. Facts. Physics. Miracles and the supernatural are dismissed or reduced to scientific laws. (Sound familiar?) Could a planeswalker spark ignite here? If it could, it could be bad news for that planeswalker—or maybe good news that he/she could high-tail it out of there.

Magic surrounds the civilization, but its fundamental principles haven't been grasped yet. Fear and superstition abound. There are magical creatures, but few true mages. Magic is a mysterious, unpredictable force. Planeswalkers are unknown—or they blend in with the enigma of magic in general.

In this stage, the civilization grasps the underpinnings of magic. Mana is harnessed, controlled, and applied toward spellcraft. This is magical maturity; many of Magic's settings have achieved this stage. Taskmages. Great civilizations. Prosperity or strife created due to magic. There may be a few individuals who know of planeswalkers in this stage of civilization, but they're not widely believed; even with mastery of mana, the idea of a multiverse doesn't come readily to the mind.

Stage 3: Knowledge of planeswalkers and other worlds

A civilization comes to understand its world's place—not the center. Planeswalkers are known to disappear and reappear with knowledge of far-off places. However, I think it's possible that such a civilization still might not understand the concept of a plane. (Some planes are essentially planets; single worlds unto themselves. But many are entire alternate universes of existence, each of which may contain within them many livable worlds.) They might grasp that other planets or moons might support life, as their own does. And they might grasp that planeswalkers can visit these other worlds. But the concept that planeswalkers travel through a chaotic void into alternate realities, some of which contain countless worlds within themselves—that is still too weird to comprehend. Still, this is a quite advanced type of society, one we haven't seen much of. How would they react to planeswalkers? Worship or servitude? Revilement? I think some worlds might actually become jaded toward planeswalkers, if they've seen enough of them come through, and know that their world provides something valuable that planeswalkers want or need.

Stage 4: Understanding of other planes and the Blind Eternities

Has a civilization as a whole ever become fully cognizant of the Multiverse model? Perhaps Phyrexia, and the parts of Dominaria it has invaded, understand this—they used planar merging as a weapon of war. Perhaps some other artificial planes understood that they were only one reality in an infinite Multiverse. Is this truly a separate stage of magical development from Stage 3? It feels like it. How do the roles of planeswalkers differ here?

I'm not sure there is truly another stage beyond Stage 4 that a civilization as a whole can attain, but I don't think that's the end of the line for individuals. Perhaps this is an entire other hierarchy open only to planeswalkers, a category of understanding that goes beyond the planar model, that grasps even more esoteric truths about reality.

I'd love to tell stories at the transitions between these stages. The dawn of a new epoch. Even a regression from a higher stage to a lower one. Is a civilization actually better off as it goes "up" the scale? What happens to the individual as its civilization gains deeper understanding of magic? What are the consequences for global magical enlightenment? What would it be like if everyone could planeswalk?

This is why I don't sleep at night.

Much has happened in the web comics. Much! It's been necessary to skip some of the exposition, some of the transitional material, to keep the story moving forward and to keep the comics focused on the action. But I wanted to take a second to summarize what's going on with all the characters. All these plot threads are going on more-or-less simultaneously—consider all these bullets as starting with "Meanwhile ..." 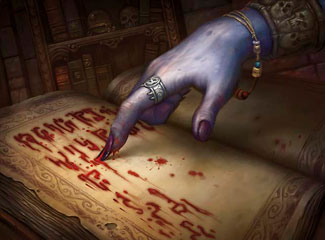 Color: Black spell
Location: unimportant
Action: Closeup on an evil mage's grimoire. The mage is writing his newest spell in it -- with the blood oozing from his finger. His fingernail is sliced down the middle, creating a kind of calligraphy nib.
Focus: the action
Mood: Arcane power has a price in blood.

Each card has an art description, and each art description is a little story in itself. Can you recognize M10 art just by its art description? Um, probably! That's why I'm only giving you the "mood" line of each one. Harder! Can you figure it out?

#2
Mood: A lapse of homicidal insanity

#3
Mood: A symbol of spiritual decay and deterioration

#4
Mood: Choose wisely -- all power comes with a price.

Potent Potables (a.k.a. Letter of the Week)

Today's letter comes from Timballisto, who has a question about conservation of mass and energy—and food and drink—in the multiverse.

Dear Doug Beyer,
Do planeswalkers need to eat? If so could one summon up some creature and eat it, or would it be useless because of the energy expended to cast the summon in the first place? Sort of an infinite loop of summoning and eating with no net nutritional gain. Thanks,
--Timballisto

I like this question a lot. It shows a good grasp of the idea that there are rules, even in magic-rich fantasy worlds, and a healthy respect for the first law of thermodynamics, the "no free lunch" law. Magic players understand that magic has costs.

Yep, most planeswalkers do need to eat. They're mortal humans or elves or leonin or whatever, and they have great abilities to travel the planes and to manipulate magic, but they get hungry like anybody else. (Nicol Bolas has probably dispelled his own need for physical sustenance somehow. Quite a trick if you can pull it off.)

So can magic help with this hunger problem? Absolutely! Ever summoned a Gristleback, or Bottle Gnomes? Delicious—just the thing for a late-night boost to the ol' life total. But is there something fishy going on here? Have we created something out of nothing, and then gotten a benefit out of that something? Have we cheated the Multiverse, adding to the Multiversal Energy Total?

Not really. For one thing, you've traded something to summon that edible creature—mana, and the mental effort of casting the spell. A mere

for Gristleback might not seem like much, but it's enough to summon up that tasty beastie. Whether you've transported a Gristleback from its home on another plane, or conjured up a fresh one from the swirling æther (which is a topic for another column), you've turned your mana investment into a meal—perfectly nutritious.

But don't snack on Gristlebacks all day. Good protein, but fatty. I suggest you get some roughage in there, like Spike Feeder. I like them slow-roasted over charcoal—the guts are surprisingly sinewy.