Worlds Beyond Our Own

2010 and Other Futuristic-Sounding Numbers

Over the weekend I re-watched 2010: The Year We Make Contact. It's by no means a masterpiece. In fact—if I may kick things off for Worlds Week by digressing a little—it features some eye-rollingly awful expository voiceovers. In them, Roy Scheider dictates space-letters to his Earthbound colleagues and wife, as his crew makes a mystery-solving journey to Jupiter. You know the kind: 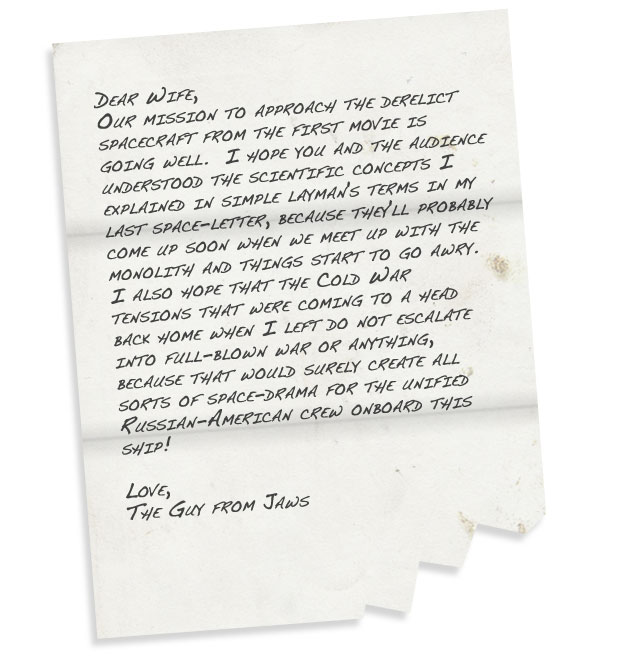 On top of the unnecessary voiceovers, now that it's coming up on the actual year 2010, the film suffers from some historical inaccuracies. When they were making the 2010 movie back in the early 80s, for instance, they didn't know that the Soviet Union would begin to collapse soon after the film's release. The author of the novel behind the film, Arthur C. Clarke, like all science fiction writers, extrapolated from the world he knew. He published the book in 1982, and didn't know that the Cold War and the USSR itself would disappear in the course of a single generation. The Cold War serves as a major plot point for the events that were supposed to unfold between 2001 and 2010 in the story, and that's awkward with a capital "awk." But that's the way it goes in science fiction sometimes (especially when you decide to put a date in the title!). And that's the danger, sometimes, of striking out and venturing past the borders of the known.

Worlds Within our Grasp

But the ideas behind the 2010 film were as stimulating and inspiring as I remembered them from the first time I had seen it. The climax of the film (incoming spoilers—go read these books and/or see these films if you haven't!) involves not only a successful manned mission to Jupiter, which is inspiring enough already given our present state of space exploration, but also the discovery of the possibility of life on Europa (one of Jupiter's moons), and the creation of a new sun from the planetary material of Jupiter. In almost every story, some aspect of the world is transformed—usually the hero, learning from his or her journey and growing as a person. But in this story, the solar system itself undergoes a radical transformation.

The movie ends with scenes of how the sky looks, from various points on the Earth and from the point of view of other worlds, now that it's a planetary system that has two suns. That is some pioneering storytelling right there. It thrilled me when I saw it as a kid and it thrilled me again as an adult. 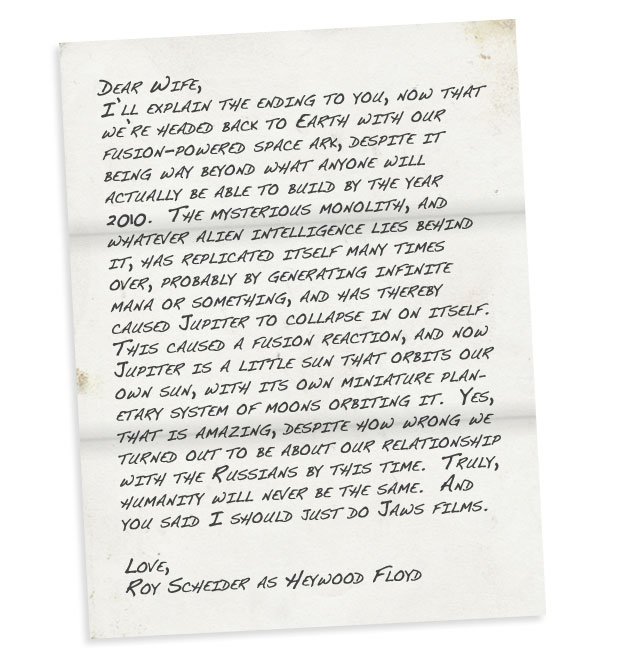 The point is—and we're coming around to Magic now—don't worry about the inaccuracies. Don't sweat the haters. Find the passions that thrill you and chase them wherever they lead you, whether that means coming up with the most hilarious deck to bring to your kitchen-table group, pondering the flavor behind planeswalkers in a Vorthosian reverie, or storming the freaking World Championships of Magic. The whole point of planeswalking is that you carve your own path, even if that path takes you outside of the reality you once knew. What may have seemed like an impenetrable boundary before, trapping you in your old world and old perceptions, will turn out to be a solid foundation to launch you into the new—but first you have to take that weird sideways step that only true pioneers can take. I can tell you all about mana and the nature of the Blind Eternities and the steps of casting a spell, but that? That willingness to cast aside the comfy known and venture out into the void? That's the nature of the spark, right there.

And don't make the mistake of thinking that this applies only to Ajani and Chandra and Magic. There are pioneers here on Earth struggling to make their way to new worlds every day. We've found organic molecules on distant planets. And our pioneers may not even have to planeswalk that far to find new worlds to call home. As it turns out, there is—holy crap—a lot of water on the moon, which has been blowing my mind since the announcement. I feel like I did as a kid—excited and impatient, like a mage who just found out that there's a Multiverse. I want to get out there. Arthur C. Clarke may not have been right about the date that we'll make our bold ventures to other worlds. But he was dead-on about the pioneering spirit that will lead us there.

Dear Doug Beyer,
When playing Magic, we obviously concentrate on those uses of magic that are useful in war -- outside of an Un-set, no card is going to be printed with the ability "{2}: Cure baldness", even if the character has that ability in the story. My question is, what kind of powers and spells do the various colors have that we never see?
--R Flaum

I love this question—it really gets your imagination flowing. What happens when a red mage doesn't have to lob fireballs at her foe? What does a blue mage do with his magic on his days off? Sure, the spells that we planeswalkers use to whale on each other are the ones most useful in battle, so those are the ones we see on cards. But certainly the five colors can generate other effects off the battlefield, in day-to-day life. Here's my list of Top Five Color-Aligned Spell Effects You'll Never See on a Card! Can you guys think of more day-to-day uses for the five magical domains of Magic? Thanks for the cool question, R. Flaum. And good luck to all the competitors at Worlds this weekend!