card Karona, False God depicts the Onslaught block's "Big Bad" herself, that five-color fusion of Akroma and Phage, who simultaneously led every mutated tribe on Otaria to war with every other. (See Rei Nakazawa's article, "Scourge of Otaria," for more storyline info on Karona.)

In card art terms, Karona's influence spreads beyond the five-color Legend itself. In fact, it spills over into Cycling Week territory, because Karona also appears in the art of the cycle of five rare "supercyclers" from Scourge: Decree of Justice, Decree of Silence, Decree of Pain, Decree of Annihilation, and Decree of Savagery.

But only as an ominous shadow.

Karona's shadow, in its characteristic cross-legged, long-robed pose, appears in the four non-blue Decrees, as seen in the art close-ups below. The blue Decree, Decree of Silence, depicts Karona herself surrounded by glowing energy, as if to cast long shadows on the other four cards... 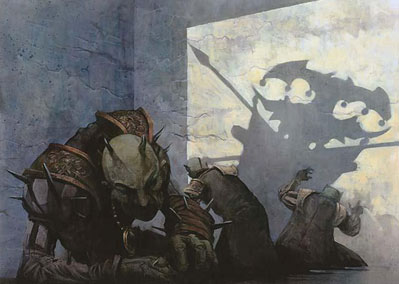 Decree of Pain by Carl Critchlow 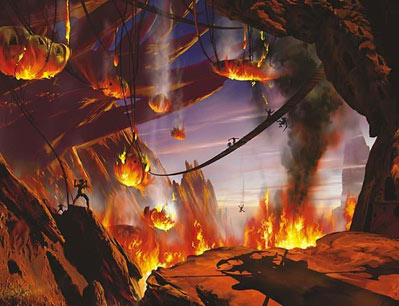 Decree of Annihilation by John Avon 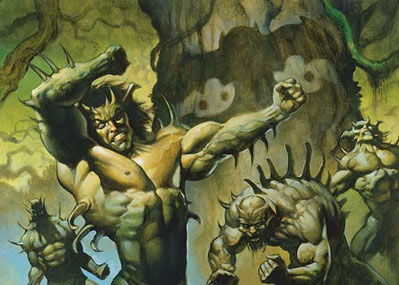 Decree of Savagery by Alex Horley-Orlandelli 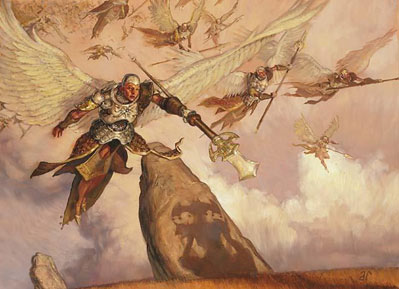 Decree of Justice by Adam Rex 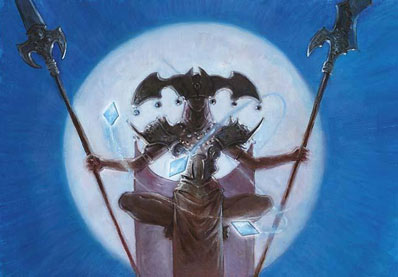 Decree of Silence by Adam Rex

(Magic Arcana now has its own thread in the magicthegathering.com forum. Have comments or questions about this Arcana? Discuss by clicking the link below!)