ll the votes are in, the cards have been selected, and final art for the sketches you chose is starting to arrive here at Wizards of the Coast. In this final wrap-up edition we’ll list all the final results (including the flavor text vote for Shock) as well as unveil the final art for the winning Mahamoti Djinn sketch. Here we go!

Surely the most hotly debated part of the promotion, the card vs. card votes inspired hundreds of posts in the forums passionately advocating each possible side. When the smoke had cleared, the following thirteen cards had been voted into the next core set.

For Selecting Ninth Edition the readers had a whole new way to participate in putting together the core set, this time by voting on two sketches for each card, deciding which would be fleshed out into the final piece for each card in question. Listed below are the winning sketches in order, as well as two finished pieces we now have here at Wizards. 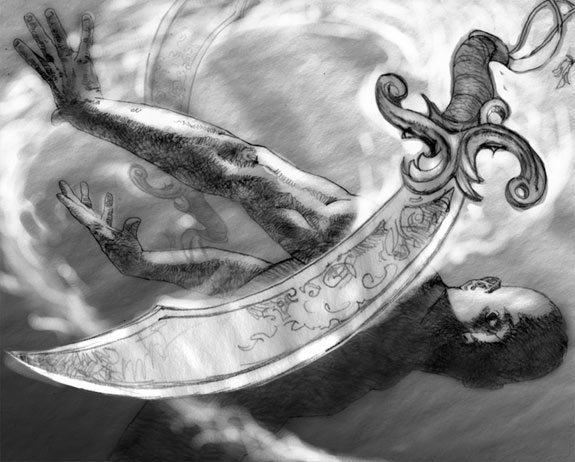 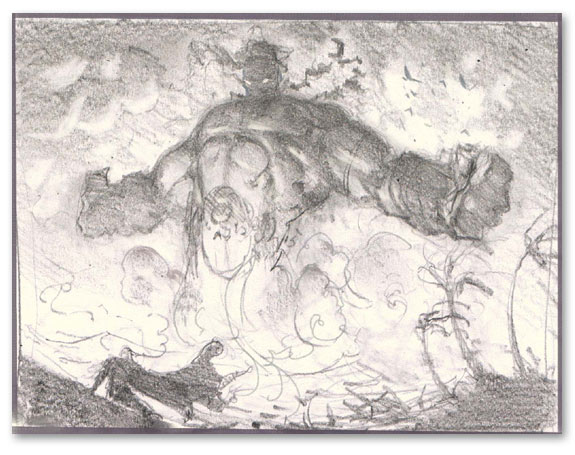 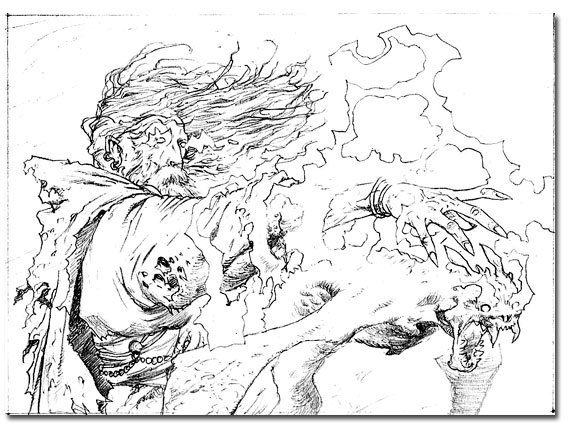 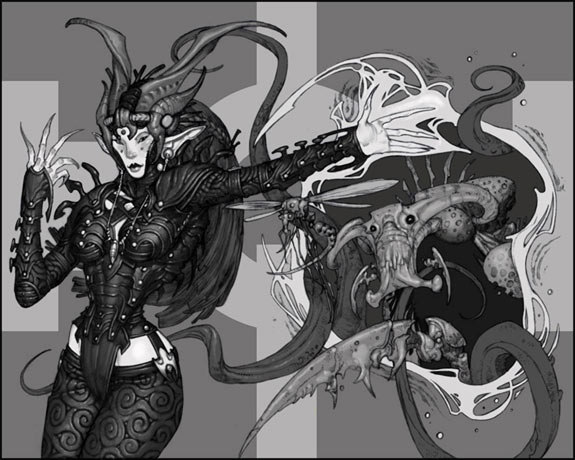 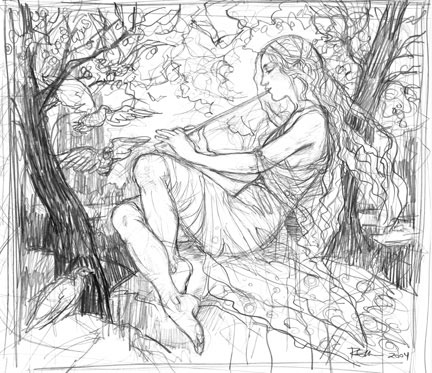 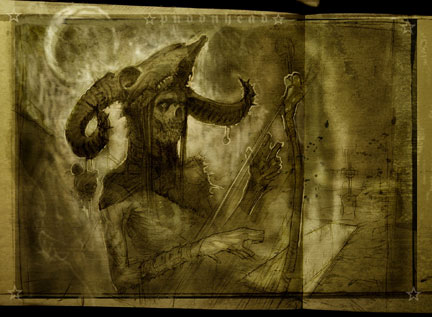 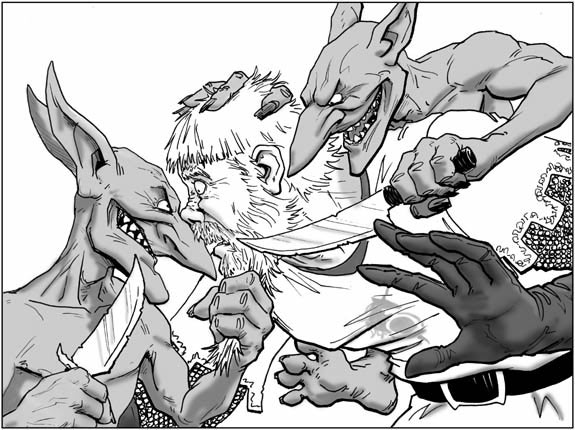 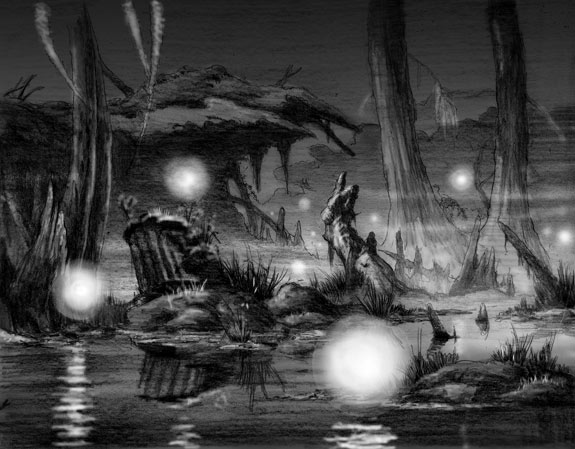 As shown last week, this is the final version of the Ron Spears Dancing Scimitar. 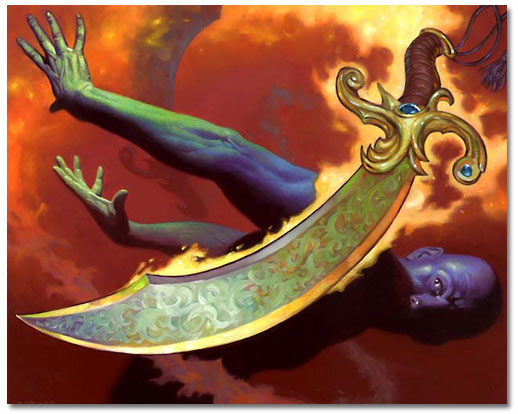 And, for the first time, here is the version of Mahamoti Djinn that you’ll be seeing in Ninth Edition, by Greg Staples!

For Naturalize, the most popular submission came from Alex Zacharias:

And lastly, here are the final results for the Shock flavor text vote:

The vote for Shock was actually run twice, as the first time we ran it a real-world quote by Mark Twain slipped through to the finalists list, in violation of the promotion’s rules. The vote was run a second time, with the real-world quote removed and the next runner-up inserted. Despite the changes, the same submission won both votes, so extra congratulations go to David Griffiths for getting his quote onto this popular card.

And so it comes to a close, for now. Thank you to everyone who took the time to participate in this popular event! In the coming weeks make sure to keep watching the Magic Arcana slot for more final art pieces composed from the winning sketches chosen by the readers. We’ll also soon be announcing You Make the Card 3, with a whole new angle that is sure to surprise you. In the meantime, thanks again for taking part in shaping your next core set, and stay tuned to magicthegathering.com for even more ways to influence the game!