the votes are in, the set is getting its last touches, and final versions of the sketches you chose have begun arriving here at Wizards of the Coast. After ten weeks of voting, it's time for the final edition of Selecting Tenth Edition! This week we'll list all of the results from last week and include lists on how all the votes came out so you've got one handy reference for all of the choices made by the readers this time around. At the end, we'll also reveal how the final art for Fountain of Youth came out from the sketch picked by the readers.

As with its Eighth and Ninth Edition cousins, Selecting Tenth Edition caused of a lot of debate, cheers, and anguish. On the boards, readers were posting left and right about how certain they were on some votes (sometimes even accusing Wizards of putting in the fix) only to see the vote turn out the other way as the results were revealed. The sketches votes in particular seemed to throw people. And despite any claims that Wizards was putting chumps up against champs, I can tell you that many of the votes turned out differently than we thought they'd come out. But that's the beauty of these promotions. It's not about what we want, it's about giving you the chance to say what you want!

Very few cards get to make it to the Pro Tour, but that's only one small part of action a Magic card gets to see. Whether it's in the red zone at next year's World Championships, or on a rickety table in your best friend's garage, the decisions you made this summer will have far more impact than some readers probably realize. Several readers seemed to fall into the trap of "but I don't play those cards" while many others seemed to get it, posting reasons why a given card was best for the core set and what the core set does for the game. Here's how the votes came out this time around. 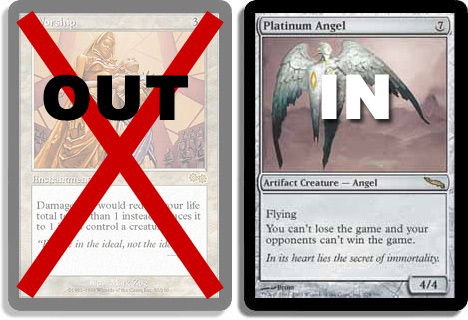 The first two editions of "Selecting Nth Edition" gave readers the chance to send in their own quotations. The results were uneven, and going through thousands of submissions turned out to be such a drain on resources that other things started suffering from the effects. Spending the time, money, and effort to then have readers frustrated by the quality of the finalists made the problem even worse. So, this time around we tried just featuring votes from internally generated flavor text with the help of flavor gurus Doug Beyer and Matt Cavotta. As with last time around, we gave you the chance to pick flavor text for three different cards. Here's how they came out, including the final vote from last week. 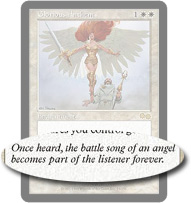 Once heard, the battle song of an angel becomes part of the listener forever.

The East Wind, an interloper in the dominions of Westerly Weather, is an impassive-faced tyrant with a sharp poniard held behind his back for a treacherous stab.
—Joseph Conrad, The Mirror of the Sea 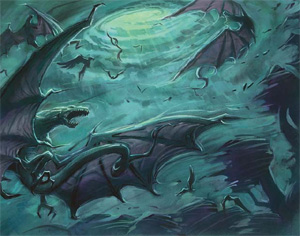 And, for the final flavor text vote, it was the Molimo, maro-sorcerer quote by Doug Beyer that took the vote in a close one over Matt Cavotta.

“Don't envy the grandeur of drakes. Their impression of grace fades when the first gust sends them crashing into one another.”
—Molimo, maro-sorcerer 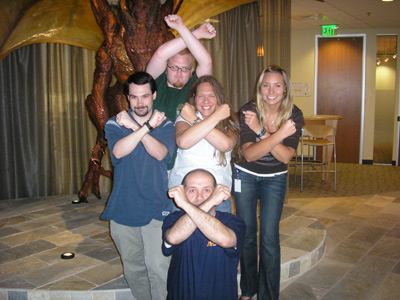 Last week also included what we had intended as a fun side vote, the chance to influence the expansion symbol for Tenth Edition. As with so many other votes, some quipped "lame!" while others posted passionately for either side. In the end, the brand managers didn't need to worry, because "X" took it in a landslide!

One email we received on this complained:

"But this is boring! I expected something cool and exciting for You Be The Brand Manager!"

Quipped more than one employee, "That's what being a brand manager is like!" 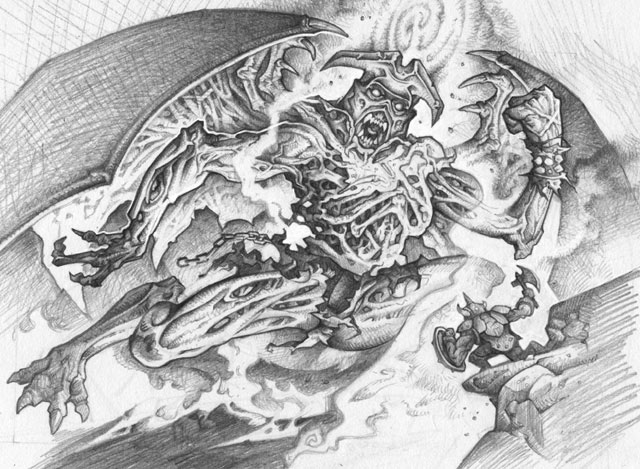 Lord of the Pit, Mike Sutfin 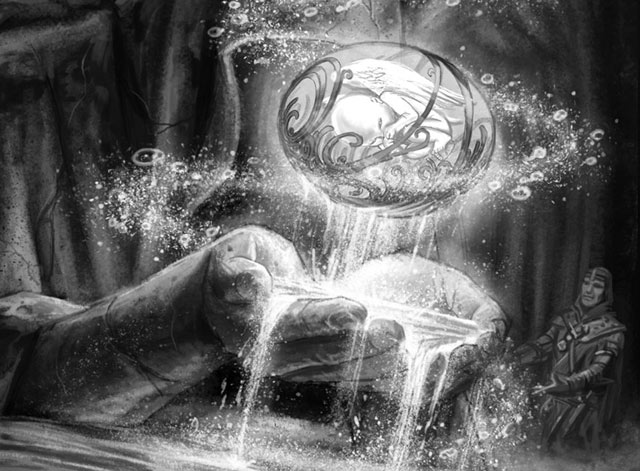 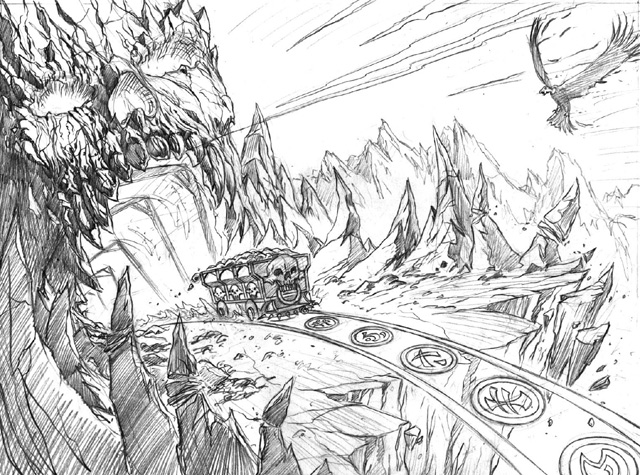 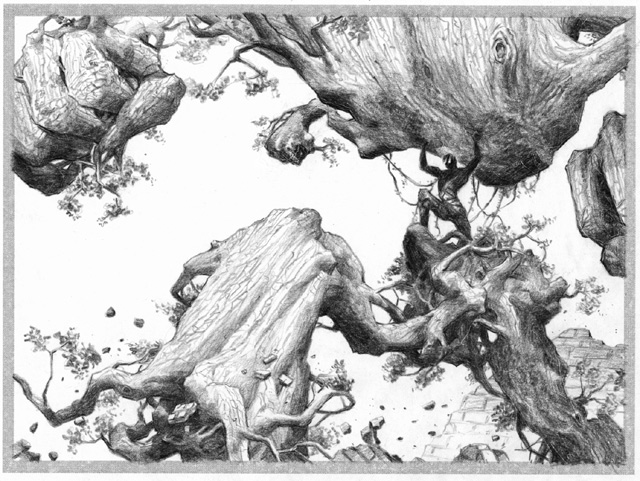 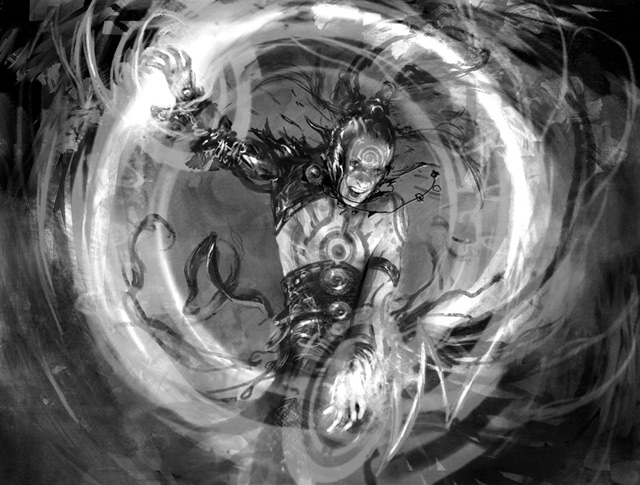 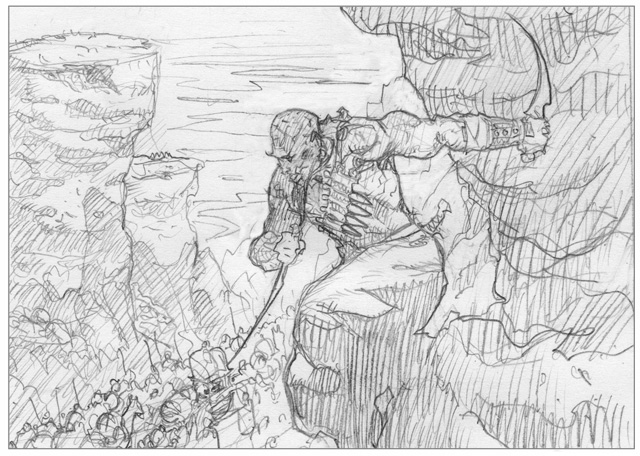 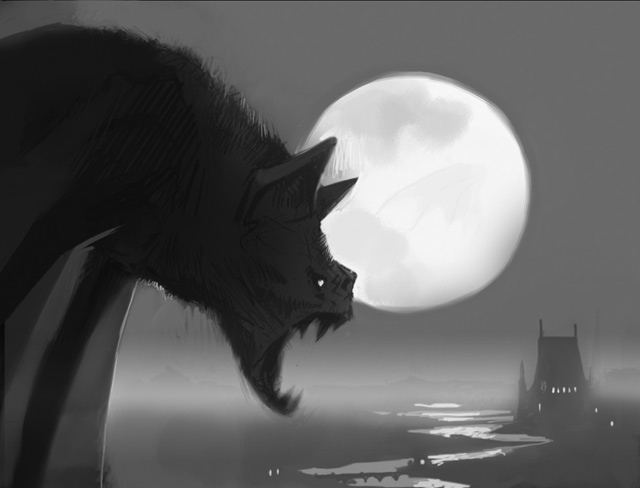 And, from last week's vote, the winner for Incinerate, by a considerable margin, was Sketch A, by Zoltan and Gabor. 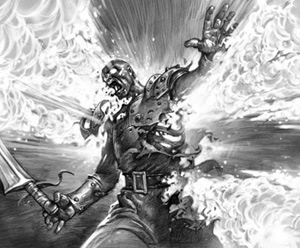 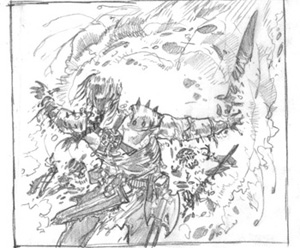 OUT: Sketch B (Dave Dorman)

And that, as Aaron Forsythe said the first time around, is that. The time and thought you spent on all this will influence Tenth Edition in so many ways it's hard to imagine any other product in the world with more customer participation. And that's just this set. The kinds of things posted on the boards get a lot of attention here at Wizards, so this chance to hear from the players goes far beyond just Tenth Edition. So thanks again for taking the time to influence this game that we all love.

As we mentioned at the beginning of this article, we're already starting to get the final versions of the art you chose during the sketches contest. We're ready to reveal the first one today, which is the new Fountain of Youth, by Dan Scott.

Keep watching here at magicthegathering.com, where we'll continue to reveal the final versions as they come in on Magic Arcana, as well as new inside information on the set as we get closer to its release. In the meantime, our Time Spiral previews are just getting kicked up if you've got that new set buzz. Don't miss today's arcana if somehow haven't heard about it yet, and make sure to check back next week when the Orb of Insight and Time Spiral minisite make their debut!