Michal Marcik quickly sweeped his quarterfinals opponent, Roman Kubera, with his URG deck, while David Linder once again defeated his thirteen round opponent Felix Schneiders in the other quarterfinal. He is more than ready to deliver heavy beats with his RG. 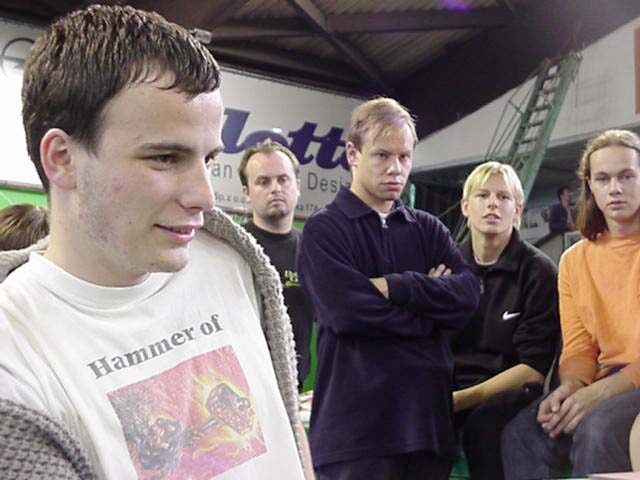 Before the game has even started both players chatted about sideboarding strategy for their decks. There were some minor problems with Michal's sleeves and then with his deck being shuffled by David so the procedure had to be repeated. The die was more favourable to the Swede. He started with a turn two Titan and so did Michal. When Linder attacked, he did not decide to trade and killed the Kavu with Fire. His own attack brought the Swede to 18 and he passed the turn with four mana open, just enough to counter David's kicked Skizzik with the Snake. He added the Mongoose to the assault and Repulsed Penumbra Bobcat Linder played to defend himself. David managed to Lava the Snake, but his opponent looked very well with, now three, bears he had after summoning a fresh Gaea's Skyfolk. The Swede got out a Flametongue Kavu that targeted the Skyfolk and Martin elected to save it with a Repulse. His attempt to replay the Bobcat again was countered by another Mystic Snake, and Marcik's attack left Linder on two life, causing him to concede.

Linder sided in Yavimaya Barbarians and took out some Scorching Lavas, while Marcik put in a few Jade Leeches and Flametongue Kavus plus a single Exclude making room for them by removing Facts and Prophetic Bolts. 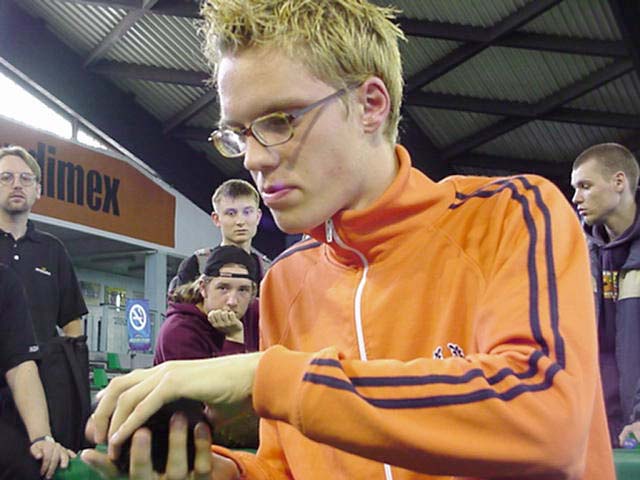 Marcik hestitated after having seen his hand but choose to keep. A second turn Yavimaya Barbarian was sent to beat the Czech down. He summoned a Gaea's Skyfolk. The Swede delivered some more beats with a Penumbra Bobcat. Michal tried to slow him down Repulsing the Cat and managed to Exclude the second Barbarian, had no answer for the Bobcat however. He apparently planned to block the attackers as he didn't attack with his Skyfolk preferring to trade it with a Bobcat. David's next play, Kavu Titan was Excluded and though the Czeh had a handful of cards he had to face two bears and was a bit mana screwed to boot, not having played a land for three turns in a row. He produced the Mongoose just to stop the Barbarian, while Fire took care of the shady token. Leaving himself tapped out, he couldn't do a thing about a kicked Kavu Titan and a Gaea's Skyfolk didn't look as if it could stop the fat trampler. Linder put the nail in the coffin making a kicked Thornscape Battlemage killing the Skyfolk and keeping Marcik on his toes. He Repulsed the Titan and allowed a Bobcat to enter play, then finally played a Flametongue killing the one creature and trading with the other. The Swede once again cast the trampler, while Marcik managed to kill it with combined forces of another Flametongue and Fire. David forced a Skizzik into play which was promptly Raged and the red Nekraatal started to beat down. Second Skizzik met the same fate and now David was completely out of gas. He topdecked a Ghitu Fire and the last question was the lonely card in Marcik's hand. It happened to be a Mystic Snake and the Czeh managed to steal a win in a very close game.