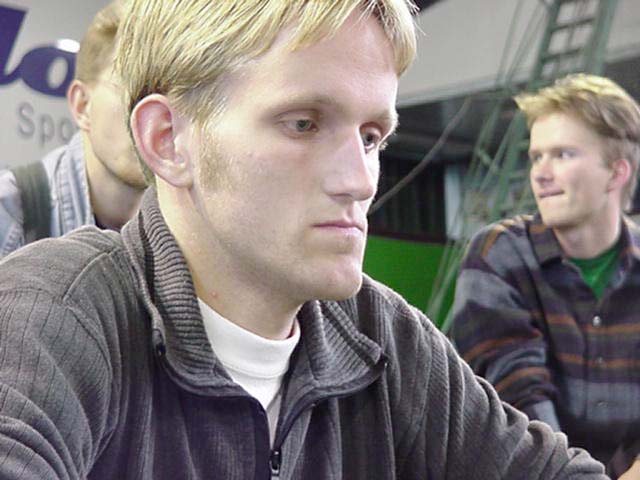 The only event in the early game was Rickard's second turn Gerrard's Verdict, as he knew his countryman didn't have any disrupts. Kettil played a Spectral Lynx, and Österberg gained even more card advantage with a Fact or Fiction, finding another Fact and a Yawgmoth's Agenda.

While Österberg was tapped out, Kettil tried a Fact or Fiction of his own, getting him a Probe and a Vindicate. Meanwhile the Lynx continued to swing, and it was soon joined by a second. Rickard took this as a signal to cast Rout, clearing the board, and leaving himself with six lands to Kettil's four. A Probe only found Kettil some more land, whereas Österberg had a hand with plenty of threats, as was shown when he discarded two Phyrexian Ragers to the Probe.

A Probe of his own compounded Österberg's advantage and he played Desolation Angel with kicker the turn after that. He did well to play the Probe first as Mattias hand at that point was three land, and a Vindicate. Once the Angel hit the table Mattias scooped immediately. 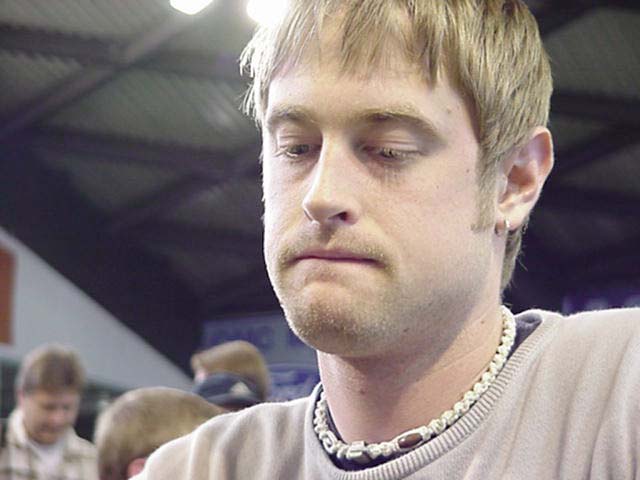 This time the players got going quicker, with Mattias playing a second turn Spectral Lynx, and Rickard Vindicating one of his land. Österberg also attempted a Lobotomy, but it was Dromar's Charmed. A second Lobotomy was Gainsayed a turn later, and the Spectral Lynx brought Rickard to twelve.

Most of this life loss was recooped in one go as Gerrard's Verdict caused Kettil to discard two lands leaving him with just a Desolation Angel in hand. Once again Österberg had the card advantage, although at least this time Kettil had a creature in play. Mattias drew a Gerrard's Verdict and cast it, and Rickard responded with a Fact or Fiction for two Probes, a Gerrard's Verdict, a Vindicate, and a land. "You're the king", joked Mattias as he shrugged helplessly.

Rickard Probed the last two cards out of Kettil's hand and played a Phyrexian Rager, but almost unbelievably, Kettil began to fight back again. He drew a Gerrard's Verdict to get rid of two cards from Österberg's hand, and then after Rickard had killed his Lynx, cast Rout to clear the board.

However, he didn't have any answer for Desolation Angel that Österberg topdecked, and once again he had to scoop when it entered play.