And Shepherds We Will Be

hey exited the battlefield from the front path; they had no idea what they were in for.

Now they're staring at six Phyrexians with claws bared. It was an ambush.

For a few seconds, this place was Armageddon.

There was a fight for life here!

Wait. What if it was just one Phyrexian with six claws? 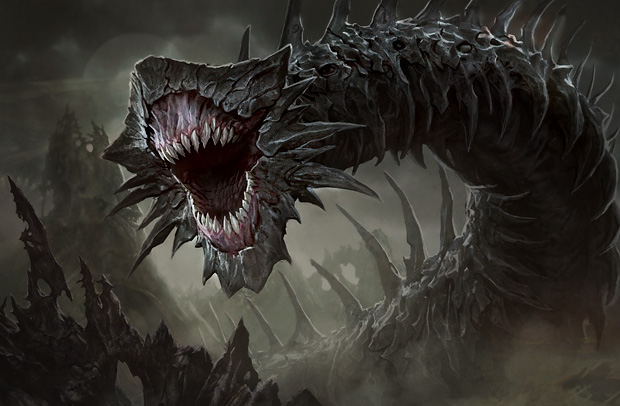 Why don't you let me do the thinking, huh?

Welcome to the second and final week of Mirrodin Besieged previews! While tomorrow the vault is being thrown open to let us all bask in the glory of the latest chapter of our return to Mirrodin, today is a different sort of day than the happy-go-lucky wanderlust of new Magic.

Today is a day of reckoning.

Today is a day of dark judgment.

Today is the cusp of full-blown war on Mirrodin, and Phyrexians don't take prisoners—they permanently conscript.

Well, not always you see. Phyrexians are a patient, persistent lot. They don't simply absolve themselves from a situation. They pursue doggedly; they are relentlessly persistent. If they can't "convert" outright they have a more tried and true method: death.

To Phyrexia, death is transitory as much as life is—and neither carries any comparably comprehensible meaning to them. They exist for the purpose of furthering their existence. To the Phyrexians it's the only existence there is, obviously.

So they will march on endlessly, crushing low the life we know along the way. While small, skittering critters and oozing, putrid beasts are the trope troops of the onslaught it isn't all Phyrexia has to "offer" us. Like that one time on Dominaria, Phyrexia also brings the biggest and baddest of beaters to the brawl.

Similarly to last week I'm going to mercilessly slow roll you, as there is no mercy to be had when all you're getting is a massacre.

Oh boy. Like that. With a name like "Massacre" it has to be good. In fact, there already is a card with the name Massacre:

The first time I encountered this card (as well as many times thereafter) was while playing one of my various and sundry White Weenie decks. It was an eerie grin just like Crovax's that my opponent wore as he revealed the fiendish card.

Pow! Right to the jaw (and all of my army). Getting wiped clean for free was never an expected experience: it's always the sound of the ichor hitting the ventilator. But what about our big boy du jour?

Well, it's big all right. Like Helldozer and Avatar of Woe, among others, it carries the aggressive side heavier, clearly looking to dish out some pain. But just being big and meaty isn't what Phyrexia is all about. There's a reason it's got "massacre" in its title:

It hammers almost the entire board, making this take even stronger than the original Massacre's effect. But this isn't truly Phyrexian just yet. Check out that one word: opponents.

This wasn't arbitrary or an accident. In fact, laying the Great Work down on your opponents is for one specific reason:

By Urza's beard! To borrow a phrase first invoked by Kelly Digges: that, ladies and gentlemen, is a hell of a trigger. Actually, "hell" doesn't even begin to describe what Phyrexian machinations this is capable of, but it's a start.

For Thee, Dark Lord, For Thee

Let's get some bookkeeping with the card image and rules info out of the way: 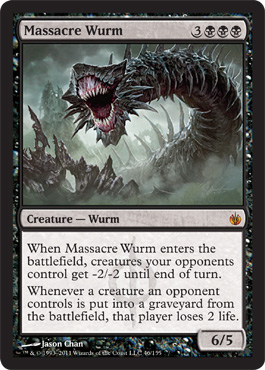 Yes, it works just like Allies do when all entering the battlefield simultaneously: it sees everything else dying with it and lays it out for the opponent.

So what can this monstrosity of Phyrexian death-dealing do?

So We Shall Flow a River Forth to Thee

Hide your creatures. Hide your lands. Hide your life 'cause they killin' everything out here.
I've been contemplating this type of deck for quite some time and a full-on demonstration of Phyrexian power seems most appropriate. Make no mistake: this deck is mean and will not encourage friendliness if wielded regularly (like any Phyrexian implement).

The plan here is three staged: the first is to ramp up some mana. As you'll see in the next steps, we want to use permanents, preferably creatures, to generate black or green mana. A trio of Elf mana-makers (Llanowar Elves, Llanowar Dead, and Elves of Deep Shadow) works but you can substitute to flavor. 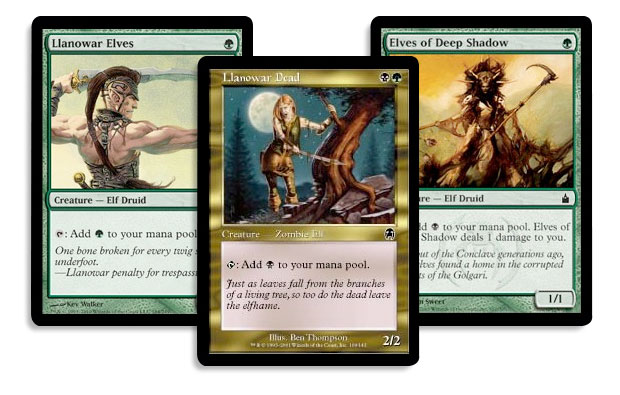 The second stage is to cast Genesis Wave for as much as we can, ideally dropping into play some combination of Living Plane / Nature's Revolt, Beastmaster Ascension, and Massacre Wurm (all of which can be hard cast if necessary). If the Wurm and an enchantment that makes lands into creatures hit the table together expect a flurry of activity and furious furrowing of brows.

The obvious final stage is letting Beastmaster Ascension make (hopefully) quick work of anything that survived: sending your team of lands and mana-makers in as attackers should easily fulfill the requirements of the Ascension, converting your fragile mana sources into bolstered beaters.

Seal of Primordium and Eternal Witness provide a little wiggle room to answer anything annoying, like Propaganda or Crystal Ball, as well as rebuy a spent Genesis Wave to reload again if needed.

If your friends are all over being Mirrans this may show them the complete ruination that awaits those allied with the wrong side of the war. Just expect them to put up the fight of their lives as mass ruination of mana sources isn't everyones peach.

Pro Tip: Archenemy may be the place to bring out a deck of this type.

If a slightly more subtle application of Phyrexian domination is in order there's certainly other ways, like this:

3 Quest for the Gravelord

3 Quest for the Gravelord

Varchild's War-Riders decks have been done before, but with a modern Phyrexian twist it's back and even better than ever. Teaming up with other "produces tokens for opponents" cards like Hunted Dragon and Forbidden Orchard may seem silly, though it's actually quite the opposite: you're setting up a personal feeding frenzy.

Dross Harvester should up your life total significantly while Goblin Sharpshooter, Blood Seeker, and Hissing Iguanar provide some damage slinging from the back row. And Quest for the Gravelord doesn't care what creatures where went under, only that they did.

Whether it's Massacre Wurm, Mogg Infestation, or even a lowly Marsh Casualties causing the sweep of creatures to any opponent's graveyard your troops will be happy to see it and reward you accordingly.

With Every Breath (or Lack Thereof) We Shall Hunt Them Down

While decks that are looking to make the most of Massacre Wurm can be built, one of the less sexy but still awesome features of our Phyrexian friend is that Massacre Wurm is a handy tool in a wide variety of decks. Any deck that will be looking to put opponents creatures into a graveyard stands to win out with the Wurm. 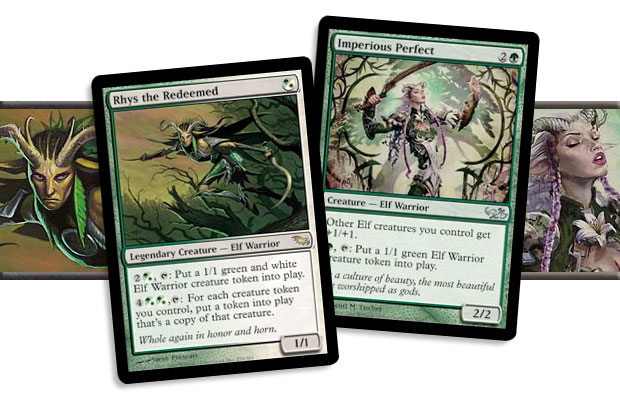 One of my personal favorite decks to play is my Rhys the RedeemedCommander deck: make tokens, then many more tokens. Wash. Rinse. Repeat. It isn't especially unique. In fact, token-making decks are a pretty common sight around Commander tables in general.

Fighting through waves of board sweeping—Day of Judgment, Wrath of God, Planar Cleansing, and another dozen or two spells—can be a tricky proposition. If you find the opportunity to play against me (or anyone else packing the token-producing heat) bringing Massacre Wurm to the fight is certainly one solid suggestion. 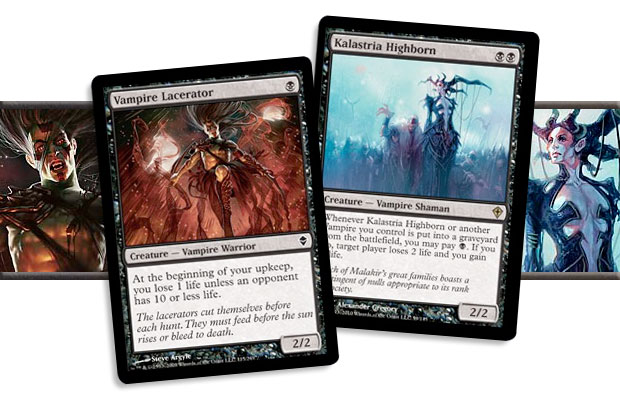 Vampires are a pretty salty creature type these days: many, many more critters with the Vampire subtype, a variety of sizes and effects on and around Vampires, and even a compeititve deck in Standard all add up to a few bloodsuckers making a mighty splash any way you slice it.

If you have your own Vampire brew you like to play, Massacre Wurm may be the perfect fit:

Butcher of Malakir and Nirkana Revenant also help in similar ways; you have choices about your choices! 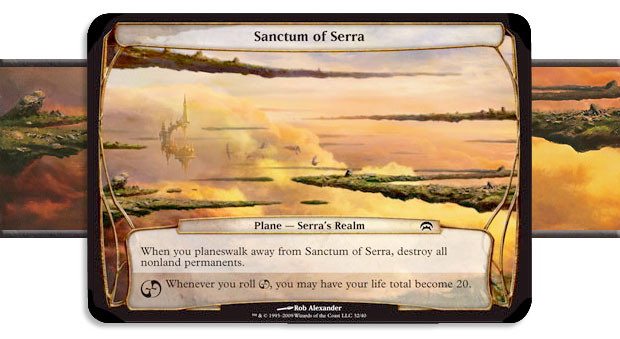 One of the features (or drawbacks—not everyone loves the same things!) of Planechase is how often creatures end up bouncing in and out of play. Goldmeadow is a pretty interesting place that almost always leaves everyone up a few Goat tokens, and Sanctum of Serraalways seems to come up whether it's wanted or not. 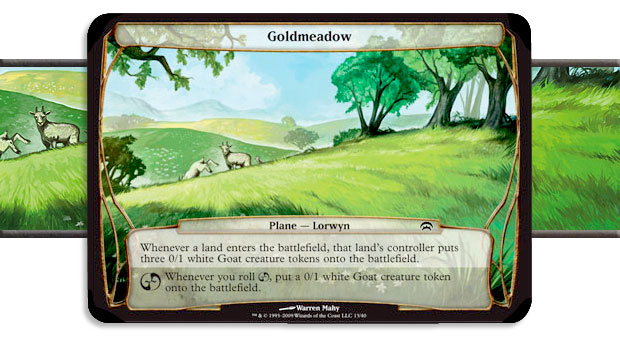 Massacre Wurm fits right into the chaotic world of planes shifting; if you like running around the mall of the multiverse, dragging this piece of Phyrexia around with you may be just what you want! 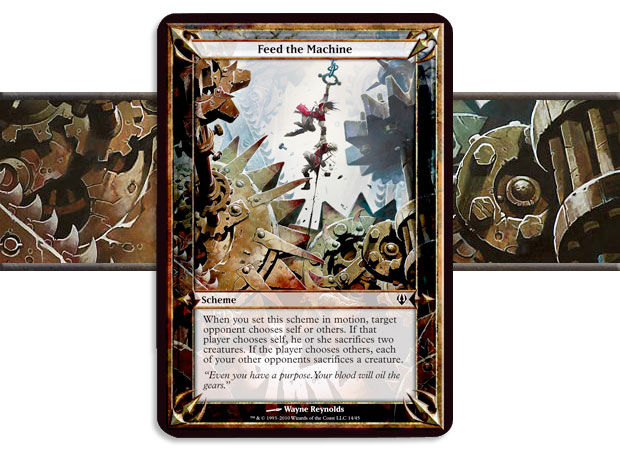 While I suggested that earlier deck for use in Archenemy, many of you already have personal plans to be scheming already and that's totally sweet. Massacre Wurm can be a brutal deployment against a variety of decks (which, in sum, seems to be decks that I like to play) and is most definitely laid along the line of being villainous. 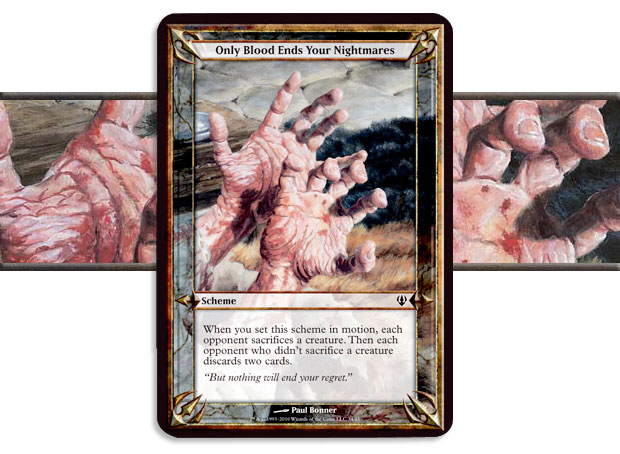 Even better are the scheme cards that can make a Massacre tick:

Our Feet May Swiftly Carry Out Thy Command

It's almost an unbearable wait, but this weekend is Mirrodin Besieged Prerelease weekend and I couldn't be more stoked to take part.

While at some point between Scars of Mirrodin and last week I got infected by the oil, I believe you're stronger: do you have what it takes to fight the endless onslaught of Phyrexian power?

And if you've already joined the winning side (at least as I see it), high five buddy! It's time to hit the grand compleation ahead of schedule and crush the Mirrans. We're doing it. We're MAKING THIS HAPPEN.

And in College Park, MD is where I'll be spelling it out for Mirrans all day long. Find out where you can wage your battles in the war effort by joining in the Prerelease near you!