an you feel it? Are you ready? It's almost time—but not yet.

Welcome to the third, and final, week of Scars of Mirrodin previews! While tomorrow will raise the curtain fully on what exactly we'll be meeting at this weekend's Prerelease Events' return to the metallic plane, today I get to show you one last taste of what's to come.

And I promise you that you'll find this at least interesting. I think it's a particularly tasty treat myself.

Ravnica: City of Guilds is a set that holds a special place in my heart. You see, I was on hiatus from Magic during Invasion block but found the wonderful world of multicolored spells quite enchanting. I had regained a foothold in Magic during Kamigawa block and dived in earnest into the then current Standard, which included Mirrodin block.

It wasn't any sort of competitive drive; I truly loved the flavor of both Mirrodin and Kamigawa and put quite a bit of discretionary spending into acquiring cards. I immediately regretted it as soon as this Arcana was revealed.

I was completely blown away.

Ravnica was a dump truck full of things I found fun. One mechanic I thought was particularly awesome was convoke. It was pretty straightforward: green and white will make tokens, then I'll get to use those tokens to give me free stuff? Uh, sure!

Chord of Calling in particular is one of my favorite cards. It's no secret I'm a fan of all things that "tutor"—things that find whatever card I happen to want—and dumping a few Saproling tokens into play then calling out a fatty like Protean Hulk was something that made me happy on the inside.

Unsurprisingly, Chord of Calling is a card that seems to find its way into quite a few of my decks. It has an interesting, splashy effect and only gets seen when someone is playing some serious green (the best kind of green).

This week I have a card that is a bit different, but promises all the same feeling with an attenuated twist. While it won't be as ubiquitous as Chord of Calling, it promises to inspire a whole new slew of fun things.

While I could play with a pun on religious beliefs I instead want to cut right to the chase: this card is absolutely out of this world! While you don't get to "cheat" on paying for it like Chord of Calling, flipping up cards and dumping them onto the battlefield sounds like a mighty fine thing to do.

Here's some information you'll find handy as your brain whirls with possibilities:

The first thing I want to do is plug it into a deck that can show off what it does as there's a lot of potential to work with. Last week I shared my (potential future) Rhys, the Redeemed EDH deck, and even longer ago I showed my Kamahl, Fist of Krosa deck. I think Genesis Wave would make a splendid addition to either deck since, as EDH tends to go, both decks can generate quite a bit of mana.

However, one hundred card decks are not necessarily the way to demonstrate the new wave. There are more direct ways to make the most of it, like in an Elf tribal deck.

This is a quaint little Elf tribal deck that packs a mean punch. Most of the Elf cards are dedicated to getting more mana or ripping Forests out of the deck. It will only take a few short turns to generate a lot of mana, which is then ripe for pumping through a Genesis Wave.

To ensure our new age wave hits as many as possible, nearly everything available is both very reasonably priced (at three mana or less) and a permanent (namely, Elf creatures). The only card that can only be sent to the graveyard through Genesis Wave is another copy of Genesis Wave, which is why Eternal Witness is along for the ride.

Either Beastmaster Ascension or a slightly more mana-demanding Coat of Arms will ensure the pile of Elf creatures you dumped into play grow to a size that cannot be ignored. Even better, if someone casts a well-timed Day of Judgment or other sweeping effect, no worries! Just cast another Genesis Wave and refill your part of the battlefield with pointy-eared forestfolk.

Genesis Wave can certainly be used to put things onto the battlefield. That's what the card reads as doing. But there is a subtle side that's worth a closer look:

So Genesis Wave puts instant and sorcery cards in the graveyard. But it also puts things that were too expensive there as well. There is one type of deck that loves to see a graveyard get filled with expensive things, particularly creatures. It's called a "Reanimator" deck because it takes a really big creature and puts it onto the battlefield from the graveyard directly.

Rise from the Grave and Artisan of Kozilek are two of the more recent features of making reanimation happen. However, the memories from my youth of reanimating creatures come in a different color: white. Here's a draft of a little special trip down memory lane, peppered with the tastes of modern Magic:

Life (not) on Bant

Let me preface upfront: this is pretty shaky. However this is a deck I've wanted to tinker with for a while. Long before Zombify existed, white had Breath of Life, False Defeat, and Miraculous Recovery. Oh, and Karmic Guide, too. Black certainly had some reanimation effects (Animate Dead being the classic example) but the ones that jump to my memory are the white ones.

Hedron Crab and Looter il-Kor both serve the clear purpose of sending cards into the graveyard. Genesis Wave can certainly plop them and lands onto the battlefield, but more than likely the wave is going to hit some noncreature spells or big, expensive creatures.

Once a few choice critters and tucked under dirt any one of Breath of Life, Miraculous Recovery, or Karmic Guide will bring them out to play. For bonus points, use one to bring a Karmic Guide back and chain your reanimation together! 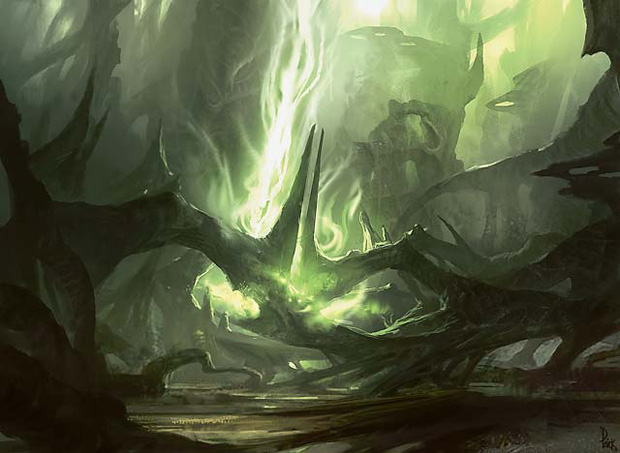 And, on a more creative note, feel free to share any and all changes you'd make to this deck. I have a feeling that once it's passed through a few iterations of "try this, then that" it'll be ready for some multiplayer shenanigans. The success of our team-collaboration Quest for Ula's Temple deck, A Super-Soaker 2 Adventure, has been outstanding—and a complete blast to play. Let's keep the ball rolling!

Tomorrow, if all is right with the world, Scars of Mirrodin will be up completely on the Visual Spoiler: a magical moment when, after getting a trickle of neatly wrapped gifts, a deluge of new cards are set free into the world.

While there have been a lot of previews already and I'm sad to see the season of excitement hit the inevitable culmination, I'm sure you can't wait to lay eyes upon the future. And that's where I need you. At the strike of midnight (Eastern Standard Time) the hotness should be up and ready. Take a look, read things over, and think.

I want to know what card you find the most exciting, and why. I have a few leaders personally but it's only when I see everything as a whole that I can finally decide. If you need a hands-on experience, the Scars of Mirrodin Prerelease Events happening this weekend will be your best chance to sort your feelings out. I've spoken to how awesome Prerelease Events are, for both Worldwake and Magic 2011, and the magic finder box to the right should direct you to the nearest pack cracking location.

With your heart settled and your eyes wide I want to hear your impressions, stories, and excitement surrounding the return to plane of Mirrodin. More specifically:

Send me your thoughts no later than Wednesday, September 29. 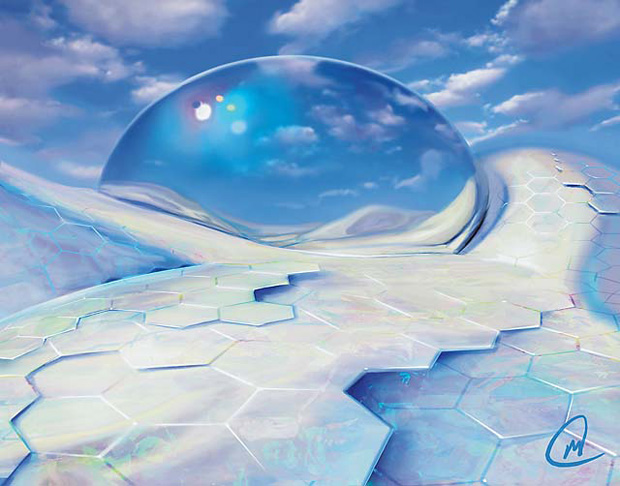 That's it! It's as simple as that! I hope your weekend, whether it's filled with fresh packs or not, shows you just how amazing Scars of Mirrodin is. As for me, I'll be sitting at a table to play Magic with any and all who come over to join in the festivities at the Prerelease put on by Dream Wizards in Baltimore, MD (normally running a show near Rockville, MD).

Join in and see if you can pin the poison on the person! See you next week!