Born of the Gods—Multiplayer Edition

ith the release of each new set, I like to take a look at the cards that do a little extra in games that involve more than two players. Brimaz, King of Oreskos looks like an amazing card, but he won't be showing up in this list because he doesn't get better when you add players. Instead, you'll see cards like...

In a duel, you gain 1 life and your opponent loses 1 life. Much like the extort mechanic, this becomes so much better with multiple opponents to give you more life. These are the kind of cards you can expect to see throughout.

The joy with extort is that you just had to cast a spell and have a mana to spare to use the ability. The Servant of Tymaret doesn't require any mana, but needs you to find a way to untap it. The most obvious way is to just attack with it. When you untap it at the start of your turn you'll get the inspired bonus. The risks inherent in attacking are lessened by the regeneration ability, so why not?

Another alternative is to simply use it as a blocker. If the Servant would otherwise be destroyed in combat, regenerate it, and instead of being destroyed it is tapped.

To truly abuse the Servant (and other inspired creatures), you'll want to find ways to tap and untap the creature multiple times over the course of a round of play. Prophet of Kruphix is an easy way to untap your Servant and your lands on each upkeep, letting you use the inspired ability on each player's untap step. I'm confident that you can find other, more inventive ways to abuse this and other Inspired creatures.

Perplexing Chimera in a duel is you and your opponent trading the Chimera back and forth to take control of a spell an opponent uses. In a multiplayer game, it is completely different. When you take an opponent's creature, it is unlikely that he or she is going to then hold the Chimera to take a spell you control. A better use is to use it against someone else when that person plays a great spell.

When Perplexing Chimera gets on the battlefield, expect your games to go one of two ways.

The first option involves players just not playing their creatures. Why play any spell that is in your deck to advance your board state if an opponent is just going to steal it away? The only spells worth playing are spells that will happen as you want them to, irrelevant of who controls the spell. If you are forcing everyone to sacrifice a creature or dealing damage to all players, swapping the Chimera will not help an opponent evade your spell.

The second option involves destroying the Chimera. Since any spell that targets the Chimera can be traded for the Chimera, with an alternative target chosen, mass removal will be the best option. Supreme Verdict and its ilk will rid the board of this annoyance.

It should be noted that Roon of the Hidden Realm1 (and, to some extent, Brand) can work very well with Perplexing Chimera. You should also expect to see this in decks that exist just to create turmoil and chaos in your games. Swapping spells and Warp World just seem like the kind of cards that would love to hang out together.

When a card has the words "each upkeep" on it, my multiplayer senses start to tingle. Ephara gets the tingling going, but don't be fooled: this card is a false alarm.

In spite of that, Ephara still makes the list of multiplayer cards. Drawing extra cards is a wonderful thing, and if we have to jump through a few extra hoops to make that happen, then we'll do it! For Ephara, we need to find ways to have creatures enter the battlefield on our opponents' turns.

Flash is certainly one option. If your creatures have flash, you could spread out when you cast them to multiple opponents' turns, netting a card each time you do it. There are a handful of creatures with flash, but a better option might be a card like Teferi, Mage of Zhalfir or Prophet of Kruphix (that Prophet keeps showing up time and time again...).

The downside of casting creatures this way is that eventually you'll run out of mana (although the Prophet of Kruphix helps with that too...) or cards, assuming your entire deck isn't made up of creatures. What we really need to make Ephara crazy is a permanent that can make creatures over and over again. Looking at recent sets we see that the Hammer of Purphoros and Heliod, God of the Sun both make creatures. While the Hammer requires you to tap and sacrifice a land to get the creature, Heliod does not, is one of the same colors as Ephara, and is indestructible, so he will be difficult for your opponents to get rid of. Four mana to make a 2/1 Cleric is pricey, especially if you are looking to tap four mana on each of your opponents' turns, but this is for extra card draws!

For those of us who have been playing a little longer, check out Sacred Mesa. It isn't indestructible, and there is little chance it will become a creature, but it only costs

to get a creature, and the tokens fly! Two mana for a 1/1 flier and you get to draw a card? This sounds like a good idea to me!

4 Prophet of Kruphix 3 Ephara, God of the Polis

In a land of constant Christmas where everything goes just the way you want, I can see making at least one Pegasus token on every player's turn, using Springleaf Drum to reduce the cost, while Ephara, Prophet of Kruphix, and Archetype of Endurance are on the battlefield. Soon enough, I'd get to alpha strike with the Pegasus tokens on the turn I put Archetype of Imagination on the battlefield. Mmmm. Realistically, you should be able to get rolling with the Mesa fairly quickly, giving you some early defense, until you can start to combine it with the other cards needed to really abuse the situation.

This is more about the set of cards than any one individually. There is a general dislike among many reviewers of the tribute cards, such as Nessian Wilds Ravager. The comment is that you never seem to get what you want. If you want to kill a particular creature by fighting it, your opponent will likely anticipate it and pay the tribute. If you want a 12/12 creature, you'll probably end up getting to fight a small, irrelevant creature.

Don't let them fool you.

As I said in my preview article for Flame-Wreathed Phoenix, tribute plays very differently in multiplayer games. While the Nessian Wilds Ravager may not play well in duels, in multiplayer, it is a joy. If you make it clear that you want a particular creature dead, you'll probably be able to find another opponent who would be okay with that happening. In most cases, creatures with tribute simply read, "Find an opponent who wants what you want. Select him or her as the opponent to choose whether tribute gets paid." This turns these creatures into pure upside.

Now, as if to prove me wrong, I'm going to look at Siren of the Fanged Coast. This Siren gives you control of target creature if the tribute wasn't paid. I'm going to suggest that most of the time, you'll want to find someone not willing to pay the tribute. A 4/4 with flying for five mana is fine, but I'd rather steal someone's big ugly and make it mine than to have the 4/4.

The trick here is that this is going to have to be very selective. When you have someone who is dominating the game, taking a creature from him or her shouldn't be too difficult. Your other opponents are practically partners in that situation and will give you what you want. It is in the situations where the games are still close when this becomes tricky. Your opponents are not going to want you to have a Primeval Titan any more than they want their other opponent to have a Primeval Titan, so you are likely out of luck. The key is to find a card that is good for you, but completely insane for your opponent. For example, say Omnath is in play. You are running a green and blue deck and would love to store up some green mana for some big plays. The opponent who has Omnath also has Prophet of Kruphix (again with the Prophet...). Omnath is getting out of control fast.

In this situation, you'll find someone who will see the wisdom in giving you Omnath. You aren't untapping all your green mana every upkeep, so while Omnath will grow, it will be nothing like it would be with the opponent who has built a deck to really optimize Omnath.

The idea of taking something from every opponent's creatures and giving it to all of your creatures has a juicy allure to it. Archetype of Endurance is an easy2 way to make opposing Thrun, the Last Troll easy to deal with, while leaving your own creatures well-protected from a variety of threats. The joy in multiplayer lies with multiple opponents in a format that is regularly creature driven. Every ability the Archetypes can take and give are abilities that are probably on some creature in most games you play. Not only does it give all of your creatures the ability, but taking it away from your opponents means something. When Archetype of Imagination is on the battlefield in a duel, there are plenty of times when your opponent will not have a flying creature in the first place. Having your opponent's creatures lose trample (with Archetype of Aggression) just isn't as satisfying when they are all small token creatures.

I hope I've given you a few new ideas for future decks. I encourage you to look at every card with an eye for multiplayer games. You may be surprised with just how good some cards get simply by adding more players to your games.

1 : My thanks to Bennie Smith. Just as I finished this article, Bennie mentioned Roon and Perplexing Chimera together. I had completely forgotten about Roon; he and the Chimera are meant to be together. (return) 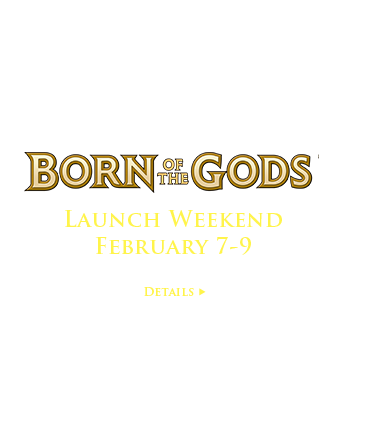