past weekend my girlfriend and I went to the shore (In New Jersey, we call the ocean "the shore") to celebrate the Fourth of July. Towards the end of dinner on Saturday night my father began chanting, "Dairy Queen." At first it was just a whisper, but he got louder each time: "Dairy Queen, DAIRY QUEEN!"

"That stuff is so bad for you. Besides, we've already had so many calories," my mom retorted.

"It's not about that, Cindy. It's not about the milkshakes, the sundaes, or the blizzards. We go to Dairy Queen to build family myth. To go sit on a bench as a family and just let our lives play out in the company of each other's."

My mom smiled, and we were set for our ice cream run.

Magic often presents us with interesting and similar situations. Why do people go to Magic tournaments? People play for prizes, sure, but that's not the whole story. We play Magic because it gives us a chance to relax with friends, it gives us a competitive outlet, and most importantly, it gives us a place where we can feel like we belong.

A lot of us are square pegs in a world that seems like a bunch of round holes. Magic is a square hole, a place where people can find a sense of community. I've had a lot of personal conversations with Steve Sadin and time and time again the same thing comes up: "I'm really lucky I have this game." Real life is a lot harsher than missing your third land drop, and if you put too much energy into it, you'll be just as miserable as everyone else. Magic gives you something else; it starts as a hobby and becomes a creative outlet. Every time a new spoiler goes live it gets thousands of hits. There are thousands of people in the middle of the night reading text that would seem nonsensical to our friends on the outside. All those people reading that spoiler are brewing. They're reevaluating draft pick orders, they're trying to break Block Constructed. Thousands of people deep in thought—it's incredible if you really think about it.

Sometimes we overlook it, though. We assume that because there isn't any tangible rewards for our brilliance that it might not be worth it. But it is; it gives us the opportunity to be great. Zvi Mowshowitz might break the new Extended, but there's a much greater chance that someone that is relatively unknown, perhaps you, breaks Extended. What we do matters, even if it only matters to us. It gives us a sense of purpose that is starkly lacking in contemporary society.

I struggle with issues of inadequacy, as I'm sure most people do. My younger brother is doing bioresearch at Brown University before his 20th birthday, and my older brother is a successful Wall Street trader. I come from a very well-educated family and... for some reason or another, I'm just not as smart, or have a different kind of intelligence than rest of my family. Magic gave me a chance to be great. In Vassar magazine's alumni section there are short blurbs about different alumni and what they're up to. My mother would always proudly cut out and save these blurbs, which were usually about my brothers' academic excellence or my parents' health. But this January there was a sentence about me traveling the world to play Magic. It didn't say much, but it didn't have to. There my name was, in print, not on StarCityGames or magicthegathering.com, but somewhere that my parents saw it. 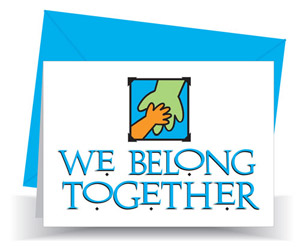 Magic gives Magic players a place of their own. And people make it into what they want to. Some people are driven to strive for greatness while others are happy on their kitchen tables. The best players in the world are oftentimes the ones that are having some of the most fun. When Jon Finkel plays Cryptic Command, he grins and covers his mouth like he's making some horribly perverted joke. When Zvi Mowshowitz sends a Shivan Dragon into the red zone, he giggles with excitement.

We play Magic to build our own myth. We define ourselves, at least to some small extent, with the decks we draft, build, and play.

You're a Magic Player—Be Proud of It

If someone were to ask who I was, I'm pretty certain I would mention Magic in the first three sentences. But I know a lot of guys who try to keep quiet about it, especially when they're talking to girls.

I'm gonna let you guys in on a little secret...

Girls are not turned off by the fact that you play Magic. In fact, if they're really worth their salt, they'll probably think it's cute and endearing.

(I'm going to go ahead and apologize for seemingly making the presumption that all readers are male. I would also like to assure all female readers that male Magic players think it's cute and endearing that they play Magic.)

In fact, back in high school I used to use the "Wanna come back to my place so I can teach you how to play Magic?" line all the time. It even worked a few times. 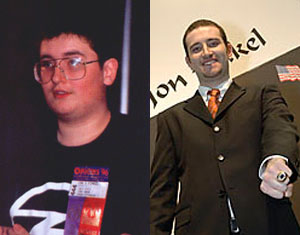 This guy has dated supermodels.

I played Magic during lunch in high school, and occasionally someone new would stop and say, "I've seen this. How does it work?" and my friends and I would teach them how to play. But no one ever made fun of us for it. We weren't outcasts; we just happened to play Magic. Some of us wore tight jeans and band t-shirts while others wore baggy FUBU gear. We all had our own friends, but we all knew that our best friends were one another. 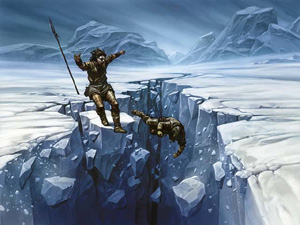 We have a bond. All of us are Magic players. Magic is the greatest friend-making tool on the planet. You show up to a tournament and every 50 minutes you're introduced to somebody, the ice is already broken—"High roll?"—then you play Magic and talk. If you're a grateful loser and a modest winner then you'll have an unspoken bond with your opponent. You'll see them in between rounds and ask, "what's your record?" Before you know it these people become the people you call when you're having a bad day and just need to vent. You've already told them bad beat stories from Magic games; it's a natural progression.

I played Magic casually while attending Earlham College in Richmond, Indiana. I hadn't played Magic in New Jersey for four years. I had just gotten a job waiting tables at Ruby Tuesday. I drove past Time Warp Comics and Games one afternoon and popped my head in to say hi to the owner. He was excited to see I was home. "Hey, we have Sealed Deck on Friday at six. You should stop by."

So on Friday I went into work a double shift on three hours of sleep. It was pretty slow, and at 5 o' clock the manager asked if anyone wanted to take off. So here I was, in my work uniform, on my way to play my first sanctioned match of Magic in a half decade.

I called Jim and told him I'd be there, but I might be five minutes late. I got there and...

"Holy mother of Moses! Is that Jake Van Lunen?"

"We all just got back from school, and we came to play Sealed for old times' sake."

Stephen Miggles, Ben Jaffe, Andrew Mcveigh, and Tank Rivara. We talked about our Sealed pools, and we talked about our lives. It was amazing. We had never really been friends outside of Magic, but we had played together forever, we already knew each other's personalities... even after all those years. By the end of the night they had invited me to come on vacation with them the next weekend. I didn't have any friends since I had gotten back to New Jersey, and overnight I had friends that liked me enough to ask me along on a weekend getaway.

We started hanging out and playing Magic regularly. Before I knew it I was playing Magic Online and checking my rating on the DCI homepage.

I wanted to draft. I started saving tips from work, and after a month I bought a box of Ravnica, Guildpact, and Dissension. We started drafting twice a week. Not always the same people, but we always drafted. I met up with Chris "The Doctor" Lachmann after not seeing him for about six years, and we started hanging out regularly.

The best part about our friendships is that we never run out of things to talk about. Even if our lives have been benign, uneventful—it doesn't matter, you can just talk about your crazy idea for an Extended deck or your plan to set up a huge storyline draft.

Chris took me under his wing and told me how to draft Ravnica block. "Ribbons of Night over everything." "Don't pass Karoos if you can help it, ever." "Don't play two-drops unless they greatly affect the game state. On turn two you should play a Karoo or a Signet."

Regionals were coming up. Chris and I hadn't really bothered playing Constructed, but I really liked Osyp's Ghost Husk deck. After swapping the main-deck Pithing Needle for Umezawa's Jitte, my friends and I had a deck for Regionals.

Stephen qualified and we were ecstatic. We went back to his house and celebrated. (I may or may not have celebrated a little too hard.)

There's a lot more that transpired after that, but hopefully you get the point I was trying to make. These people come and go from Magic, but our friendships are constant. I'm actually going away with my girlfriend to Miggles' lake house this weekend.

I've tried to be as open as I possibly could for you guys and I hope you've gotten something from what I've said. Feel free to shoot me an email or leave a post on the message boards with thoughts or questions.

You're the best thing that has or will ever happen to me. I love you.