hree weeks ago, at the end of my preview of Murkfiend Liege, I asked all of you for help with a problem: My friend Laura wasn’t having fun, because she had no idea what was going on in our six-player Elder Dragon Highlander game. So I posed a question: What do you do when players in a casual group differ widely in experience, play skill, or card pool? How do you make sure that everybody’s having a good time, especially if you’re playing multiplayer? (Okay, that was two questions.)

I got a lot of great responses both in the forums and in email, so I decided to come back for a follow-up article and share them with all of you. No single suggestion is going to be right for everybody, but hopefully somewhere in here you’ll find something that strikes a chord.

EDH Is Not As... Forgiving As I Am 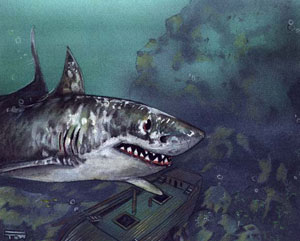 Several readers made the excellent point that I didn’t exactly pick the friendliest format for Laura to play. EDH is to casual as shark tanks are to swimming; it’s a thrill if you’re properly equipped, but you shouldn’t just shove someone in without warning.

In the forum thread, mega-d had this to say:

On the problem at the end: I think that a big multiplayer EDH game is just a terrible environment for the sort of player that you make Laura out to be. It’s the worst of all worlds for a casual player: lots of opponents to keep track of, incredibly potent cards, obscure cards, cards that don’t necessarily even do what they have printed on them anymore, and a format where making dudes and turning ‘em sideways isn’t going to get you very far. Since there are a lot of you, cards are going to be scattered all over the place and not easily readable by one person. Also, if the rest of you more or less knew all the cards pretty well then she could feel singled out, a useless extra wheel who’s just along for the ride and not really participating.

I think the way to alleviate this is for her to play more one-on-one duels with those sorts of decks. It’s one thing to be sitting face to face against a person with a deck full of cards you don’t know. It’s another to be around a big table with five of them.

Still, it might just be the case that EDH isn’t her thing. There are all sorts of ways to play this game, and few people really like all of them. If you take someone who has been playing around the kitchen table with the same few decks since Urza’s Saga and drop him or her into a Shadowmoor draft with seven other players who’ve all done dozens of them already, he or she is probably not going to have a lot of fun, either.

When you put it that way, it’s a no-brainer, isn’t it? Elder Dragon Highlander in particular was created by experienced players, for experienced players, and it makes zero allowances for someone who started playing with Tenth Edition. Maybe we could have played, you know, anything else? (Of course, any format with a deep card pool can have this problem to some extent.)

Beyond exploring different, more approachable formats, mega-d also makes the excellent suggestion of playing some one-on-one with decks from older formats before tackling larger games. If you’ve both got some time, this seems like a great way to prep a newer player for a big group game with cards that he or she isn’t familiar with, especially if you get the chance to try out lots of different decks over time. Speaking of which...

Puca's MischiefIf your group doesn’t want to try a whole different format—many groups don’t—then the next best thing is switching up the decks you play. VraxGrimm, a forum poster and an old friend of mine, offered this up:

I tend to lend new players one of my most powerful decks. Let them drop elbows all night while learning cards; people don’t seem to mind learning as much if they’re winning.

For this reason I tend to give them decks which focus on “big stuff” but also recursion. Newer players tend to get really involved with each creature they play out and then to see a board clearing spell can really ruin the day. Unless! It gets followed up with reanimation, getting an back, something fun like that.

Then I take the night off from playing and just spend it helping guide the new player in learning to play that deck, showing them card interactions and warning them about which players might do what to them. Usually the new player returns and requests to borrow the deck again, I let them play it as long as they like and eventually most folks want to branch out either borrowing more or building something of their own.

That said, EDH is probably the harshest possible world for a newer player, aside from alternate rules formats.

The idea of loaning decks is a great one. Most of the people I play EDH with have multiple decks that they can farm out, and while Laura’s first instinct when she heard about the format was to build her own deck, it would’ve been good to let her play a few games—maybe one-on-one games, as per mega-d‘s suggestion—before she built the deck, or at least before she played it.

But that idea of loaning decks can go both ways. When I was teaching Laura to play and she wanted to start building decks, we started with Sealed Deck—way better than tossing her into my 15,000-card collection and saying “Go.”

After she was comfortable with the basic ideas of deck building, Laura, Laura’s brother Matthew, our friend Will, and myself played a couple of Two-Headed Giant drafts with Lorwyn packs. When we were done, we had a good-sized pile of cards, so we decided to divvy them up by tribe and build decks. (We could just’ve easily divided them by color or whatever, but Lorwyn‘s tribal theme made it really easy to decide who got which cards.)

Will picked Giants, Matthew quickly grabbed Goblins, and I wanted Faeries, because I wanted to see whether was as irritating as it looked. Laura, meanwhile, saw the multiple and in the card pool and decided to build a red-white clash deck—not a tribe, but nobody else wanted the cards, so why not? We played four-player free-for-all, and we were all on basically even footing coming in, so the games were fun and fair.

The clash deck was Laura’s first Constructed deck, and she’ll cheerfully admit it wasn’t very good. Before long, we hauled out more cards and started building other decks. She built a Kithkin deck and an Elf deck, and eventually raided all of my Lorwyn dual lands to build a delightfully absurd (and surprisingly potent) “Changeling Lord” deck with every Lorwyn lord and tons of creatures with changeling.

As we started running her decks against my decks, though, we found that neither of us was having very much fun. My fourteen years of Magic experience had helped me sniff out the power without meaning to. Even my evoke deck—which I was sure was terrible—routinely trounced her decks, and win or lose, it was a slog.

So in the end, she built Lorwyn block decks and loaned them to me, and naturally, they were all on about an even keel. We both had fun, she got to build more decks, and I learned a lot about the kinds of decks that were on her radar. I still couldn’t build a deck that gave any of hers a fair fight, but at least we could play.

Five’s Company, Six is a Crowd

Zoë S. brings up the issue of group size:

Hi, regarding the question of balancing power level at the casual table, what tends to happen with us here in York is that we have lots of games at lots of tables, and everyone brings lots of decks. Newcomers tend to join in with smaller games and get used to the flow and the level. And I usually have a range of power levels in my decks and some built-in weaknesses to keep it interesting, although mine are all pretty tight at the moment. We also like to keep it to three or four players a game, maybe five, as the game runs quicker, people get their turn more often, and it’s easier to track what’s going on. I usually take particular interest with new players to make sure they’re having fun.

Having many games to choose from is a luxury, and sometimes choosing your group size is too, but it’s definitely true that smaller games are easier to follow and quicker to finish.

If you’re sitting down to a six-player game with a new player or two, you could break into a couple of threes, at least for one game, and you’ve automatically given the newcomers a much better chance of being active and involved; if nothing else, they’ve got half as many unfamiliar cards to read.

Two by Two, Hands of Blue

A number of people suggested playing Two-Headed Giant or other team formats such as Emperor. This means that newer players have a more experienced hand showing them the ropes, but they get to make their own decisions, bring their own deck, whatever they’re comfortable with. A friend of mine routinely plays Two-Headed Giant with her five-year-old daughter, and it actually works.

One thing to watch out for here: It’d be pretty easy for an experienced player to get a little overbearing here. If you aim to be a guide instead of a drill sergeant, trust me, everybody will have a better time.

Some people worry about the teams getting lopsided if you’ve got one less experienced player, but since a team’s strategy is usually as good as its best player’s strategy, that’s not as much of a problem as you’d think. When Laura and I started playing 2HG, we discovered that while I’m stronger at strategy, she’s way better at things like remembering to gain life with —a strength of hers we might not have noticed otherwise. That lets us do a little division of labor, where I tell her which creature to kill with and she reminds me to pay echo this time....

You’ll notice a lot of what I talked about here had to do with play formats—how you build decks, how many players sit together, and what alternate rules you use. It’s all well and good for me to make suggestions here—I have my own ways of playing, naturally—but I’ll admit, I’m curious about what you play.

What are your favorite formats? Do you play the same way every week, or try different things? Let us all know in the forums!