The Compendium of Casual Magic, Part 2

et's over-generalize for a moment. There are two types of players:

While these aren't entirely exclusive groups, it's easy to see how each of us would fit into one bucket more than the other. It's also strange to see the effect of each at work.

Looking back through three more years of Serious Fun archives (from 2005 through 2007) wasn't an easy task. From the picture I painted in The Compendium of Casual Magic, Part 1, there are more than one million words set to Serious Fun, counting my own ongoing contributions. That's roughly a hundred-thousand each year or, to use another generalization, the length of an average novel. 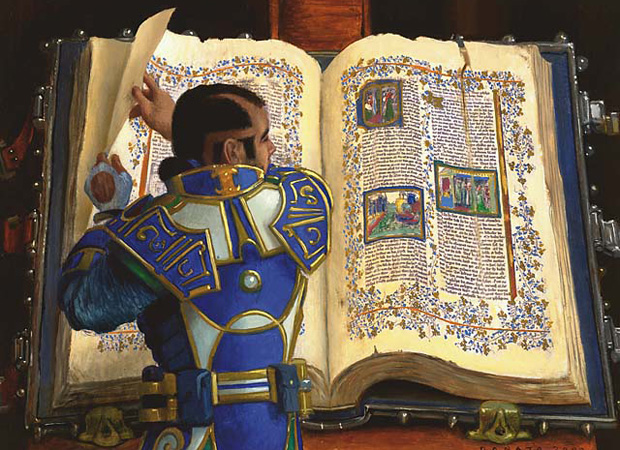 The years of 2005 through 2007 contained the first transition in authorship, from the funky format-finding Anthony Alongi to steeped-in-strategy The Ferrett. While both of these writers adore casual play, I'd also say each is a different type of player.

Anthony cared about cards, what they did, and how they worked. Different cards could shine or fail depending upon the format, and the diversity of ways to play he shared is a testament to loving lots of cards and finding a place to play them.

The Ferrett singularly enjoyed free-for-all multiplayer games—anyone can attack anyone, and so it was less about individual cards and more about what you were doing with them. His approach brought reams of strategy about multiplayer without the variety of formats.

As you may have guessed, one of these writers shared more formats than the other. But that doesn't mean quantity is better.

All Limited formats share the same basic principle: start with booster packs and let the Magic happen. Whether it's the challenge of building something new on the fly or making the most with a motley crew of underappreciated cards, Limited is the best way to make the most from the core state cards come from.

While some of these formats were a revisit by Anthony, Tenpin is something quite different from the others. The idea of "losing" cards is painful, particularly when just a streak of unfavorable randomization can wreck an otherwise fair fight. Among those of you who enjoy unwrapping as many booster as possible in search of the latest awesome, Tenpin puts the power of your deck up for grabs.

Why I believe I would enjoy this format is in how I approach having materials for Limited in general. If you're like me and you have your own Cube or enough packs to share, the cards aren't lost forever. Enabling other players to acquire more cards for their decks and encouraging strong play are handy ways to get more competitive players to join the wacky one booster pack of fun.

The bread and butter of ways to play are the tricky ones. Standard is the most renown format in Magic, although Commander steals that title among those of us who don't compete. What makes a format "Constructed" is the addition of specific deck requirements. Whether it's by restricting which cards are eligible or limiting the number of copies of each card that can be used, building one's own way to fun is as old as the game itself.

Many of these are, again, the whimsical creation of Anthony, but don't be deceived by the short list. Commander used to be called EDH, and The Ferrett was the first to share it in Serious Fun. Two of the more obscure formats that piqued my interest were The Old School Format and The Stalking Bloodsucker.

The Old School Format isn't for the faint of heart. The goal is simple in that each player chooses an older Magic set he or she feels is "old school," creates a deck from just that set (or block, if preferred), and shows up to play without others knowing the sets of choice in advance. It requires a lot of setup, but the payoff is both exploration of sets that get forgotten in the constant march of new releases and that cards otherwise ignored get a second chance at life. Some of the best ideas for Commander and my Cube have come from playing wacky drafts with cards I'd never seen before.

The Stalking Bloodsucker was one of the riffs on player vampirism Anthony generated during Vampire Week. Each player needs ten creatures without defender that total at least 30 power, and has access to the following abilities at instant speed:

Anthony's goal with the "Then... if..." clauses was to prevent abuse, although putting a library into a graveyard seems like an abuse in of itself. Encouraging attack in multiplayer is a wonderful way to keep the game moving, and if I were to try this today I think I'd restrict each ability to being activated once per turn.

If you enjoy extra rules and effects in games, there are plenty of ways to play that add them without special deck rules or requiring booster packs. Changing rules on the whole creates a different set of factors for players, which is a benefit in allowing the same decks to play out differently across several games.

Like last time, the real gems I found are scattered throughout the list of these universal formats. Some are fairly simple but reveal surprising depth, such as The Loan. The only rule is a small change: You can equip any creature on the battlefield, rather than just your own. In Two-Headed Giant or Star Magic, all sorts of shenanigans can happen. Helping your ally seems fair, and it's a great way to "unequip" a creature from something like Lightning Greaves if you don't have a second creature of your own.

The Soul Collector brings one of my favorite mechanics, morph, to every creature. Today, it's usually easy to guess which morph creatures you might see in a multiplayer game. Exalted Angel and Willbender are among the greats at surprising opponents in a way they really didn't expect. But what if Hellkite Tyrant could sneak in similarly? The thought is terrifyingly awesome.

The final format is among the most amusing but sensible I've ever seen. I've been in several games where another player will pick up a land and say, "My Mountain will block for me." It's usually an amusing interdiction before getting smashed because, odds are, said receiving player has no blocker. Imaginary Friend solves that problem neatly. While having a limited number of activations available in a game, Anthony listed out several things this friend could do for a player: 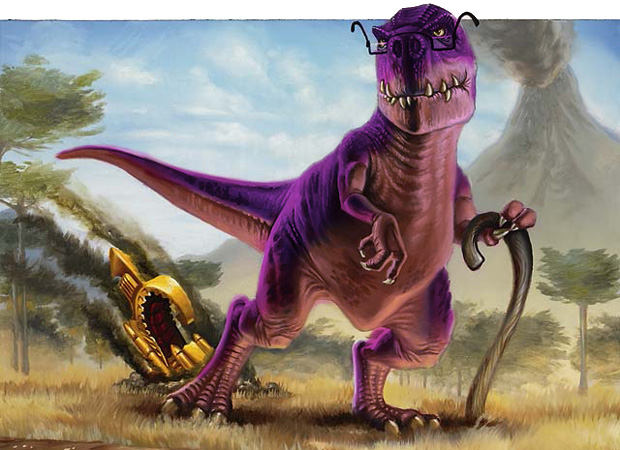 The shtick for Anthony that week was formats involving a pink dinosaur, but your friend can be anything you imagine. All that's important is that the friend can't be abused to do everything, and it's a generally reasonable thing for a friend to do in a game of Magic. I doubt any friend will make another target player lose the game.

There are a few other things that may interest some clever and veteran readers alike.

There is a format Anthony hid behind several "click to reveal" type links. While cutting edge web technology made it awesome back in the day, it's not hidden within the source code of the page. I couldn't be sure if I was pulling it out correctly, but if you have all the details I'm sure we'd like to know, too.

There is another format Anthony shared and hid, but the point was for you to work backwards and solve the format. To avoid giving clues or details, you can find the original, cryptic article and solve it for yourself.

If you give any of these new ways to play a try please let me know. I shared my favorite, but I'm always ready to hear about more. Join us next week when we have a chance to evolve for ourselves. See you then.