wo Magic-related things that make me sad are unopened packs of Magic cards and no one to play against.

For me, the two are closely intertwined. I hate opening a pack of Magic cards in a way that doesn't involve getting more out of it. When I crack open a pack and enjoy that New Card Smell®, I want to be determining which card to pick first in the draft, or which of the cards I'll include in my sealed pool. It feels like such a waste to rip open packs just to fan through them, review the rare, then add the contents to my collection, where they may or may not ever get into a deck. I'd like to see all my cards at least detour through some Limited format before I start sorting them into my collection.1

This is the horror of having no one to play against! If I have packs that need to be opened, but no one to battle against, what can I do? 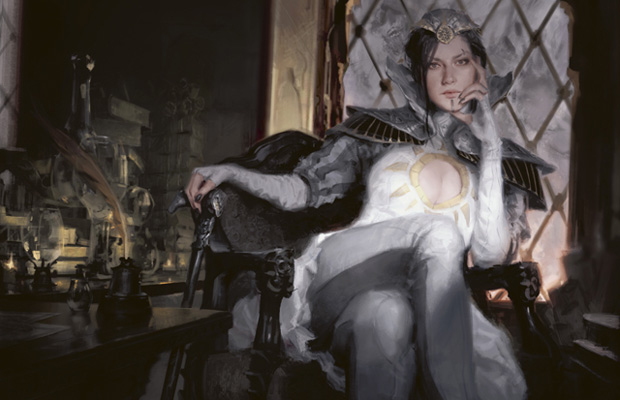 Thankfully, this is rarely a problem for me. With a Magic-playing son in the house and many friends I can call on at a moment's notice, packs rarely stay sealed in my house for more than a few days. This only came up this week due to illness. I was doing my best impression of one of the characters in the art for Sick and Tired recently, so inviting a friend over to crack packs seemed unwise.

I recently recalled an old format called Deep IQ that would solve my problem! I remembered there was some dice rolling, but not the particulars. Luckily, a fellow who goes by Shoe has a website called wooberg.net. Shoe compiles all sorts of Magic variants, from deck-construction variants to game-play variations. A quick search for Deep IQ brought me here (which has the complete rules for the format).

The gist is that you play against an opponent who gets gradually more difficult to beat. Most of the decisions are made by rolling dice to determine which actions Deep IQ will take from a list of possibilities in a variety of tables, but you are still expected to play intelligently for Deep IQ.

I took the opportunity to open some packs and put together a sealed deck to battle Deep IQ. These six guild packs (left over from the Dragon's Maze Prerelease) were used to put together the sealed deck I would use to do battle. 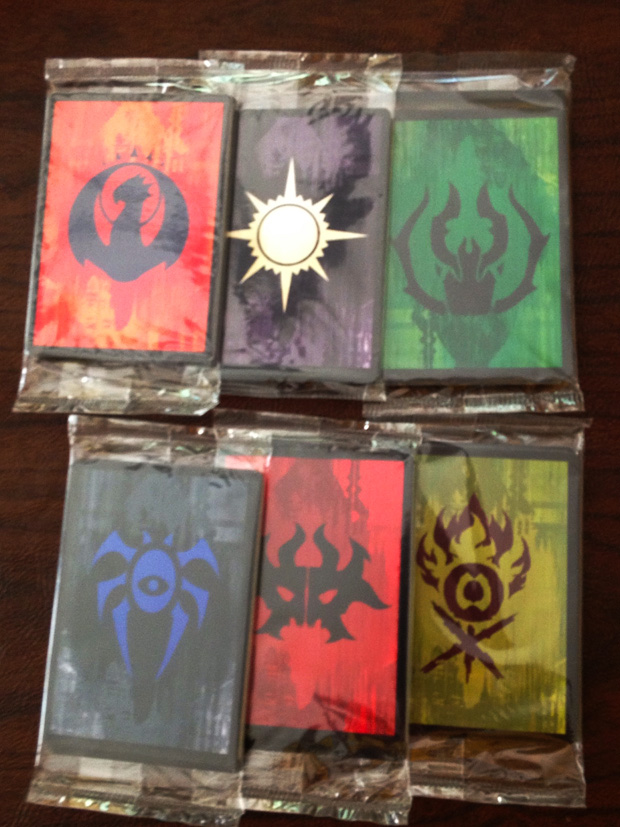 I chose six separate guilds so I wouldn't have a loaded guild to start out. Of the six packs, I narrowed down my options to a BRG deck that was chock full of removal. I started to put together the land I'd need and realized that I could drop four cards and have a solid Gruul deck that used creature damage to get the win. What was this furious set of forty I would use to do battle?

I discovered a problem with one of my deck choices in a format like this. Deathrite Shaman is not nearly as good against an opponent who never has a card in the graveyard! I also removed all black mana sources, so even if I put an instant or sorcery into my own graveyard, Deep IQ would not be losing life. A card that had me fist pumping when I pulled it was only a disappointment every time I played it.

So, would these forty cards be good enough to beat Deep IQ?

Several games later, it appeared that Deep IQ hadn't aged well. I had hoped to regale you with tales of impressive battles and crazy game swings, but there was almost none of that. The creatures I played in my sealed deck were more than a match for the creatures Deep IQ played. Deep IQ's creatures with banding and phasing and other outmoded abilities2 just weren't good enough. The one game I lost involved Deep IQ reaching Table VI in four turns and managing to roll an option that destroyed every permanent that I had on the board, including lands. While that was interesting, it was also very lucky. Deep IQ would need a face lift. 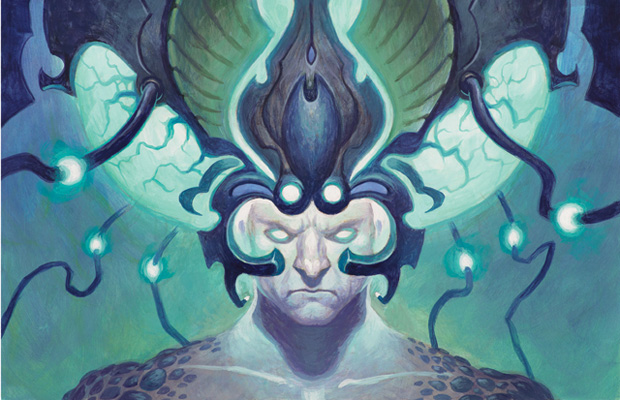 We Can Rebuild: Better, Stronger, Faster

The beautiful part of the Deep IQ variant is that you can easily change it to make it more or less difficult to win. Knowing that the sealed deck I used was nowhere near as powerful as the decks I already had built from my total collection, I decided Deep IQ would need a significant improvement.

I started by updating the tables. It was clear that Deep IQ would be okay if it could get to Table V and VI, so I made it easier for it to advance. I then went through and updated some of the creature abilities. Deathtouch, first strike, and lifelink would replace flanking and banding. I also upped the bonuses on some of the creature options. I finished by bringing the wording up to date as well. Vigilance, haste, exiling, and the battlefield are all new to Deep IQ. I give you Deep IQ—2013!

The updated Tables and Charts are as follows (you will need a ten-sided die):

I suspect that I'll continue to improve the options on the charts and tables. Each of you should feel free to flavor it to taste. While I prefer a mild salsa, I expect many of you like it hot, so feel free to really ratchet up Deep IQ and make it a serious challenge for any of your decks!


1: My sorting process leaves me dancing the line between organized and obsessive compulsive.( return )

2: When was the last time you used a creature with flanking?( return )