Don't Get MAD, Get Glad

Joe had a Fiendslayer Paladin on the battlefield early in the game. It was the only creature, so there was no real downside to attacking with it, particularly since he wouldn't be leaving himself open to anyone else's creatures. Joe decided to attack Frank.

"Are you sure you want to do that?" Frank asked.

"I attacked Bruce last round, and now it is your turn," Joe replied, trying to explain why he would attack him. Frank was vulnerable to attack because he was playing a burn deck with minimal creatures. Frank took the damage, Joe played another creature, and the turn passed. But the warning siren was going off and everyone at the table could hear it.

On Frank's next turn, he killed off Joe's other creature (gong, gong, gong), then sent damage to Joe directly (gong, gong, gong), leaving Joe at less life than anyone else. The attacks went back and forth for a few turns, but eventually, Frank took Joe out of the game. Joe went ballistic.

"Why the hell would you keep attacking me?! I was the least threatening opponent on the table!"

Frank sees an opportunity and digs back, "Why do you have to whine all the time when we play Magic?"

"I'm not whining, I just think you are stupid for attacking someone who is no threat to you."

"You attacked me first! I warned you!"


AD is a strategy I see many players use. They sit there and never attack anyone. They build up their defenses, piling lands on top of each other and try to make it almost impossible to attack them. They make it clear to their opponents that the first person to attack them will die, even if they themselves have to die to make that happen. This threat of Mutually Assured Destruction (MAD)1 leaves the other players to fight among themselves until there is only one opponent remaining. The MAD player, who has been stockpiling powerful cards and setting up his or her defenses all game, makes short work of the remaining player and scores the win. 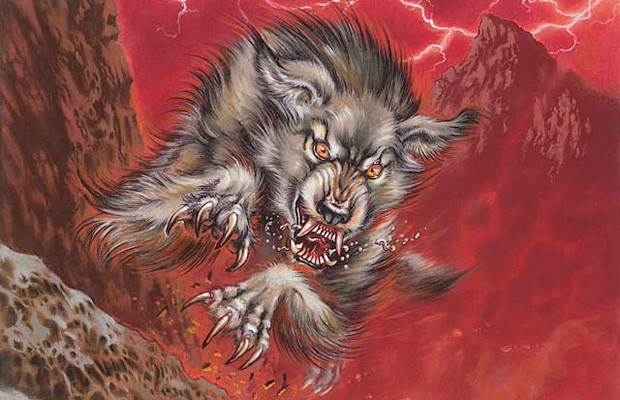 The goal is to discourage others from attacking by making the option more unpalatable than any other option.

MAD can work, and often does. If the MAD player is willing to sacrifice a few games to prove his or her willingness to do anything to take out an opponent, oftentimes, opponents will stop attacking. The goal of most casual games is to win and have fun doing it. When attacking an opponent guarantees the game will not be fun for you and you will not win, why would you attack? You can see why this play style can work, and why some players choose to employ it.

The Problems With Getting MAD (It's More Than Just High Blood Pressure!) 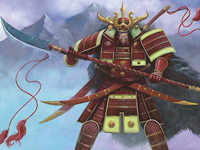 There are some serious drawbacks to using MAD as your strategy. MAD simply limits early damage, increasing your win percentage. Your deck still has to be able to take out an opponent. This strategy is not a replacement for poor play skill or a haven for players who can't build decks. MAD simply eliminates that handful of early damage each of us takes in random games when we get off to a slow start, and it can discourage players from targeting you in the early midgame when players can do some serious damage but aren't sure who to swing at just yet. You will, at some point, be forced to deal with an opponent.

MAD also limits deck options. You really want a deck that can take out a single opponent quickly, yet still has something in reserve. A player using MAD who can't kill that early opponent who attacks to see what you can do, loses the "threat aura." If the fear of annihilation is gone, the deterrent is gone as well, and opponents will start attacking you. Soon, you will find yourself having a long fight to recreate that threat aura. This will mean many more lost games in the short term.

It's Breaking Us Apart!

The real problem with MAD isn't the weaknesses inherent in the strategy. The real problem with MAD is what it can do to your playgroup. If MAD proves to be a successful strategy in your playgroup, how long will it take for others to copy it? When games involve five players, all of whom are waiting for someone to attack them, the game devolves into idiocy. It will not take long for your games to become unfun, and your group starts to splinter. 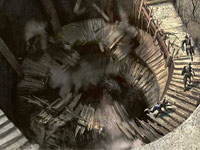 So how do you combat MAD? I have heard three options often recommended.

I can't speak to how effective this plan will be, as I've never used it. A MAD player who is blindly determined may leave the playgroup offering up a Sacrificial Lamb for days or weeks.

A second option is the Gang Tackle approach. Everyone attacks the MAD player until he or she is dead, with the understanding that they will stop doing it when that player abandons MAD theory. Sort of MAD theory in reverse!

This seems like a more egalitarian approach, but it probably won't work as well as the Sacrificial Lamb. Even if every player is, in fact, using every resource to take out the MAD player, some decks will not offer much early threat. Those decks will be in a better position to win the game once the MAD player is eliminated. Since players will know this, the attack on the MAD player will become limited to what the weakest player can do, in an effort to split the requirements evenly.

A third option is to build instant-win combo decks. If you win by destroying everyone in one fell swoop, the MAD player won't get the chance to come after you, since the game will be over.

This resolution seems like solving one problem by creating another one. Having a MAD player in the group can be problematic because it can take the fun out of the game for at least one other player in the group every game. Relying on an instant-combo victory will take the fun out of the game for everyone in the group. Everyone will be forced to attack the player threatening the combo first. Unfortunately, the MAD player is unlikely to do that, since the combo player hasn't attacked. The problems for your group seem to be compounded with this third option.

We Can Work it Out 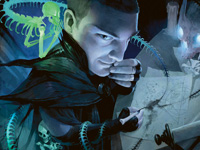 In spite of all this, there is another, far more effective option, that won't force your playgroup into destructive, unfun gaming for what could take a very long time, and likely result in losing a player from your group?

Ask the player to stop.

For the most part, Magic players are intelligent, logical thinkers. It is likely that the people you play with are a good bunch of friends; you did pick these folks to spend your evenings together! When players understand that what they are doing isn't fun for the group as a whole, then tend to stop doing it. Most times, it doesn't even need to be a rule; it is just something everyone understands is required or discouraged.

My group has had the problem pop up from time to time. Our first decision was to try the Gang Tackle method on the MAD player. We didn't have much fun during that time, but it did solve the problem in a way that was not intended: the MAD player left the group. This was not a high point for me. I like group harmony and I want everyone to have a good time. Our decision to act this way proved childish and our group shrunk as a result.

The second time this happened, I had a "frank" discussion with Frank.2 It was a tough position for him to step away from; it was how he had always played the game. It was never a decision to follow MAD theory, it was just how he played Magic. While it took some time, he learned to find a balance between avoiding early conflict to allow for card advantage, and enacting a crushing vengeance whenever someone chose to attack him.

The general social contract of Magic, and gaming more broadly, is to have fun. If you find you are doing something that is sucking the fun out of the games for your friends, take a good look at what you are doing and figure out how to make what you do fun for everyone.

If it isn't fun for everyone, you're doing it wrong.


1: Admittedly, destruction is not mutually assured. The MAD player can stop the attacking at any time, or could kill the offending opponent and still be strong enough to stop anyone else from wiping him or her from the game. However, it is more likely that both players will die, even if it requires a third or fourth player to make the final killing blow.(return)
2: Names were changed to either protect my friends or to set up for this gag. You can determine which. (return)