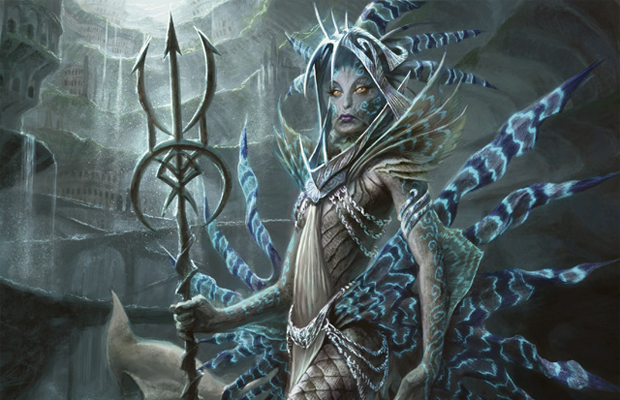 Citizens of Ravnica, thank you for gathering at this ancient place under rain-skiesi. We strive to honor surface traditions by taking this sanctioned stage for our address.

Many millennia have passed since surface-walkers have seen Ravnica's oceans. But they persist, under many layers of city. Izzet magewrights reached down to us in ages past to build our world's water systems. Others delved close to us, seeking darkness and secrecyii. All the while, we held fast in our deep home.

Two principles guide my race. The first we call the Holdfast. This principle binds us to the sea, as kelp binds to the sea floor so it does not drift away. It roots us, keeps us deep, and safe from swells of ambition, pride, dogma. The Holdfast has made us content to remain in the buried oceans for many epochs.

But another principle countervails the Holdfast. Our oceans live and breathe in great cycles, and the depleted waters above must be replenished by richer waters from below: the Upwelling. Without the Upwelling, our seas would be a tomb. 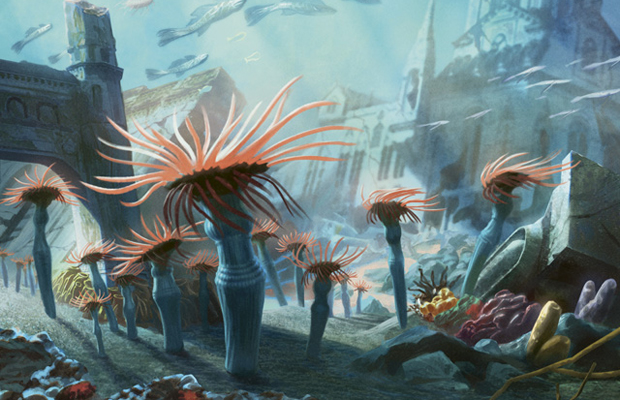 Years ago, my peopleiii detected new growth reaching downward toward our waters—a growth not seen for many millennia. Roots! The taproots of great surface-trees,iv plumbing the depths through stone and steel to find water. An auspicious homecoming.

We did not know yet that this was your doing, surface-walkers. We sought knowledge of your world over the centuries, so we knew of the guilds and their aims. We did not anticipate some of you working together to create more wild places on Ravnica. Not until later did we learn of your efforts. Not until now have we declared to the world our admiration and our desire to support this work.

As the surface reached downward, we felt pulled upward, revivified and gladdened by the new life. The deepsages sought places for our own great Upwelling—uninhabited places that could become lasting tunnels between your world and ours. The first is what you now know as Zonot One.

With our most powerful biomancy, we opened the first zonot and reinforced it with great lattices of sea-plants. We were at first unsure of its stability, despite our careful planning. But it held and became our first portal to the surface, an inverse tower suited to our nature. We knew we would be a curiosity on the surface; we knew we risked violence against us simply by emerging.v But we calculated that Ravnicans would be grateful when they gazed on their own oceans at long last, if only in glimpses. And we were correct.

Since then, we have created other zonots, and more will follow.vi Each zonot will become a community, and each will have a speaker. These speakers will in turn have a prime speaker, and for now I fulfill that role.

As prime speaker, I have conferred with many leaders during the last few months. Through them I learned that the new growth reaching our depths was purposeful, nurtured by The Wilds Initiative.vii Let this noble effort not be covert: a visionary cadre of Golgari, Gruul, and Selesnya shamans and druids has worked in concert for many years to cultivate wild space across the world. This cross-guild effort, unsanctioned by guildmasters, has the potential to reshape Ravnica, to truly resurrect nature on our world. A grand Upwelling. 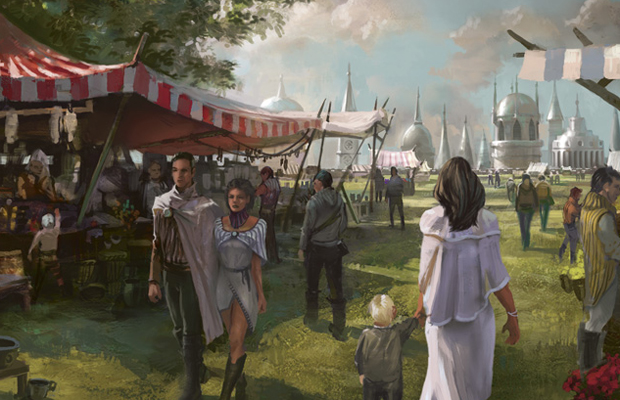 So it is those among you, surface-walkers, who have begun this new cycle of renewal. Your actions brought us up from the depths and reunited you with your vast, covered oceans. But another element must be acknowledged if we are to succeed: the remnants of the Simic Combine.

Learning of Momir Vig's hubris saddened us, and the havoc wreaked by his creations is not forgivable. The cytoplasts, Experiment Kraj.... The Vigians drifted too far from their purpose. They abandoned their role as keepers of nature and instead saw it as a plaything.

They lost the Holdfast.

We have sought out what is left of the Combine. We have brought to these encounters our principles and our goals. Even now, those who believe in the true Simic mission are joining us,viii knowing that with our help the Wilds will prosper, and that we will never be carried away by the currents of pride or progress as Vig was.

Our home is fathoms down, and we will remain tethered to it forever. We strive for an enduring connection between Ravnica's highest heights and deepest depths, and we seek your help. We are the Simic."ix 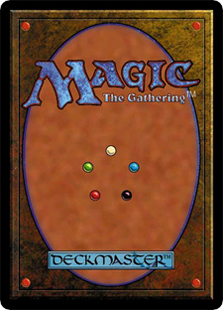